How Are You Going Orange?

Share All sharing options for: How Are You Going Orange? 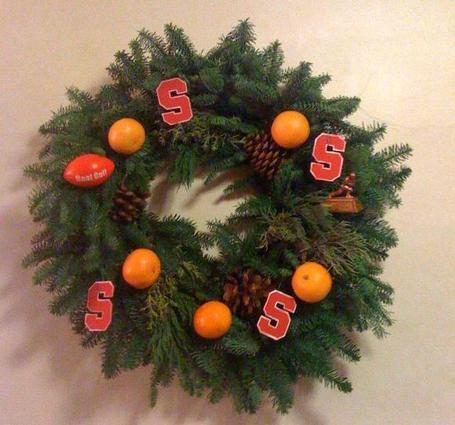 As far as getting-to-the-Orange-Bowl stories go, mine is pretty boring. A redeye from Long Beach arriving on the morning of January 3rd sorta pales in comparison to the crazy itineraries of some of the fans who have shared their travel plans on the Stanford Alumni Facebook page.

Martin Corpos, '04, is coming from India. Six other alumns are making the short trip from palindrome-friendly Panama. Stanford's widespread fan base is certainly determined to prove that the attendance at home games this season was not an accurate reflection of how well Cardinal supporters will travel for the Orange Bowl.

In an effort to harness the enthusiasm leading up to Stanford's first BCS bowl since 2000, the Stanford Alumni Association is offering a football signed by Jim Harbaugh and Andrew Luck for the fan who creates a video that best tells the story of the "Cardinal going Orange." Awesome.

While you're on Facebook, please drop on over to the Rule of Tree page and become a fan. I plan to launch a Bowl Pick'em Contest tomorrow and do more with the Facebook page in the coming months. The Bowl Pick'em group will be open to all readers, but only those who "Like" RoT on Facebook or follow me on Twitter will be eligible for the to-be-determined small prize. (It will most likely be a souvenir from the Orange Bowl. If I thought the needles would hold up, I'd ship the second-place winner the Stanford wreath pictured above that I made last weekend.)

So, how are you going Orange?