1993 Big Game Program: Cal Wins One For Its Seniors

Share All sharing options for: 1993 Big Game Program: Cal Wins One For Its Seniors 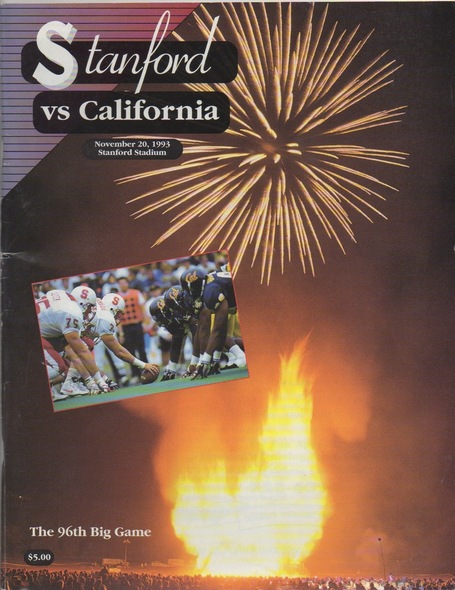 Led by running back Lindsey Chapman, who scored four touchdowns, Cal ended a four-game losing streak in Big Game with a 46-17 win at Stanford Stadium. Cardinal quarterback Steve Stenstrom, who set a new Pac-10 record for passing yards in a season, was 27-of-51 for 346 yards against Cal, but he threw two interceptions.