Share All sharing options for: 1924 Big Game: An Instant Classic 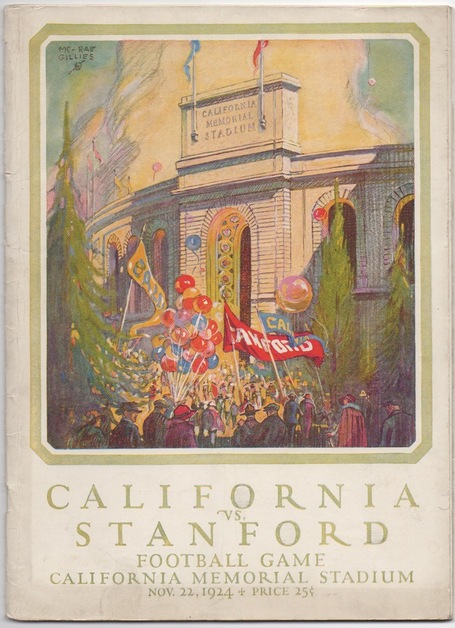 The 1924 Big Game at Cal's Memorial Stadium was a classic. Seventy-seven thousand fans filled the seats and another 20,000 watched from Tightwad Hill as Stanford rallied back from a 14-point deficit in the fourth quarter to force a 20-20 tie. My grandfather's parents claimed it was the greatest football game they ever saw. Backup quarterback Ed Walker threw a 20-yard touchdown pass to Ted Shipkey to start the comeback and found Murray Cuddeback for a 34-yard touchdown to cap an 81-yard drive in the game's final seconds. Stanford went on to play in the Rose Bowl, losing to Knute Rockne and the Four Horsemen, 27-10.

More images from inside the program after the jump. 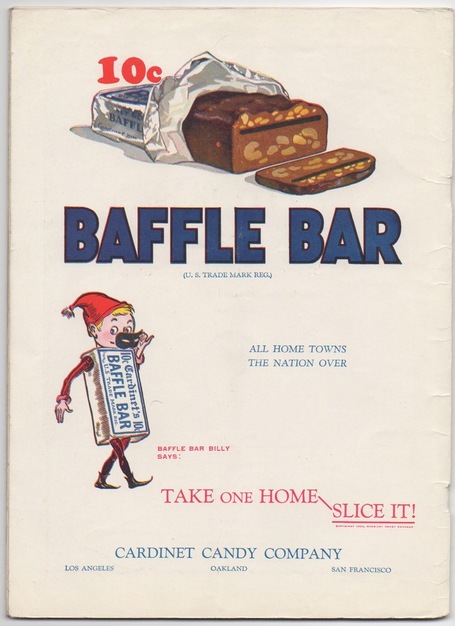 I just like this ad on the inside cover. 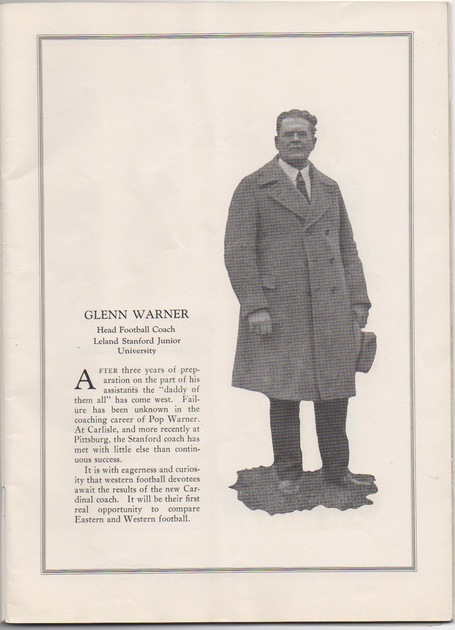 Glenn "Pop" Warner's Stanford team entered the game with a 7-0 record, but was still a heavy underdog to the 7-0-1 Bears, who had won five consecutive Big Games. Ernie Nevers was among the many Stanford players who were injured. 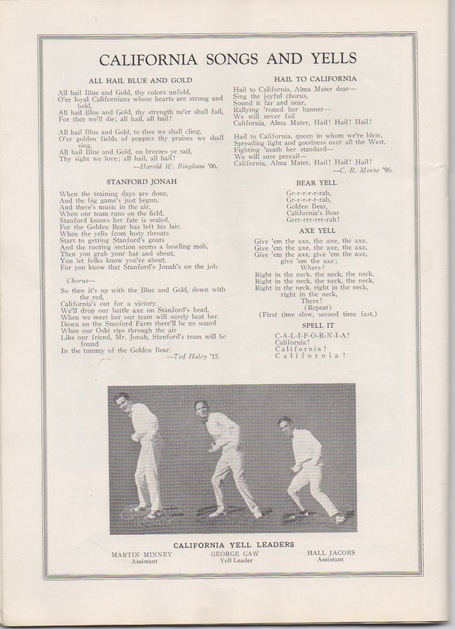 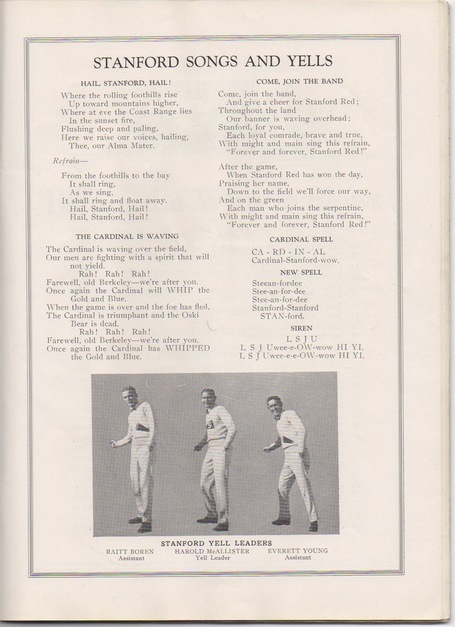