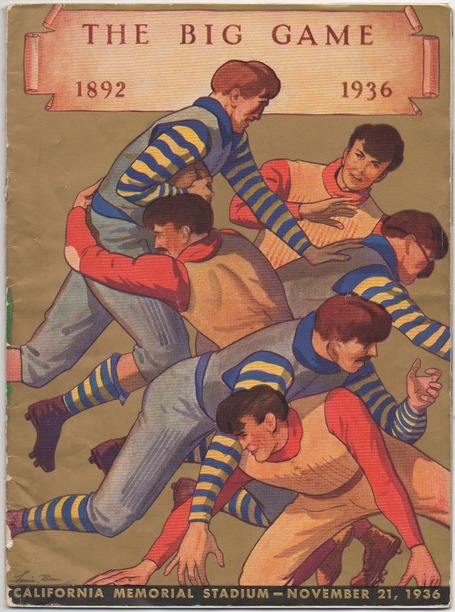 Stanford certainly missed the Vow Boys. After going winless in their first four games, the Indians carried a 2-3-2 record into Big Game. Cal put an end to Stanford's four-game unbeaten streak in the series with a 20-0 win. Stanford would lose at Columbia the following week to fall to 2-5-2, the team's worst record since the 1899 season. 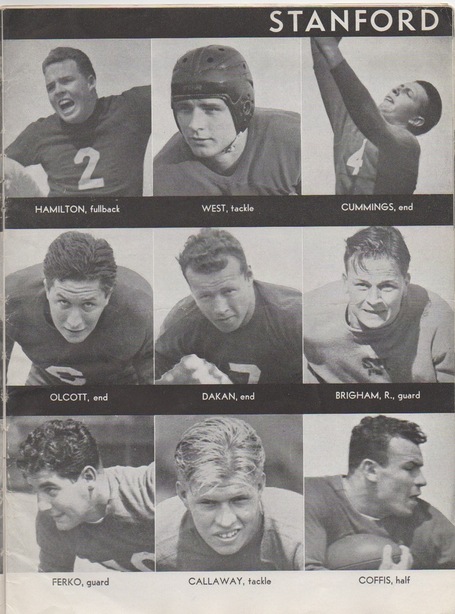 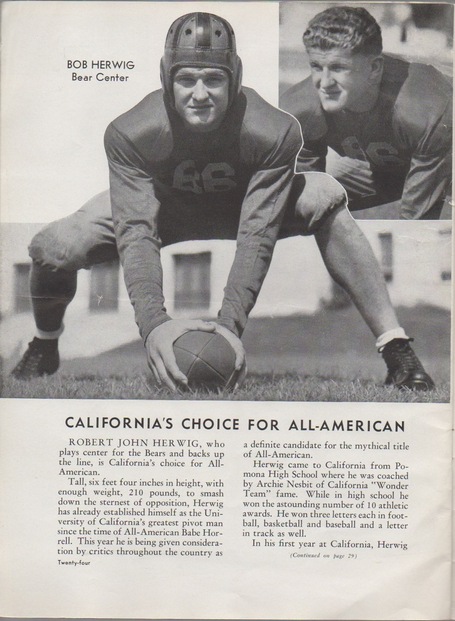 Herwig was named a Second Team All-American by the Associated Press. 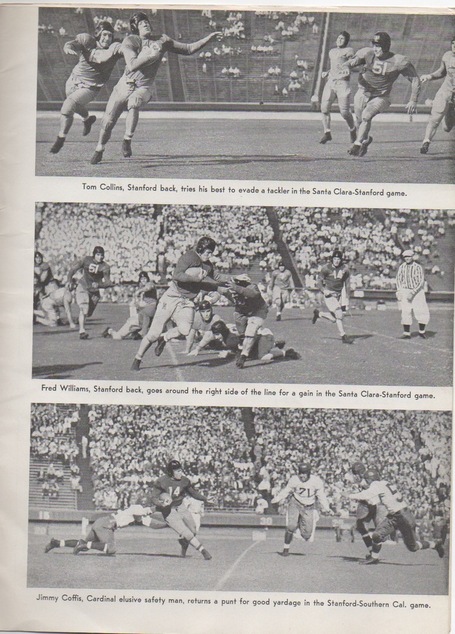 Action shots from the 1936 season. 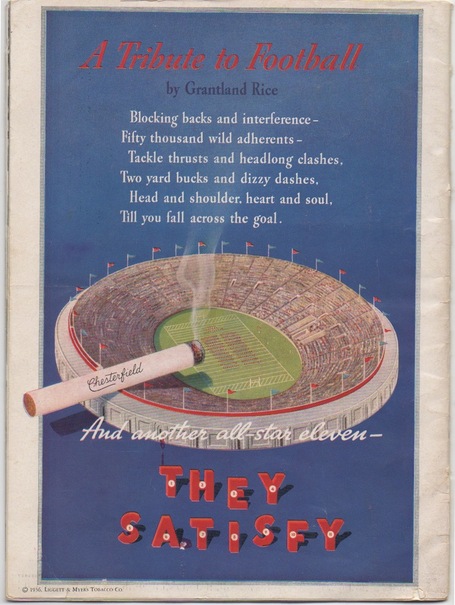