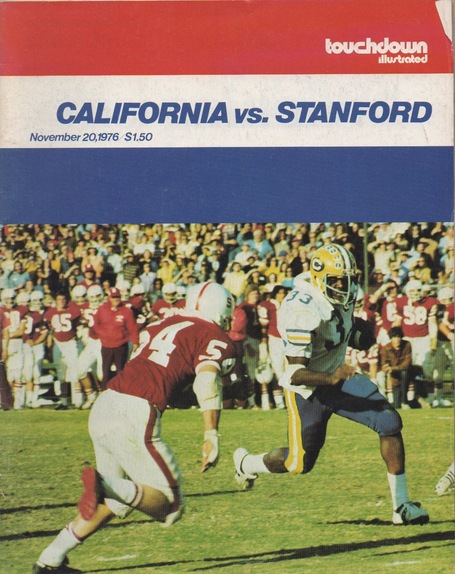 One day after it was announced that Jack Christiansen would be fired at the end of the season, Stanford carried its lame duck head coach onto the field for the 1976 Big Game and sent him out with a memorable 27-24 win. Ron Inge's 1-yard TD run with 1:31 to play was the difference in the game.

"I've never played a game where I wound up crying at the end," said Stanford quarterback Mike Cordova, according to Gary Migdol's Stanford: Home of Champions. "I think every guy, every person and every coach started crying when Coach told us he was finished." Christiansen finished with a 30-23-3 record in five seasons at Stanford.