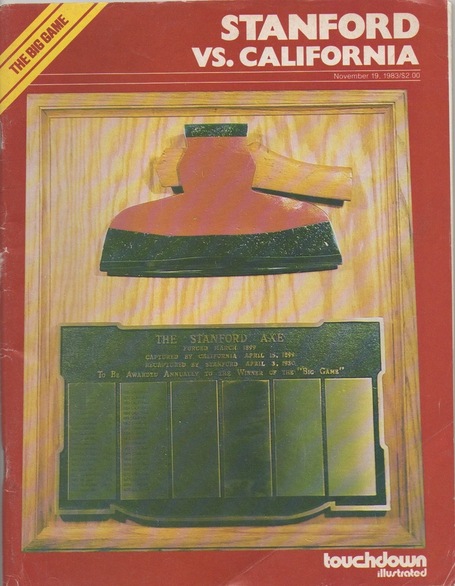 Cal quarterback Gale Gilbert threw for 263 yards and two touchdowns to lead the Bears to a 27-18 win in Paul Wiggin's last game as Stanford's head coach. Wiggin was asked to resign after Stanford lost its first six games of the season. The Cardinal won one game in 1983. 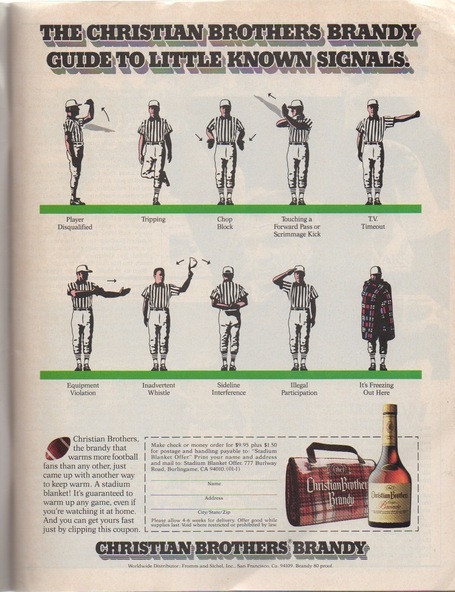 I would've sent away for a Christian Brothers Brandy blanket. 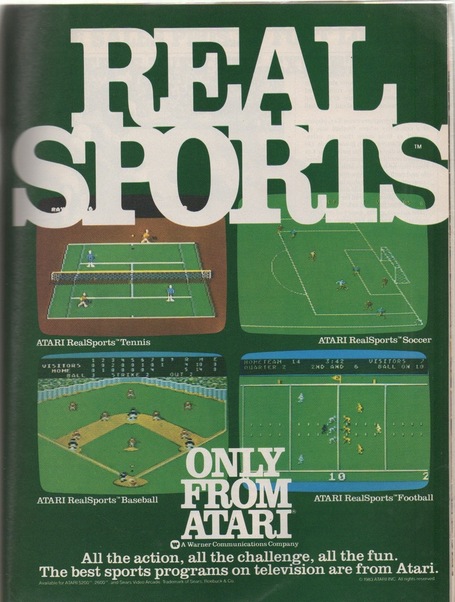 ATARI was a regular advertiser in Touchdown Illustrated. Look at those pixels. 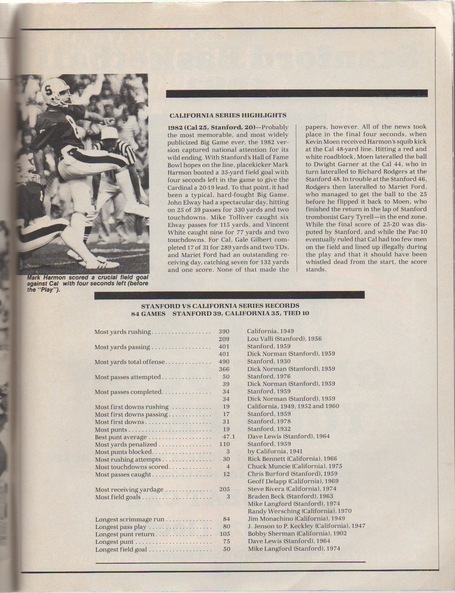 Here's the only mention of The Play in the 1983 program.