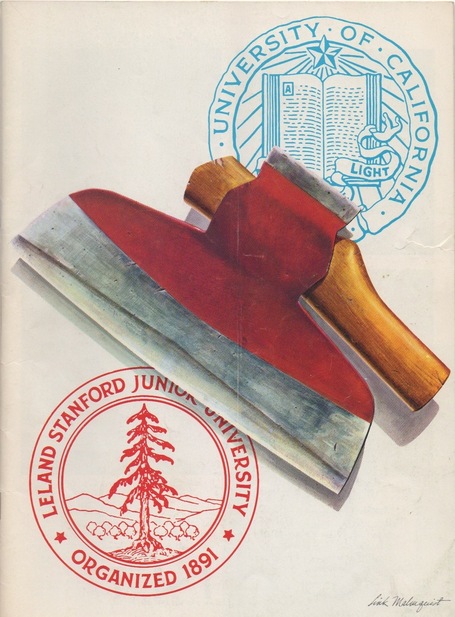 Stanford, which was looking for its seventh straight Big Game win, entered as six-point favorites, but Cal took back the Axe with a 26-3 win. Things got a little testy between the Stanford and Cal bands. From the Stanford Daily:  "A riot nearly broke out between the two bands over an incident involving some missing Stanford band hats. The situation was quickly brought under control by men placed along the sidelines to prevent any direct confrontation of rival musicians." Thank goodness for those men. I wonder if they wore yellow jackets.

After the jump: famous people! 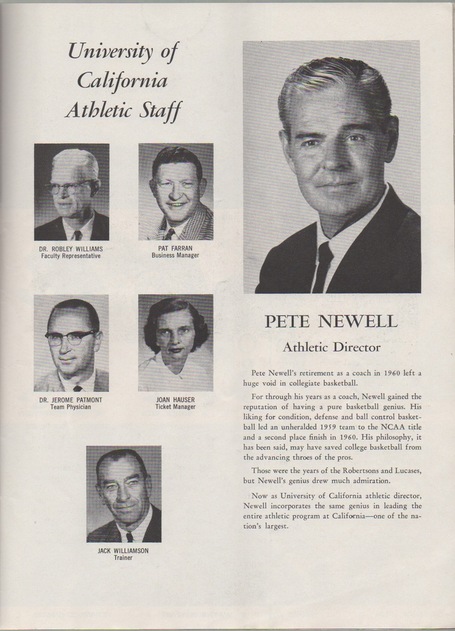 Pete Newell didn't see many Big Game wins during his tenure as the athletic director at Cal from 1960 to 1968. 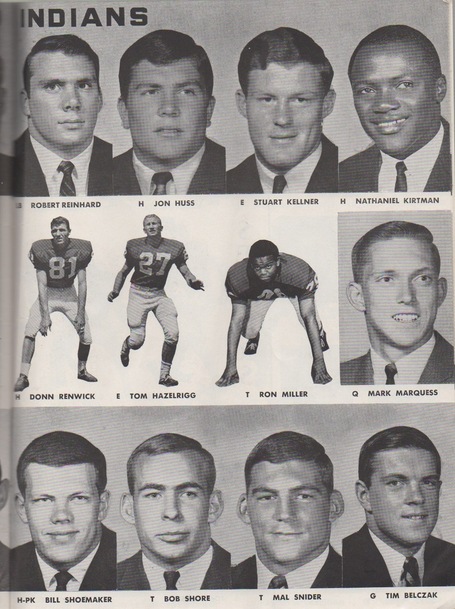 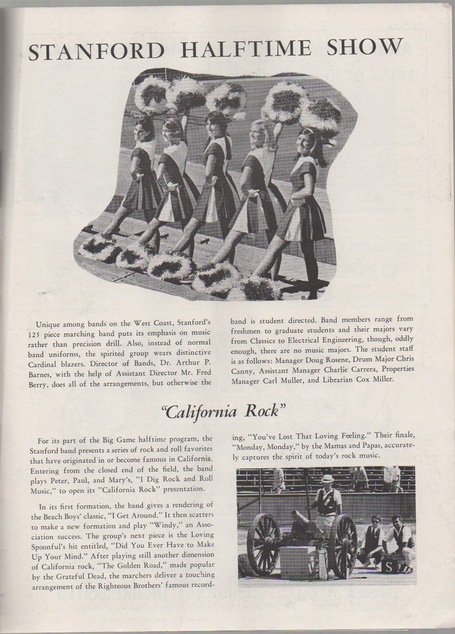 Stay away from our band hats.