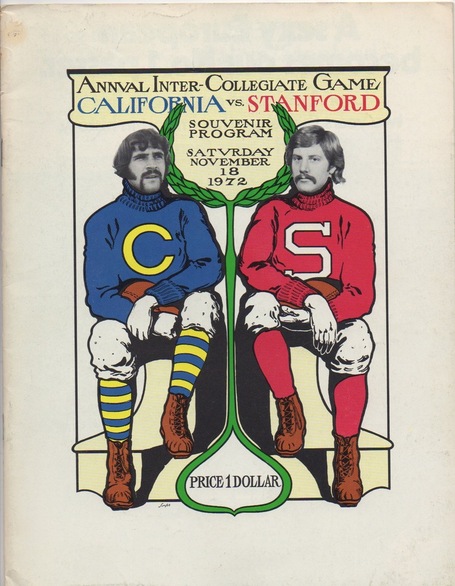 Trailing 21-18 with 3 seconds to play,  Cal quarterback Vince Ferragamo found Steve Sweeney in the back of the end zone for the game-winning touchdown. The pass capped a 62-yard drive on a muddy field that began with only 1:13 remaining. Cal won the Big Game, but the designer of this program won the day. The cover design is explained on page 1:

"On this, the diamond jubilee anniversary of the Big Game, the California Gridiron salutes the oldest football series on the West Coast. Times have changed as is evident in art work on today's program cover. Our thanks to Bill Ellsworth and to the Big Game Week Magazine staff for providing the 1903 program cover to copy. The faces, which seem to fit considering the turn-of-the-century grooming standards, are those of two of today's stars--Steve Sweeney of California and Randy Poltl of Stanford." 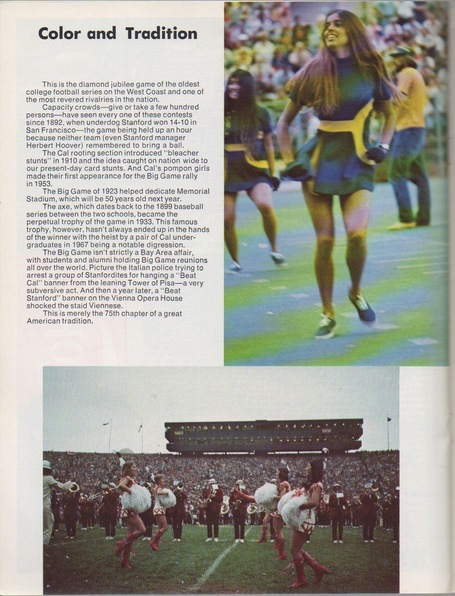 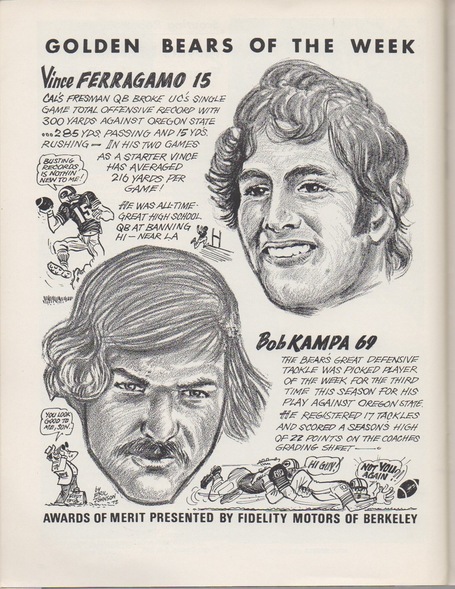 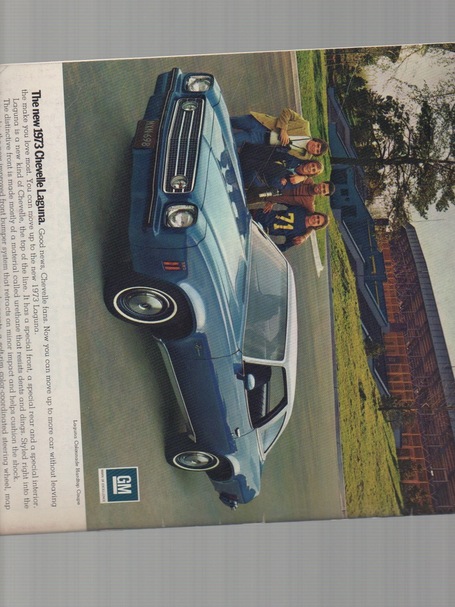