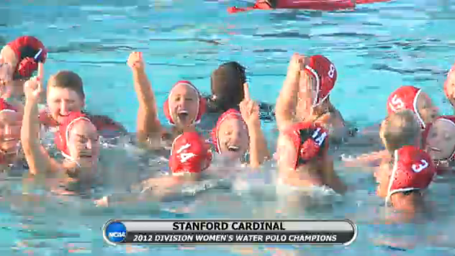 Stanford cruised past UC Irvine in the semifinals, but faced a much stiffer test from the third-seeded Trojans, who knocked off second-seeded UCLA on Saturday.

The Cardinal led 3-2 after one period and took that same one-goal lead into halftime. The teams traded goals in the third period and USC tied the game at 4-4 early in the final period. Stanford capitalized on a 6-on-5 opportunity to take the lead for good with 4 minutes to play. Senior Pallavi Menon added an insurance goal with 1:11 remaining.

The title was the third in program history, all under head coach John Tanner. Members of the Stanford field hockey and women's soccer teams were among the Cardinal's many supporters in San Diego. Congrats!