We have a pretty good idea of what to expect from the likes of Stepfan Taylor and Chase Thomas this season, but replacing Andrew Luck and the other members of last year's 11-win squad will require a team effort. Over the next 12 days we'll profile 12 less heralded Cardinal players whose ability to adjust to larger roles could determine whether Stanford is competing for a third straight BCS invite or settling for a spot in the Kraft Fight Hunger Bowl.

Where He Came From: Yankey came to Stanford from Roswell, Ga., where he was ranked the 47th-best offensive tackle in the country and the 53rd-best player in the Peach State. Yankey had offers from a ton of ACC and SEC schools, and turned down big names like Georgia, Florida, Florida State, Clemson and South Carolina.

What He's Done: Yankey stepped into his role as a starter last year, taking over for Andrew Phillips at the left guard spot and starting all 13 games. He began as a guy fans and coaches didn't know anything about and struggled a little bit at the beginning of last season, but he managed to solidify his spot on the line and help keep Luck upright as the year went along. Overall, Yankey certainly became a player that was viewed as a rising star along the o-line.

Training Camp Outlook: Yankey is so critical to the Cardinal offense's success in 2012 not only because he's being counted on to clear holes for Stepfan Taylor and keep the new quarterback clean, but also because he'll be counted on to tutor whoever ends up taking over at left tackle. He's definitely gotten bigger and better as a player during his time on the Farm, but he'll need to be on point in his new role as a leader of the offensive line with such a highly touted class of recruits arriving on campus. And while center Sam Schwartzstein is the most experienced member of the "Tunnel Workers Union," Yankey is being hailed as the next great offensive lineman to come from the Farm - Athlon Sports tabbed Yankey the 21st-best player in the Pac-12 this season and CBS Sports said he was the 4th-best lineman in the conference. Now it's time for him to prove it. 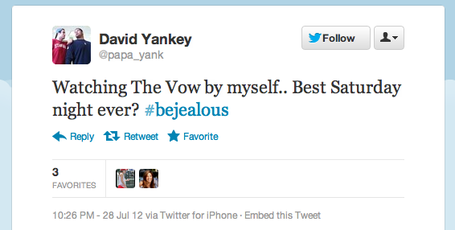 Alphabetically Speaking: Yankey lies right after Austin Yancey, who earned four straight letters from 2006-10, and just ahead of Charles Young, who lettered from 1993-1995.

Related Video: For their final project in Science, Technology and Society 112, Yankey and running back Jackson Cummings made this informative video about the Beats by Dre headphones. Very informative and nice production value, fellas.

Fun Fact: Yankey's got a fascinating family backstory - his mother, Darina, grew up in Bernolakovo, Czechoslovakia, and his father, David, is from Ghana. The Yankeys met in Sydney, Australia, where their son, David Famiyekyi Yankey, was born. The family moved to Georgia when the younger David was eight years old.