Six interceptions. In one half. Not even the Jacksonville Jaguars could do that.

But Utah quarterback Travis Wilson did it just a week ago against UCLA, tossing six picks in the second half as the Utes fell to the Bruins, 34-27.

So how, exactly, does one manage to throw six picks in one half of football? Obviously it's not easy to do - but a combination of mistakes from Wilson and huge pressure from the Bruins' D-line helped the boys from Westwood walk away with the win and stay unbeaten.

If Stanford can rip a page from UCLA's defensive playbook and force Wilson to make these costly mistakes again, it'll more than likely mean very good things for the Cardinal. So let's go to the tape and see how Stanford will keep its 29-game streak with a turnover alive.

Here's Wilson's first interception of the day. Here's the pre-snap setup from above and from the quarterback's view. The two deep crossing routes the Utes run are diagrammed in red, while the guy who makes the interception, linebacker Jordan Zumwalt, is circled in yellow. 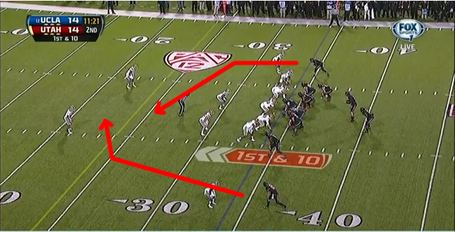 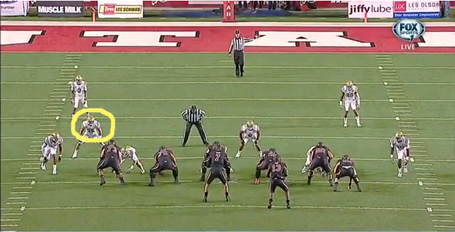 At the snap, the Utes run a quick play-action with the running back, while UCLA sends the three down linemen and the two edge rushers after the quarterback. Utah initially does a pretty good job of giving Wilson time to look downfield - except for the left guard, who lets his defender go unblocked to the running back. Then, he stands straight up. Dude, what are you doing? 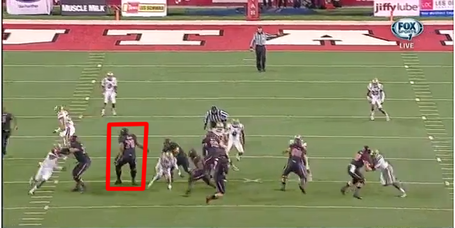 Meanwhile, Zumwalt turns and runs with the wide receiver on his side of the field while the Utes' other wideout streaks across the field on his underneath crossing route. 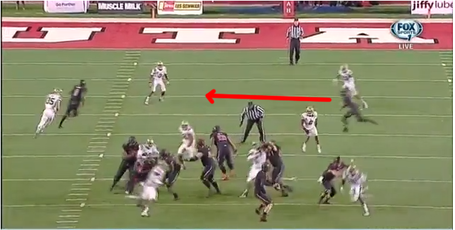 Wilson sets and fires, thinking that Zumwalt will just keep running with his man. Instead, the linebacker pulls up and stops - he's obviously in zone coverage - and turns around. By then, the UCLA pressure is starting to get to Wilson , so he floats the pass a little bit and it becomes a jump ball between his crossing receiver and the LB. Zumwalt makes the big play and picks it off. 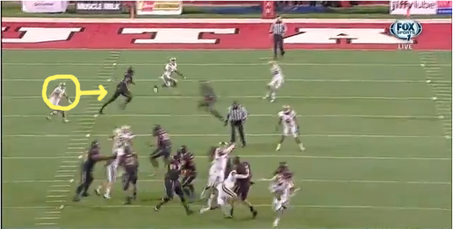 Altogether, it's a combination of a bad read by the QB and insufficient blocking by the O-line. Neither is a recipe for success, and they mix together as well as ice cream and ketchup.

Wilson's second and third interceptions of the day were both caused by UCLA pressure. Both times, a Bruins defender got a hand in his face and forced Wilson to make a panicked throw. 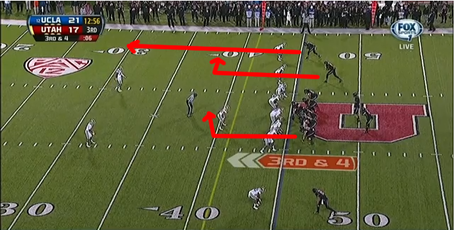 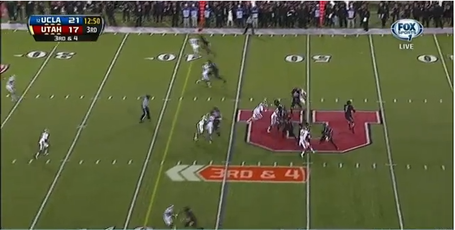 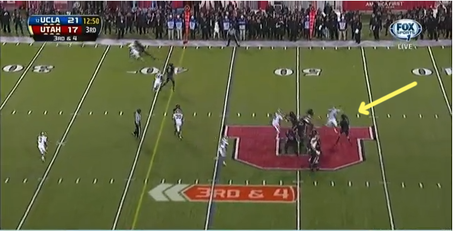 Here, the pressure comes off the right tackle - right in Wilson's face - and he once again floats the ball a little bit. From there, the defender makes a remarkable play to catch the ball, but a fluky interception is still an interception. (Seriously, watch it. It's pretty incredible.) 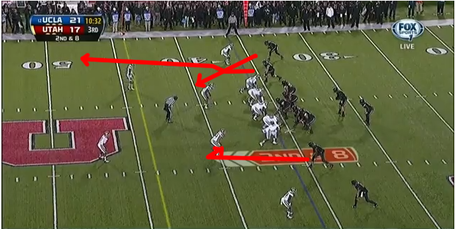 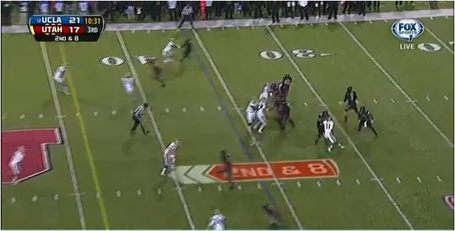 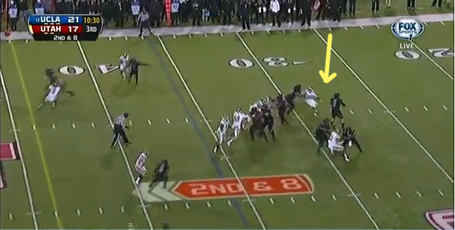 Once again, the right tackle gets beaten by the edge rusher and he's in Wilson's face before he even has a chance to let go of the ball. This time, though, the linebacker gets a hand on the ball  - and it wobbles up in the air just waiting to be picked off (just like AJ Tarpley's interception a week ago). See it here: 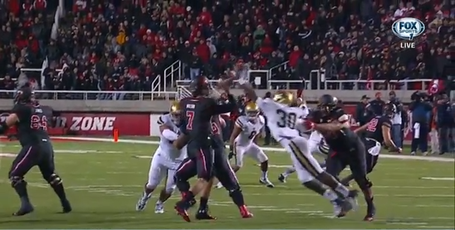 Finally, let's look at the fourth interception that Wilson threw in the second half against UCLA - the kind of interception that all defenses aspire to. Wilson's going to try and throw an in route to the slot receiver. 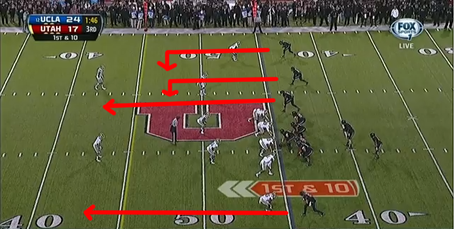 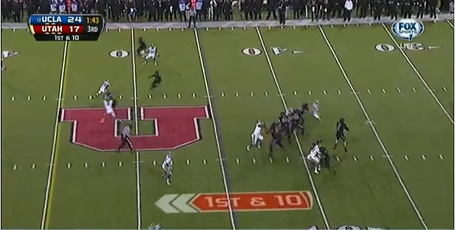 Wilson steps up to deliver the ball to the inside receiver, but he hesitates and double-clutches the ball because the coverage is pretty tight. 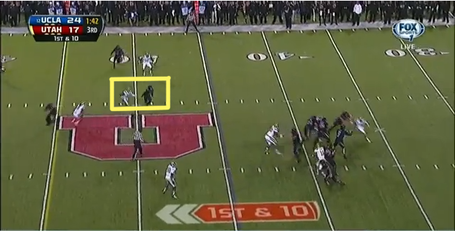 WIlson then flings the football as hard as he can to try and assure that the pass beats the defender - but it's thrown so hot that the receiver can't handle it. It bounces off his hands, up into the air, and to the UCLA defenders. That extra half-second of hesitation not only gave UCLA the ball with a short field, but it proved they were firmly inside of Wilson's head last Thursday - and he fully obliged them with two more costly interceptions after this one.

The final two interceptions aren't really worth breaking down frame-by-frame, but they should be noted. On his fifth interception of the day, Wilson and his receiver are on the wrong page. Wilson throws a deep fade and the WR runs a slant, which suggests that the communication between the two wasn't good. On the sixth interception, UCLA blitzes and Wilson lobs one up for grabs again (I think you got the idea of what that looked like from interceptions two and three.)

So what's all of this mean for the Cardinal? It can probably hang back in zone coverage most of the day and rush just four or five guys - the Bruins routinely got their hands on the quarterback last Thursday with four or five rushers, and there's no reason to think that Stanford's front seven can't do the same thing on Saturday.

So what's the trick to forcing a QB to throw six picks in one half? Throw a party in the backfield, obviously.