If Stanford wins the pac-12 Championship on Saturday, it will make history.

Making four straight BCS bowls is something only four schools have ever done in the BCS era - and it's four of the best teams in recent memory. Of course, the BCS era will end next year with the welcome addition of a playoff, but not before Stanford has a chance to join the club of Miami, USC, Ohio State and Oregon.

The teams that made four straight BCS bowls were ultimately the ones that defined the flawed 15 years of computer-generated national championships, although it's worth noting that Alabama - the dominant force looming over college football today - hasn't made 4 straight. The Tide missed out on a BCS bowl in 2010, although they should still make it to their 5th BCS bowl in the last 6 years this season. 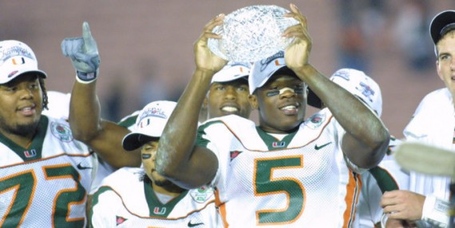 If you polled college football fans across the country about which single team was the greatest college football team of all time, the 2001 Miami Hurricanes would probably capture the majority of the votes. Andre Johnson, Clinton Portis, Jeremy Shockey, Bryant McKinnie, Jonathan Vilma, Ed Reed, Sean Taylor, Kellen Winslow, Frank Gore, Vince Wilfork, and more. The 2000-2003 Hurricanes won 3 of their 4 BCS bowls, including eviscerating Nebraska 37-14 in the 2002 National Championship. Their only loss in these BCS games was in the 2003 National Championship in overtime to Ohio State - after an awful pass interference call sent it to OT. 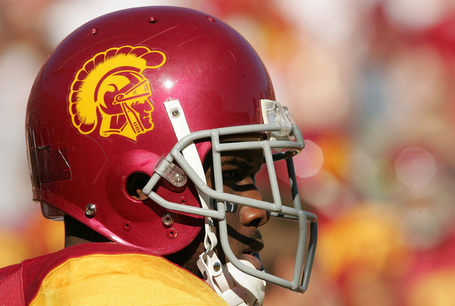 Another team considered to be one of the greatest in college football history, boasting back-to-back Heisman Winners Reggie Bush and Matt Leinart. The Pete Carroll Trojans won an incredible 6 BCS bowls in 7 years, including the 2004 National Championship. Their only loss came at the hands of Vince Young and the Texas Longhorns in the 2005 National Championship game - a game that's on the short list for the greatest college football game of all time. It's worth watching the replay for even a minute just to hear Keith Jackson's voice. 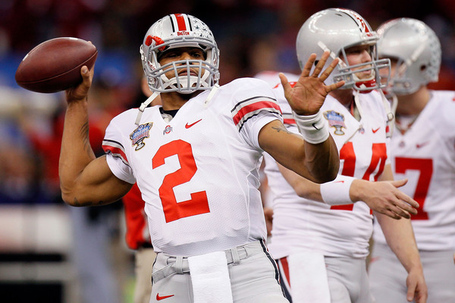 The Jim Tressel Buckeyes were the class of the Big Ten during this time, even though they had to battle with a resurgent Penn State team and a hardy Michigan squad every year. The Buckeyes went 3-3 in 6 BCS bowls, losing back-to-back national championships to LSU and Florida before Terrelle Pryor led OSU to wins over Oregon in the Rose Bowl and Arkansas in the Sugar Bowl. 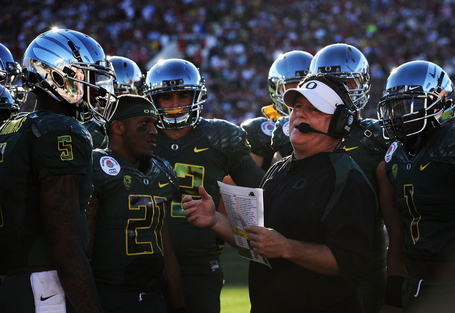 Chip Kelly's Oregon teams brought the hurry-up, no-huddle style to the world in dramatic fashion, but they're only 2-2 in their run through the BCS. They lost the 2010 National Championship to Cam Newton's Auburn team before picking up wins in the Rose Bowl and Fiesta Bowl the last two years.

So where would Stanford fit into this group?

Should the 2010-2013 Stanford Cardinal make this group on Saturday, it'd be a curious addition to this present group of four. Stanford would become the only one of these five teams to make four straight BCS Bowls and not have played for a National Championship. Stanford would be the second team to change coaches midway through the run of BCS bowls (other than Butch Davis-Larry Coker at Miami) and Stanford would also become the 2nd team to lose a #1 overall pick after Carson Palmer in 2003 - but it'd be the only team to lose both.

Altogether, it's a rare class that should motivate the Cardinal this Saturday - win this game, and you join a rare fraternity of some of the best teams in college football history.