Will Mark Appel be the first pick in the MLB Draft?

Share All sharing options for: Will Mark Appel be the first pick in the MLB Draft?

This year, the choice is the same - a quirk that only happens in the baseball draft, where players can be eligible two or even three times to be selected.

The 2012 story about Appel is now well known - he was picked 8th overall by the Pirates and decided to return to school to finish his degree and try and take Stanford to the College World Series. Only one of those goals came to fruition, but he's continued to say he has no regrets.

With all of that said, for the second year in a row, the Houston Astros have the first overall pick in the draft and Mark Appel is at the top of many teams' "most coveted" list. But it's not clear if the Astros will actually pick Appel this year or if they'll do what they did last year - take a less heralded, cheaper player with the first pick in order to save themselves money for the rest of their draft.

Last year, they picked high school shortstop Carlos Correa and were able to spend extra money on their second- and fourth-round picks. For a team as bad as the Astros, that's a huge boost to an ailing team. But should they pick Appel, they'd instantly have a guy who would probably be among the top 25 prospects in baseball, as well as a future star pitcher to build their team around - and every good team needs a top-of-the-order star.

If they don't want Appel, they could also take Oklahoma's Jonathan Gray, a mean righty with an absurd 1.59 ERA, or San Diego third baseman Kris Bryant, who hit an insane 31 home runs this season. Anyone who watches college baseball knows that's nearly impossible to do.

As of right now, both CBS sports' Jon Heyman and ESPN's Keith Law, two of baseball media's foremost insiders, both think the Astros will go ahead and spend big on Appel with the first pick - but there's a chance that Houston could look elsewhere once again.

But if Appel falls, odds are he won't fall as far as he did last year. He'll probably be taken with the very next pick, which is owned by the Chicago Cubs. Cubbies GM Theo Epstein - the former Red Sox GM responsible for the 2004 and 2007 World Series victories - scouted Appel in person at Stanford just a few weeks ago.

The Cubs under Epstein don't mind spending money - they just locked up their top hitter, first baseman Anthony Rizzo - so it's likely that they wouldn't balk at the chance to pick their top-of-the order star.

On top of that, the Cubs also have a history of drafting star pitchers named Mark from Pac-12 schools with the number two overall pick. 12 years ago, the Cubs picked USC's Mark Prior second overall, right after the Twins picked Joe Mauer, and Prior almost instantly became one of the best pitchers in the big leagues. Unfortunately, Prior's arm and shoulder bugged out on him after just a few years in the pros, but it would seem to be poetic justice if the Cubs could once again ride the right arm of a guy named Mark into the playoffs. On top of that, the two even look surprisingly alike. 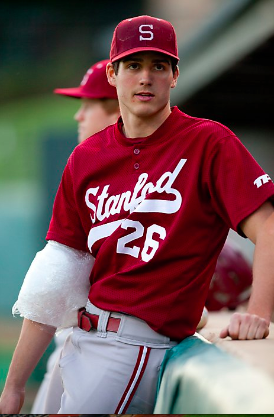 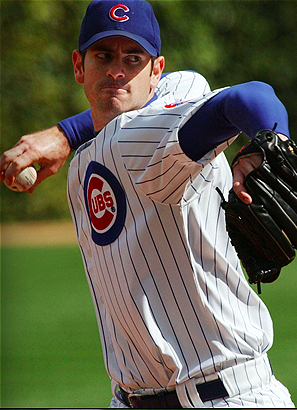 So while Appel's gamble to come back to school has, in all likelihood, paid off in terms of dollars, there's no guarantee that he'll be picked first overall. But there's something to be said for doing it your own way and succeeding - and Mark Appel has undoubtedly done that.