Share All sharing options for: Stanford vs. Washington State: Best and Worst

A look at the best and worst moments from Stanford's 55-17 win over Washington State.

Best Surprise: One of the story lines heading into the game was how the Stanford running game would fare with preseason All-American guard David Yankey out while attending to a family issue. The running game was fine, if not as dominant as in previous weeks, but the bigger story was Stanford's passing attack. The Cardinal threw deep on two of its first three plays, and after running the ball on 23 of its 28 first down plays against Arizona State last week, Stanford threw the ball on 12 of 28 first down plays against Washington State. "If teams are going to drop safeties down, we're going to throw over the top," David Shaw told reporters after the game. "We have to show people that we'll go downtown if they leave receivers one-on-one."

Worst Deja Vu: Ty Montgomery's previous trip to CenturyLink Field -- last year's 17-13 loss to Washington -- was one to forget. Things didn't start out well for the junior wideout on Friday, as he let a sure touchdown on the Cardinal's first play from scrimmage slip through his fingers. Yeah, it was raining, but that ball should've been caught. 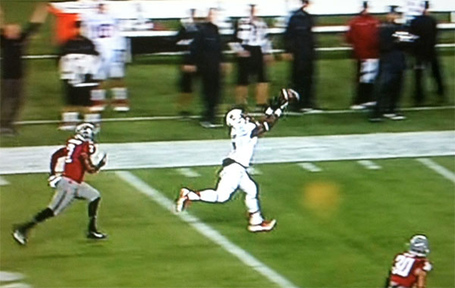 Montgomery, who has been terrific this season, failed to find the end zone for the first time this year. He'd finish with six catches for 54 yards.

Worst Fashion Statement: Seriously, what the heck was up with Wazzu QB Connor Halliday's jersey? 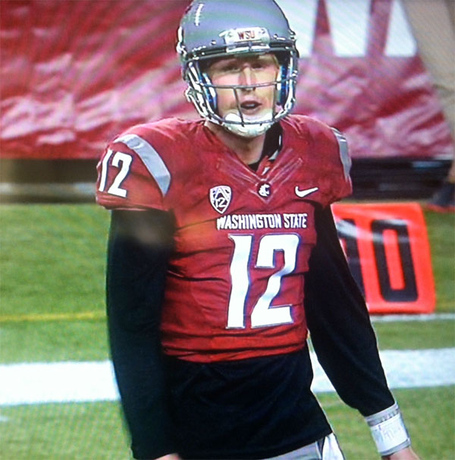 Why does Connor Halliday look like he's wearing a pee wee football jersey over his dad's shirt?

Best Run: I was shocked when Shaw elected to go for it on 4th and 1 from the Stanford 41 in the second quarter of a 17-3 game, and I still have no idea how Tyler Gaffney managed to pick up the first down on the ensuing play. Gaffney finished with 55 yards on 14 carries, none bigger than this one. 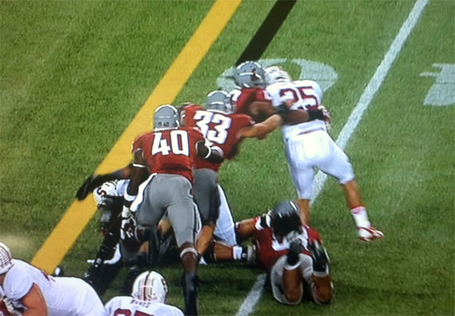 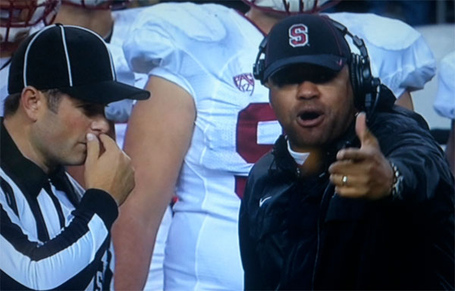 David Shaw is doing his best Harbaugh impersonation tonight. I have never seen him this upset. #gostanford

Best Barry J. Sanders Sighting: The sophomore flashed his juking ability (see ya, Cyrus Coen) on a 16-yard reception in the first half and scored his first career touchdown on a 22-yard run late in the game. 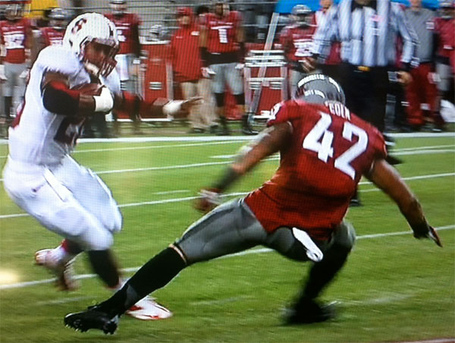 Worst Decision: Hogan was awesome (16-for-25, 186 yards, three touchdowns), but he got greedy when he lobbed a pass to the equally awesome Devon Cajuste (four catches, 115 yards, 2 TDs) that was easily intercepted by Deone Bucannon.

Best Streak: Jordan Richards' interception return for a touchdown early in the second half extended Stanford's nation-best streak of games with a turnover to 28 games.

Worst Welcoming: Austin Apodaca came on in relief of an injured Halliday in the second half and promptly got rocked. At least his jersey seemed to fit. 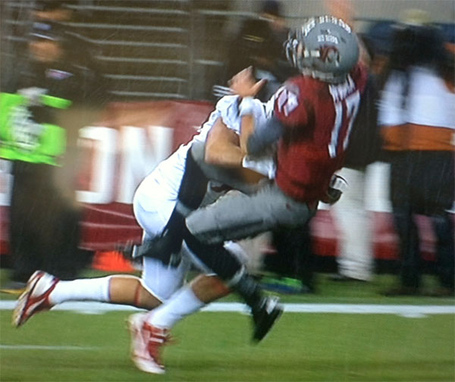 Best Deja Vu: Unlike Montgomery, Trent Murphy seems to love playing at CenturyLink Field. Seriously, Pete Carroll should consider drafting the guy. Murphy, whose pick-six was Stanford's only touchdown in last year's loss to Washington, did it again, this time in victory.

Worst Irish Accent: Murphy's touchdown led to this bit of television pot-o-gold by Matt Millen. (We missed ya, Gus Johnson.)

Best Fan: THIS GUY. Thanks to CougCenter for the GIF. 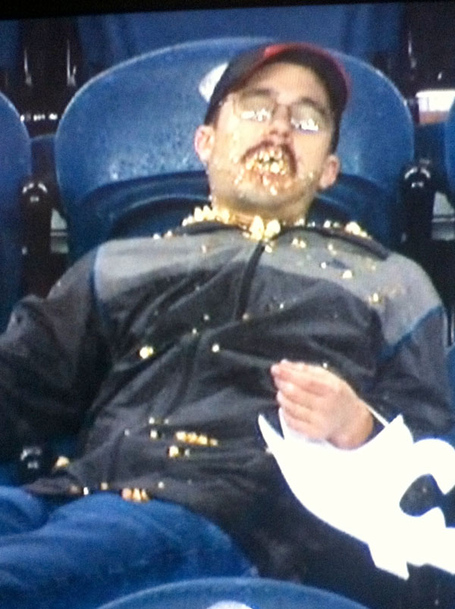 Best Score Updates: It was fun watching Arizona State pull away from USC, wasn't it?

Worst News: If only USC's 62-41 loss hadn't led to Lane Kiffin's firing. May the Trojans find an equally incompetent replacement.