Cardinal in the NFL: Four not named Richard Sherman who had career years in 2013

One guy had an - ahem - louder season than the others, but many Cardinal alums had their best seasons yet in '13

Share All sharing options for: Cardinal in the NFL: Four not named Richard Sherman who had career years in 2013

Everyone knows that Richard Sherman has been the most visible Stanford grad in the NFL recently (even ahead of Andrew Luck) but there have been quite a few less prominent Cardinal alums who all had career years in 2013 - and look primed for even greater things this fall. 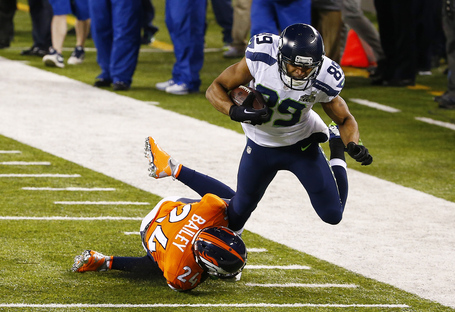 Baldwin, along with Sherman, is fresh off of a dominant win in Super Bowl 48. After going undrafted in the 2011 NFL Draft, he has shown an impressive ability to prove people wrong by putting together three productive seasons with the Seahawks. In 2011 he became the first undrafted rookie to lead his team in receptions and yards in the history of the modern NFL. He has also managed to have two seasons with 750+ yards and has averaged 4 TD catches a year. After paying him the league minimum salary for three years, the Seahawks just placed a second round tender on Baldwin, which will amount to a one-year, $2.187-million dollar deal. He’ll be a free agent after the 2014 season, and should be able to command around $4-6 million a year. 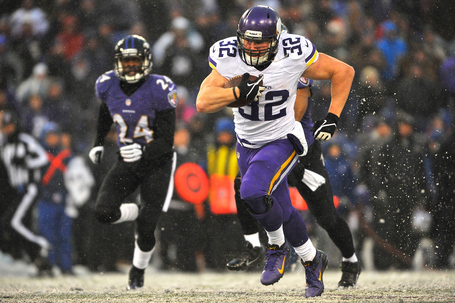 Gerhart was drafted in the second round of the 2010 Draft by the Vikings and was given a four-year contract worth $3.7 million. While he spent the first four years in the NFL backing up Adrian Peterson, he seemed to thrive under Peterson’s tutelage and has accumulated career averages of 4.7 yards per carry and 300+ yards a year. After four years of learning from the best running back in football, Toby will now have his chance to become a starting NFL running back. He was quickly signed on the first day of free agency to the Jacksonville Jaguars on a 3-year, $10.5 million deal. Maurice Jones-Drew is a free agent this year and the Jags seem content to let him walk and pursue other options. Gerhart should only need to beat out third-year back Jordan Todman and former Michigan quarterback Denard Robinson to earn the starting role. 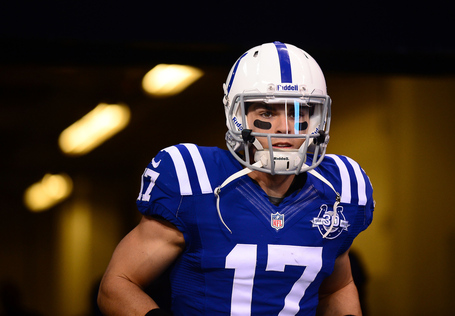 Griff Whalen came to Stanford as a walk-on wide receiver in 2008 and made an immediate impact. He was one of only eight true freshman to play that year. He would go on to average 13.2 yards a catch and finish his career with 5 touchdown catches. As an under the radar prospect entering the 2012 NFL Draft, he went undrafted and was signed by the Indianapolis Colts as a free agent. He would join his college roommate Andrew Luck and teammate Coby Fleener in Indy. Former Stanford offensive coordinator Pep Hamilton would follow them there the next year. After a rookie season plagued with injury and two separate stints on the Colts’ practice squad, Whalen finally got his chance to impress at the end of his second season. In the last three games of the 2013 season, Whalen totaled 157 yards along with the first two touchdowns of his career. He also had 5 catches for 67 yards in the Colts' 2nd-round playoff loss to the Patriots. 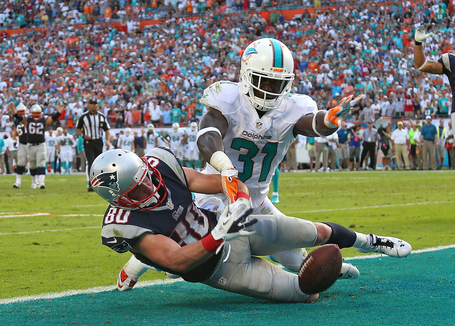 Thomas was another Stanford grad that went undrafted in 2012. He was signed as a free agent by the San Francisco 49ers and was able to reunite with his college head coach Jim Harbaugh as well as his former defensive coordinator Vic Fangio. He spent his first season and a half on the 49ers practice squad, and probably would have had a shot at the active roster this fall. However, in Week 15 of last season, the Miami Dolphins decided to sign him off the Niners practice squad to their active roster. Five days after he made the move to Miami, he was thrust into action after cornerbacks Brent Grimes and Nolan Carroll went down against the Patriots. Without having taken so much as one defensive snap in practice, Thomas entered the game and defend Danny Amendola, and on fourth-and-5 with seven seconds left in the game, Thomas intercepted a Tom Brady pass intended for Austin Collie in the end zone to seal the win for the Dolphins. He was named AFC Defensive Player of the Week.