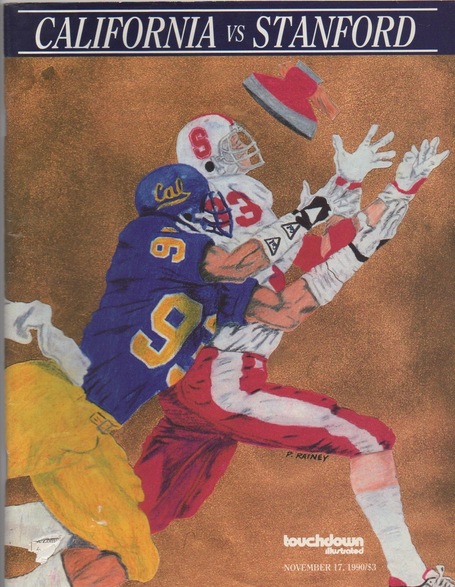 This end of this game was almost as nuts as 1982.
Jason Palumbis pulled Stanford to within 25-24 with a touchdown pass to Ed McCaffrey with 12 seconds left. The Cardinal decided to go for two and Cal's John Hardy intercepted Palumbis in the end zone. After thousands of Cal fans ran on the field to celebrate the apparent victory, the Golden Bears were flagged 15 yards for delay of game.
Stanford kicked off from midfield as a result and recovered its onside kick at the Cal 37. Palumbis threw incomplete on Stanford's next play, but Cal was penalized for roughing the passer. John Hopkins drilled a 39-yard field goal with no time left on the clock to give Stanford the improbable 27-25 win.