Stanford Saw Clearly Once the Sun Was Gone

Share All sharing options for: Stanford Saw Clearly Once the Sun Was Gone

Having seen the light -- or lack of it, rather -- I'm not worried in the least about Stanford's Pac-12 opener against Arizona. The game kicks off at 7:45 local time, meaning the sun will be gone like Chris Owusu in second gear, and the Cardinal well on its way to avenging that heartbreaking loss in the desert in 2009. Book it.

Stanford's first half struggles against Duke? Blame them on the sun. The drops and missed blocks? Why don't you try catching a football or keeping a defensive lineman away from your star quarterback with the sun in your eyes. 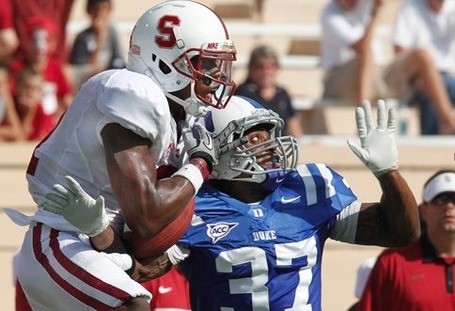 Enter a fluffy-looking mass of water vapor, which my cousin would later dub Four Touchdown Cloud. Yes, the Cardinal's fortunes changed right about the time the 1,000+ Stanford fans who made the trip to Wallace Wade Stadium could remove their sunglasses. What was a too-close-for-comfort game against an ACC bottom feeder turned into a rout. What was a hot day in Durham -- big thanks to Duke for the unlimited free ice water -- suddenly felt like Palo Alto.

It's right there in the play-by-play:

No doubt energized by the cloud's arrival -- there were several cloud-related cheers from the Stanford section, but no "Block that sun!" -- Andrew Luck found Coby Fleener for a 60-yard touchdown. Stanford wasn't done. Neither was the cloud.

The Cardinal piled on, getting touchdowns from Zach Ertz, Jeremy Stewart, and Tyler Gaffney to ice the game. Stanford can only hope its run-blocking, which improved since the season opener, is half as dominant against Arizona as Four Touchdown Cloud's sun-blocking was in Durham. Just look at that technique: 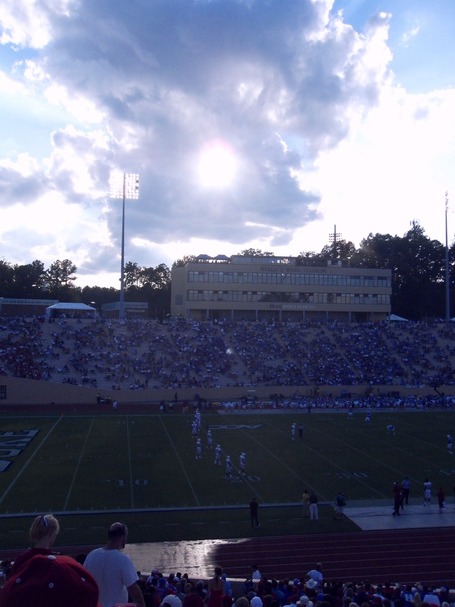 And check out the Cardinal's numbers pre- and post-cloud: 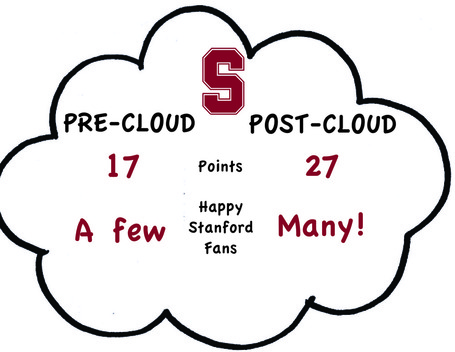 I wasn't the only one who noticed the cloud. Duke head coach David Cutcliffe wasn't happy about it. 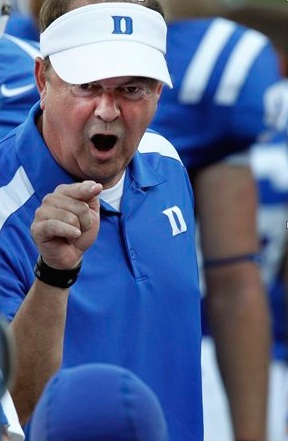 "Get your head out of the clouds!"

In all seriousness, the trip was a great time, both pre- and post-cloud. The parking attendants at Wallace Wade must be the friendliest in the country. Duke's fans were welcoming. Chris Marinelli and Brevin Knight spoke at the pregame tailgate, which featured some delicious BBQ and mac 'n cheese. A couple more pictures from the game: 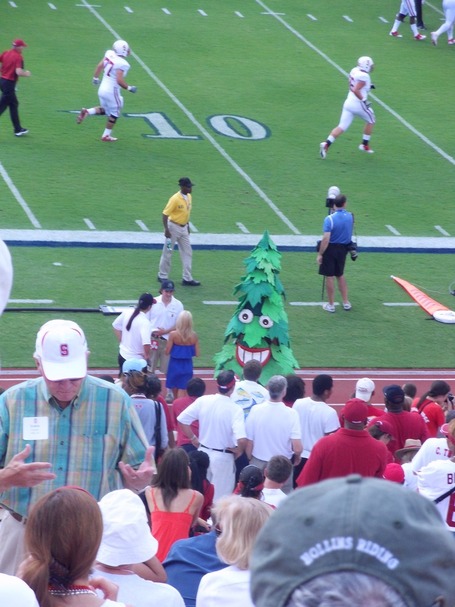 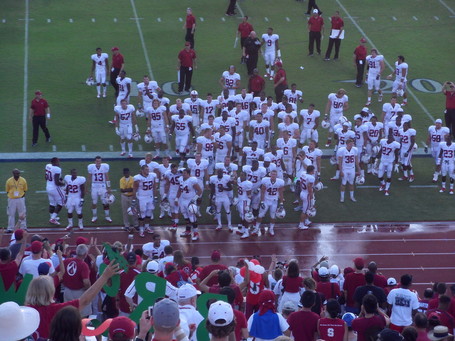 Stanford salutes its fans after the game.