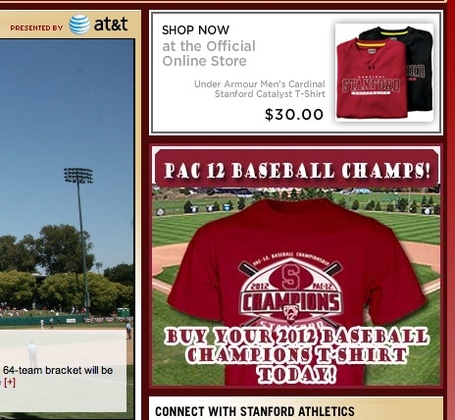 Here's a quick look at the other three teams in the Palo Alto Regional. Stanford, which last hosted a Regional in 2008, opens its road to Omaha on Friday against Fresno State.

The Waves, who won their first WCC title since 2006, finished the regular season 10-11 away from Malibu and 1-2 against the Pac-12. They took two of three from fellow Palo Alto Regional participant Fresno State in February.

The Spartans are headed to the NCAA tournament for the first time since 1979. Despite winning 37 games and finishing with a respectable RPI, Michigan State finished fifth in the weak Big Ten and went only 2-2 at the conference tournament. The Spartans were a bubble team coming in to Selection Monday. MSU will open against Pepperdine, the same team it played in the first round in 1979. The Waves won that game, 15-0.

#Stanford gets #FresnoState #MichiganState #Pepperdine. Speaking of teams with no business in the postseason, how about Sparty?

The Bulldogs won their seventh straight WAC title with a 4-3, 13-inning win against Sacramento State. Fresno State, which won the national championship in 2008, is 12-4 in May and hasn't lost back-to-back games since it was swept by San Jose State in mid-April. The Bulldogs dropped two of three to Stanford back in March, but their only win in the series came against Cardinal ace Mark Appel.

Fresno State has beaten Stanford's ace, Appel, before this season. They could do it again. #DiamondDogs #GoDogs