The Olympic dreams of former Stanford basketball star Nneka Ogwumike came to a sudden halt on the eve of the Tokyo Summer Games. It didn’t end because she came up short at the Olympic trials, or due to injury. Ogwumike’s Olympic hopes were snuffed out in a boardroom.

Ogwumike, who plays for the WNBA’s Los Angeles Sparks, had gone before the Court of Arbitration for Sport seeking to get permission granted by that organization that would allow her to play for Nigeria in the Tokyo Summer Games. It was the type of longshot reach that most betting websites wouldn’t have even thought worthy of posting odds on the outcome.

Ogwumike, along with Elizabeth Williams, another WNBA player, approached the CAS to grant them a provisional measure so that they could be added to the Nigerian roster. Originally, the two players went to FIBA seeking this waiver. That petition was denied because they had been members of the U.S. national program for too long.

Undaunted, they appealed to the CAS thinking things might turn out differently. However, that wasn’t the case. "Although both players had played for USA after the age of 17 and participated in the qualifying process to the Tokyo 2020 Olympic Games (in February 2020 and September 2019, respectively), they recently requested an exceptional change of their national status, which FIBA declined under the applicable rules," read a statement on the ruling posted on the FIBA website.

FIBA also released a statement when the CAS ruled on the appeal.

"FIBA acknowledges (the) decision of the Court Arbitration of Sport (CAS) to reject the request for provisional measures," was the statement posted on the FIBA website. 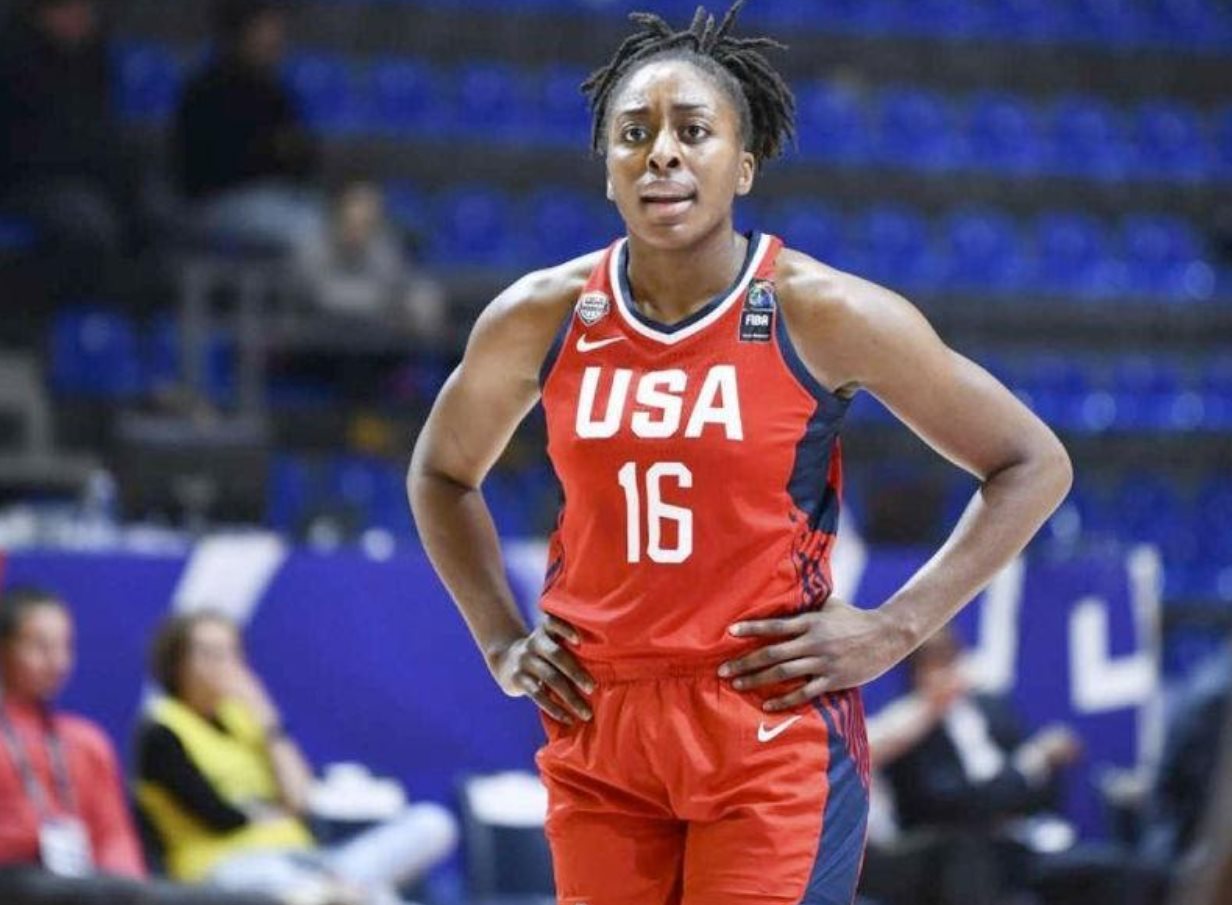 Ogwumike’s sisters are both playing for the Nigerian team in Tokyo. Chiney Ogwumike is part of the squad as the one permitted naturalized player. Erica Ogwumike is included as part of the nation’s roster. Chiney sought permission from the CAS to have her status changed to Nigerian. Such a move could have cleared a path for Nneka to join the Nigerian roster as the one allowed naturalized player. However, the CAS also rejected this appeal.
The Ogwumikes's parents, Peter and Ify, were both born in Nigeria. They immigrated to the United States before their daughters were born. The Ogwumike sisters all hold dual citizenship with the United States and Nigeria. That’s why Nneka believed that she would be eligible to play for Nigeria in Tokyo.

Nigerian coach Otis Hughley implored both FIBA and CAS to change their rulings and permit Ogwumike to join her sisters on the country’s roster.
"Allow them the opportunity to help grow the game," Hughley told Sports Illustrated. "That continent would just be turned on its head for basketball. In a good way. You have no idea how many lives would be impacted and changed for the ages."
Hughley thinks that the protest against Ogwumike may have originated from other teams in the competition feeling that the Nigerians are legitimate medal contenders.
"They didn't anticipate us being in that position," Hughley said. "So there's some things going on that nobody sees and nobody talks about. It gets in the way of integrity. It's gonna catch up with whoever's doing that. It's just dead wrong. I know FIBA is better than that. I've been part of them a long time. It's a great organization." 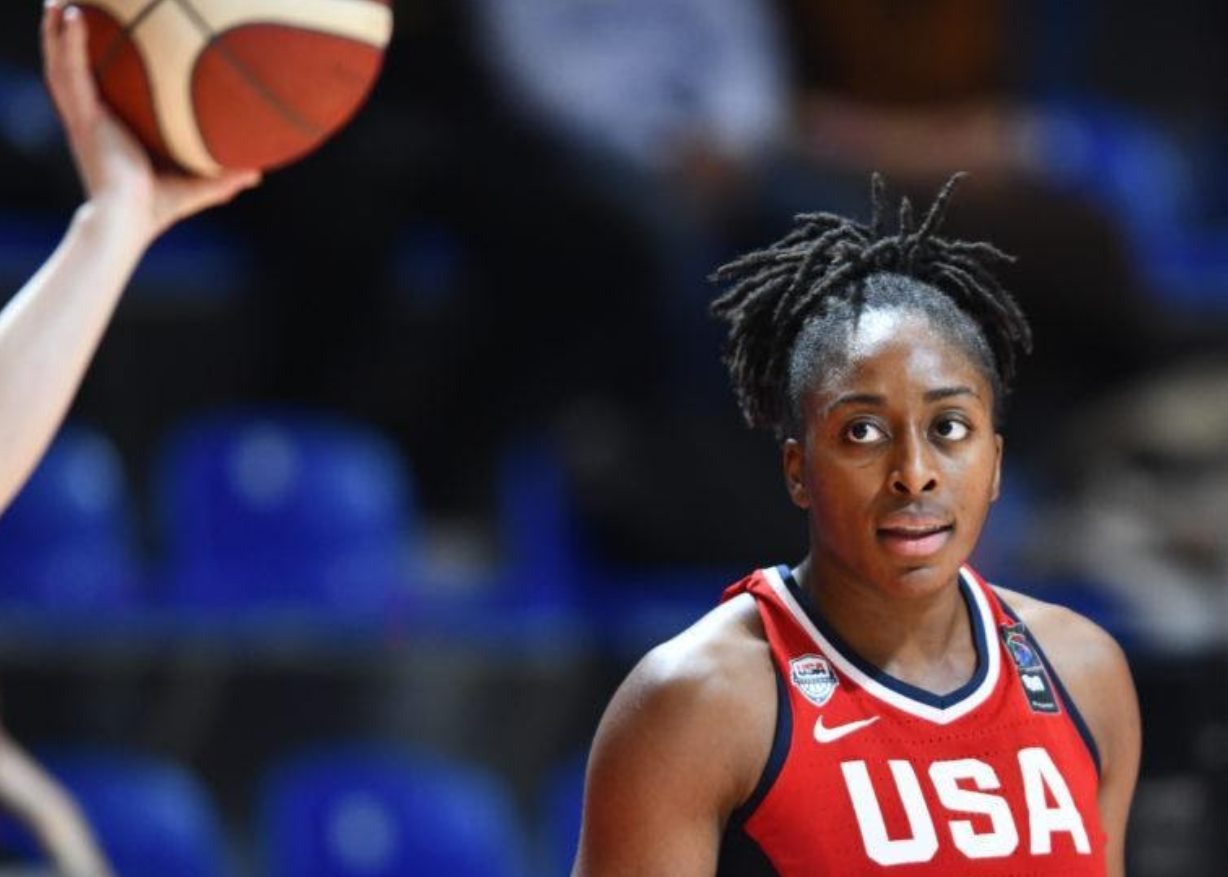 Ogwumike, 31, previously played for Team USA in the 2018 Women’s World Cup. That included a quarter-final victory over Nigeria. Standard international basketball rules state that once a player plays internationally for a country beyond the age of 17, they are tied to that country for the remainder of their playing career. Ogwumike only made her bid to play for Nigeria after learning she wasn’t going to be part of Team USA.

USA Basketball was willing to waive that stipulation and grant permission for Ogwumike to join her sisters in the Nigerian lineup.

Ogwumike, a former WNBA MVP, spoke with ESPN prior to the games about what the chance to play for Nigeria would mean to her.

"It's something I know my family would be very proud of," Ogwumike told ESPN. "For it to happen would be such a blessing. To be able to do something big for a big part of our heritage would be fantastic. I'm hoping it will contribute to the growth we're experiencing for Africa in basketball."