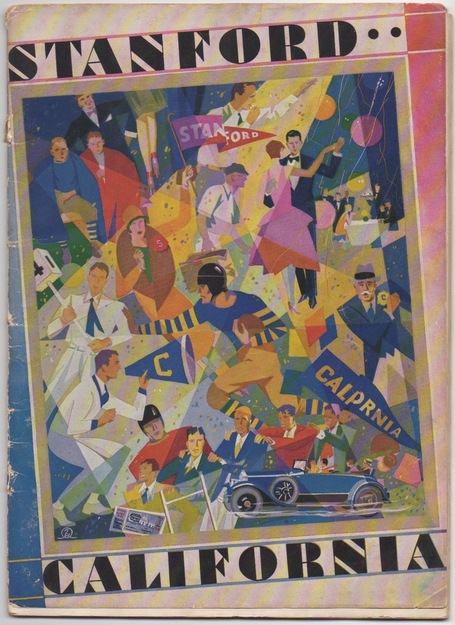 Just as they had in 1924, Stanford erased a double-digit deficit in the second half to tie Big Game. With Stanford trailing 13-0 at the half, Pop Warner shook up his lineup. Backup fullback Bill Simkins scored a rushing touchdown to cut the Cal lead to 13-7. Backup halfback Len Frentrup caught a 24-yard touchdown on fourth-and-10 in the final minute to put Stanford in position to win the game, but Cal's Frank Fitz blocked the extra point. One week later, Stanford traveled to Yankee Stadium and dominated Army, 26-0. It was a shocking result, especially among football fans and pundits along the East Coast. 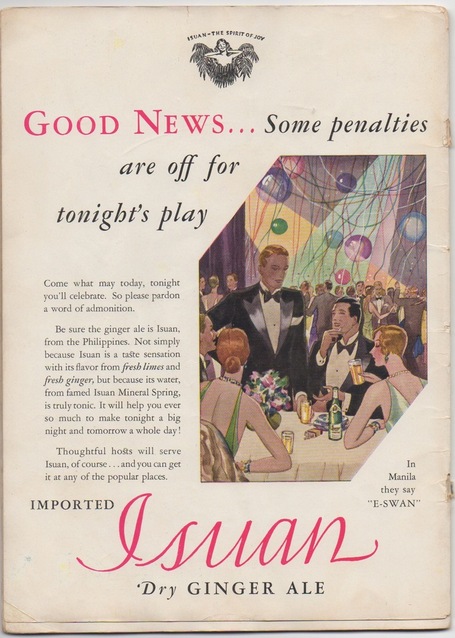 I'll have an Isuan, please. 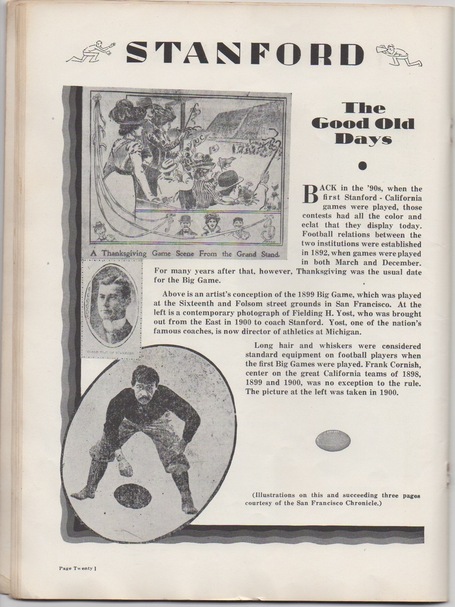 "Long hair and whiskers were considered standard equipment on football players when the first Big Games were played." 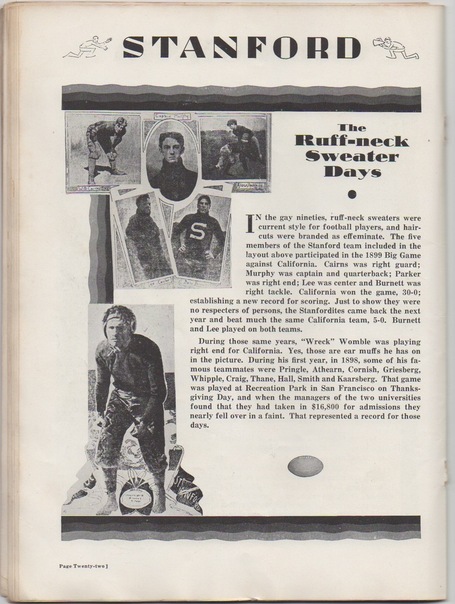 Ruff-neck sweaters were all the rage in the 1890s. 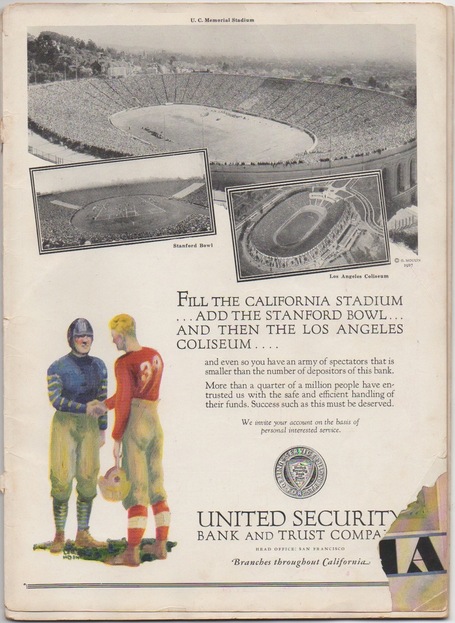