Stanford vs. Washington: Best and Worst

You can breathe again.

Share All sharing options for: Stanford vs. Washington: Best and Worst

A look at the best and worst moments from Stanford's heart-stopping 31-28 win over Washington. 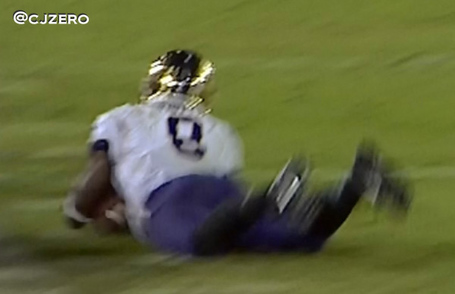 Worst Wait: It was only a few minutes, but man, the booth review of the most pivotal play of the game seemed to take hours. Given that Keith Price's 16-yard pass to Kevin Smith on 4th and 10 was initially ruled a catch, I thought the call was going to stand. Here's an animated look from @cjzero.

Best Start: Many fans were still watching the end of LSU and Mississippi State (or entering Stanford Stadium) when Ty Montgomery took the opening kickoff 99 yards for a touchdown.

Worst Penalties: "We'll be back to this flag football game," Brad Nessler said as ESPN went to commercial in the first half. Washington finished with 10 penalties for 89 yards, and it honestly felt like more. The Cardinal finished with seven penalties for 53 yards, including a crucial roughing the passer penalty that kept a Washington TD drive alive. After committing three penalties in its first two games combined, Stanford has committed 23 penalties over its last three games. 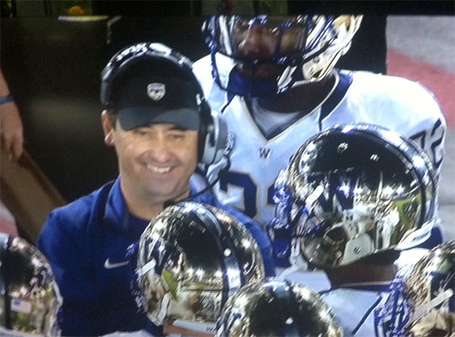 Best Sideline Demeanor: Steve Sarkisian. I'm not sure how Sark kept it together as the penalties piled up and Stanford answered every Washington touchdown. I kept waiting for him to throw his headset, or bark, or something. The shot above is from early in the second half. He looked like a guy whose squad was pummeling Idaho State, not trailing by 10 points on the road to the nation's No. 5 team.

Best Performance in Defeat: Goodness gracious, Keith Price was awesome. The senior finished 33-of-48 for 350 yards, two touchdowns and an interception. He took a ton of hits and injured the thumb on his throwing hand in the second half, but remained in the game and put the Huskies in position to win. I'm thrilled Stanford won't have to see him again.

Worst (Not So) Preposterous Prediction: "Kevin Hogan will throw at least four touchdowns." Hogan's only touchdown pass, a strike to Montgomery at the end of the first half, was a thing of beauty, but Price's counterpart struggled for much of the game. Washington's pass defense was outstanding, and the Huskies managed to get some pressure on Hogan, but he also wasn't his normally accurate self. He finished 12-of-20 for 105 yards, the aforementioned TD and a pick.

Best Hit: Shayne Skov had a game-high 14 tackles (10 solo), including a good lick on Bishop Sankey.

Best Performance in Victory: Who else? Montgomery's 99-yard kickoff return was only the start to his incredible night. He had a 26-yard run, a 39-yard touchdown reception, another long kickoff return in the second half and finished with 290 all-purpose yards. 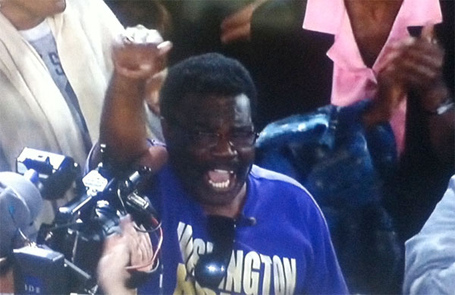 Best Fan: ESPN's cameras couldn't get enough of Albert Sankey, Bishop's grandfather, and for good reason. You should read Adam Jude's story about Grandpa Sankey if you haven't already. Grandson Sankey got off to a slow start, but he finished with 125 yards and two touchdowns on 27 carries. He's good.

Best (Not So) Preposterous Prediction: "Stanford will sack Keith Price at least six times." Price had been sacked three times in four games coming into last night's game. The Cardinal got to him five times. "We probably should have had four to five more sacks tonight, but we couldn't bring him down," Shaw said of Price. "He's that good." 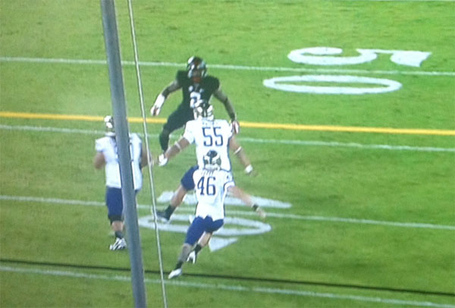 Best Fake: Trailing 24-14 and facing 4th and 11 from their own 35 in the third quarter, Sarkisian dialed up a fake punt. Despite Wayne Lyons' best effort, punter Travis Coons picked up 19 yards on the play and Sankey ran for a 15-yard touchdown six plays later.

Worst Kickoff Coverage: After Washington pulled to within 24-21, Montgomery returned the ensuing kickoff 68 yards. That set up an 11-yard Tyler Gaffney touchdown that extended Stanford's lead back to 10.

Best Streak: A.J. Tarpley's interception in the fourth quarter pushed the Cardinal defense's streak of games with at least one turnover to 29.

Worst Offense: Stanford was outgained 489-284 and the Cardinal failed to put the game away, going three-and-out on all three of its fourth quarter possessions before Washington turned the ball over on downs.