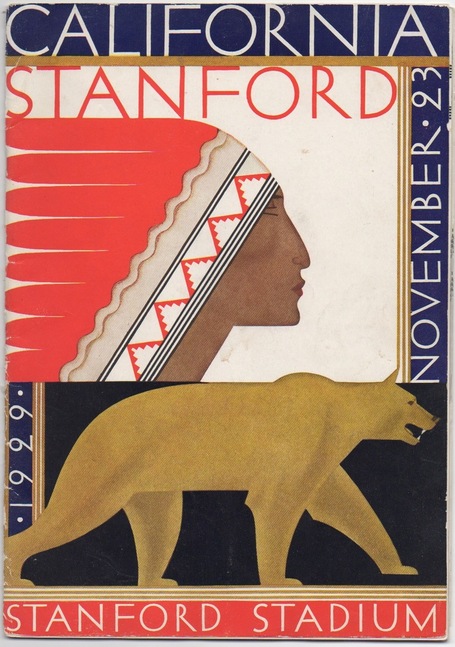 Stanford improved its unbeaten streak against Cal to six with a 21-6 in the 1929 Big Game. The Stanford Indian made its first appearance on a Big Game program, though the unofficial nickname had been used by sportswriters for some time. 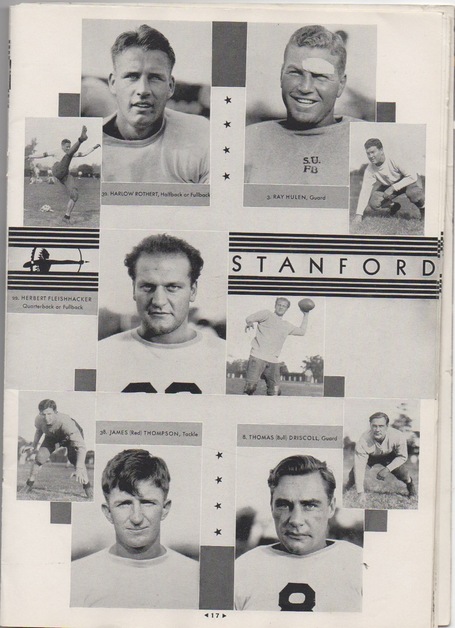 The word "Indians" doesn't appear in the program (neither does "Bears", for that matter), but a graphic of a figure in a headdress shooting a bow and arrow was featured on some of the Stanford pages. 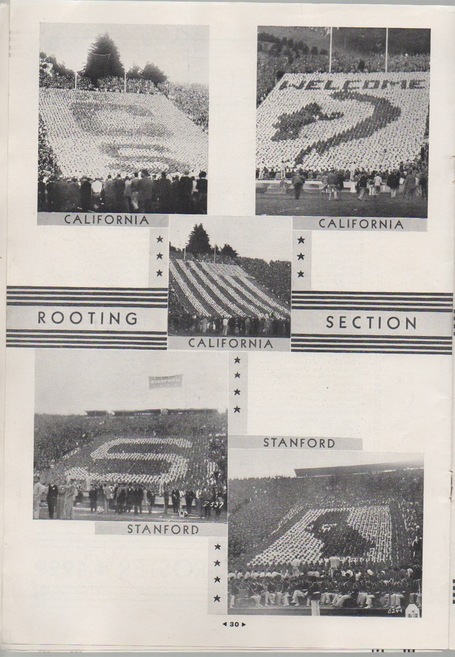 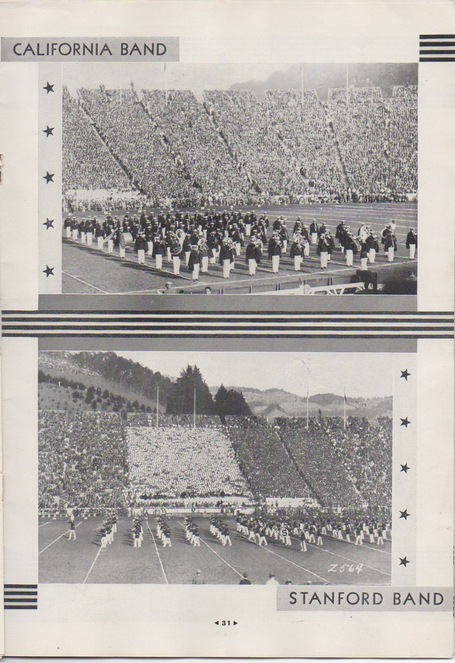 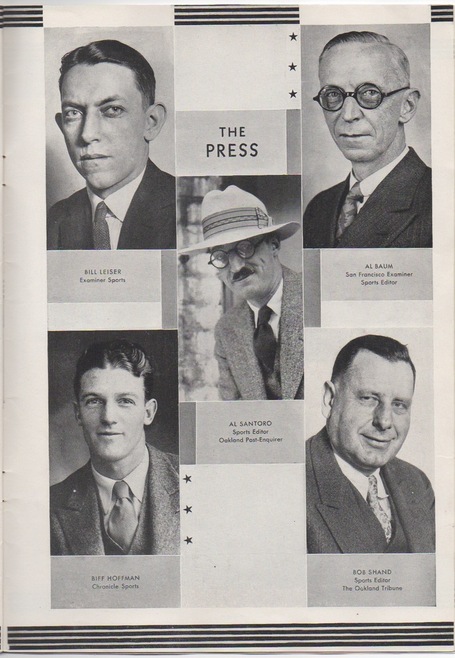 There were four pages devoted to mugshots of the press. 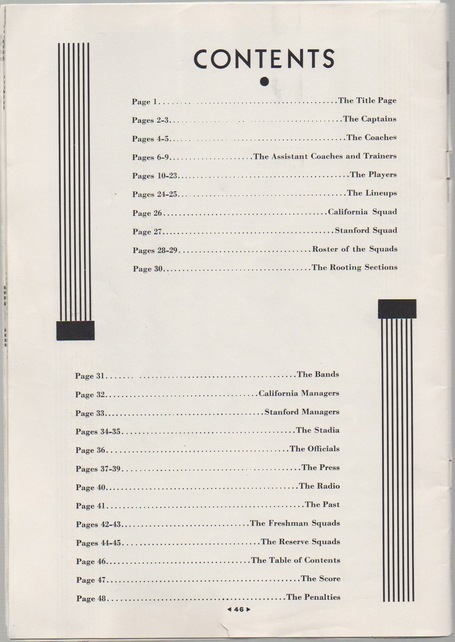 The Table of Contents was found on page 46.