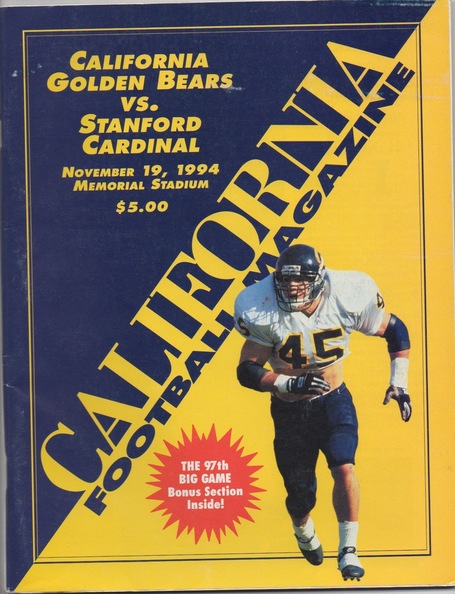 Cal safety Matt Clizbe broke up Scott Frost's pass intended for Tony Cline on a two-point conversion attempt with 2 minutes remaining to preserve the Bears's 24-23 win. The teams combined for eight turnovers and over 200 yards of penalties. Frost, who started in place of the injured Steve Stenstrom, was 11-for-29 for 149 yards and a touchdown. Frost later transferred to Nebraska and won a national title in 1998.