Share All sharing options for: Stanford Athletics and AT&T Agree to Free WiFi 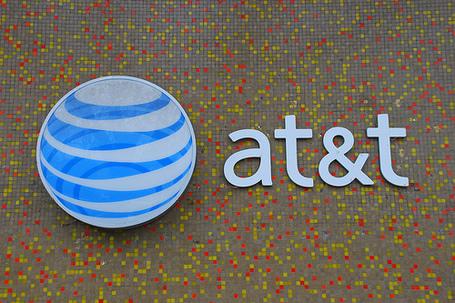 In what is a first for Stanford University, AT&T and Stanford Athletics have agreed to a partnership wherein AT&T will install WiFi hotspots throughout Stanford's athletic facilities that will be accessible to the general public for free.  Stanford currently offers limited WiFi service in its facilities, but it is primarily ranged around the press boxes and only available to those with a valid SUID who registered their device with ITSS or select members of the media with the proper username and password.

This new agreement will see AT&T install hotspots not only in the press boxes, but also throughout the stands and support structures of Stanford Athletics facilities.  According to the Palo Alto Online News, only select stadiums and facilities will have the hotspots at first, but Stanford Stadium will have its hotspots installed and ready for use by the first home game this September.  The facilities scheduled to have WiFi access by AT&T include:

While Stanford Stadium will be ready by September, the other facilities will have their hotspots installed over the course of the coming year.  The five-year deal is part of an ongoing initiative between AT&T and the Palo Alto community aimed at providing better network accessibility in high traffic areas, including University Avenue.

According to Athletic Director Bob Bowlsby, the service will be provided free of charge and will be available to anyone with a WiFi-compatible device.  No log in or self set-up will be necessary by AT&T customers, while non-AT&T customers will only need to agree to the terms & conditions as provided by AT&T and Stanford.  Bowlsby noted that the partnership is part of the ongoing outreach measures taken by Stanford Athletics to provide an improved onsite fan experience by not only allowing them to download content while in the stands (such as team rosters and statistics), but also give them the opportunity to upload their personal materials such as photos and videos without invoking their mobile data usage plans.  In the future, university mobile applications currently under development may provide an additional place for fans to upload content and may even provide exclusive content, in-game instant replay, and work in conjunction with in-game marketing.