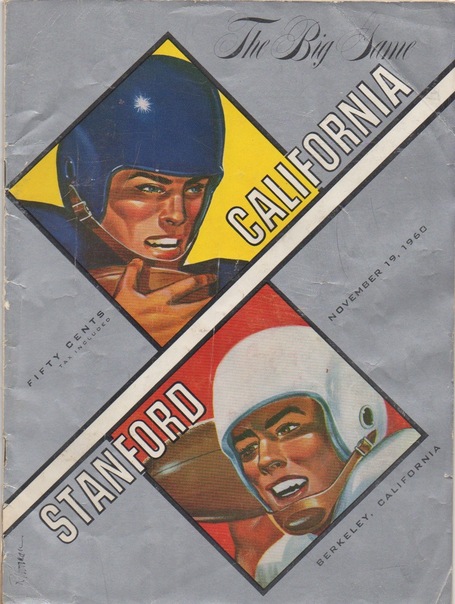 Cal won its third consecutive Big Game, 21-10, behind a bruising relentless rushing attack. As head coach Marv Levy (see photo after the jump) remembers it in Where Else Would You Rather Be, Cal chewed up more than 13 minutes of the clock with 22 consecutive running plays after Stanford cut the Bears' lead to 14-10 early in the fourth quarter. "The thunderous noise in old California Memorial Stadium, matched in only one other game I would ever coach, rose in crescendo with each first down we eked out," Levy wrote. Randy Gold capped the drive with a 2-yard touchdown run with less than a minute to play. 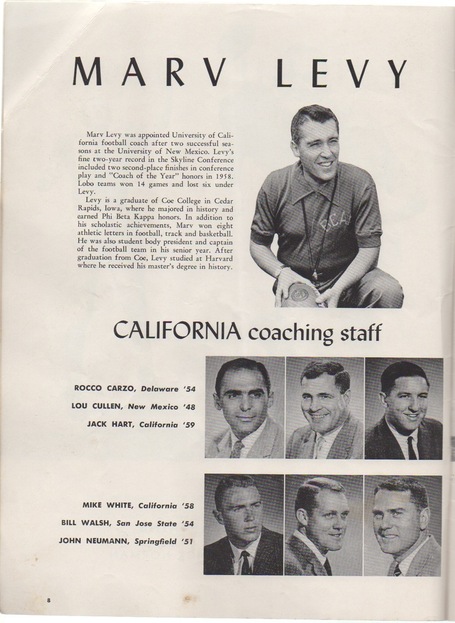 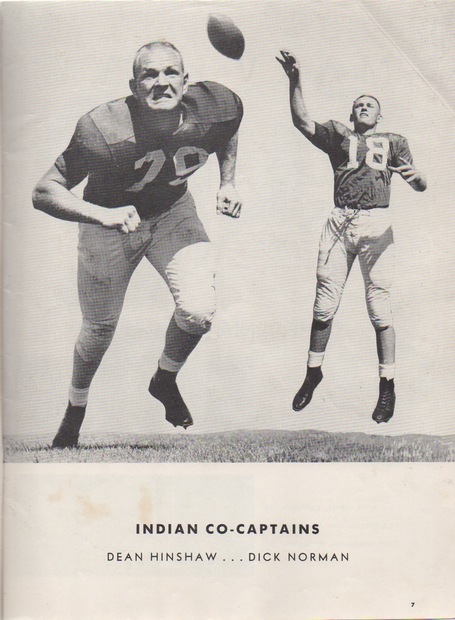 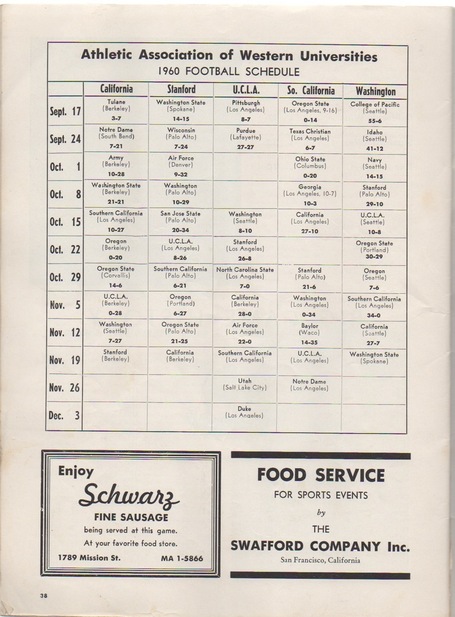