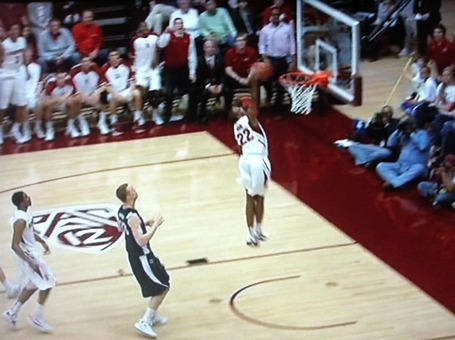 Stanford walloped Nevada, 84-56, in their NIT quarterfinal matchup at Maples Pavilion, setting a new school record for home wins in a season (17) and earning a trip back to Madison Square Garden. Stanford will play UMass on Tuesday. Washington will meet Minnesota in the other semifinal.

The Cardinal dominated the Wolf Pack from the opening tip. In improving to 24-11, Johnny Dawkins's squad was efficient and balanced on the offensive end and took a 15-point lead into halftime. Four Stanford players finished in double-figures, led by Josh Owens and freshman sensation Chasson Randle with 15 apiece. Josh Huestis added 12 points and 7 rebounds off the bench and Aaron Bright stayed hot with 10 points on only four shots in 21 minutes.

It was the final game at Maples for Owens and fellow seniors Andrew Zimmermann, Jarrett Mann, and Jack Trotter. While Trotter didn't crack the scoring column, Zimmermann had 8 points to go along with 6 rebounds and 4 assists. Mann, who saw his minutes decline this season with the arrival of Randle and the emergence of Bright, played one of the best games of his career. He scored 8 points on 3-of-4 shooting and dished out 6 assists against nary a turnover. He also had two steals, including one toward the end of the game that led to the emphatic breakaway dunk pictured above.

The flush sent the Stanford bench into hysteria. Witness: 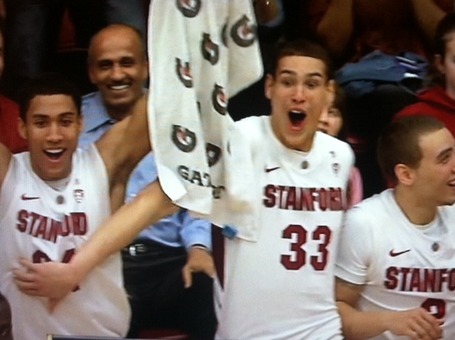 Dwight Powell is in disbelief. 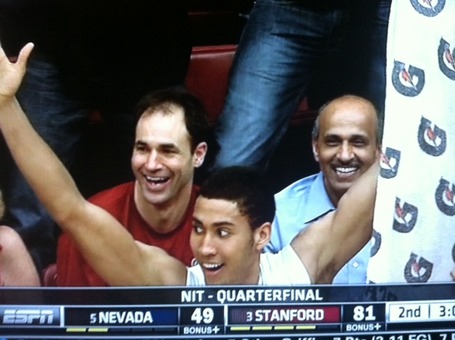 Josh Huestis wonders who that dude in the Jarrett Mann jersey is. 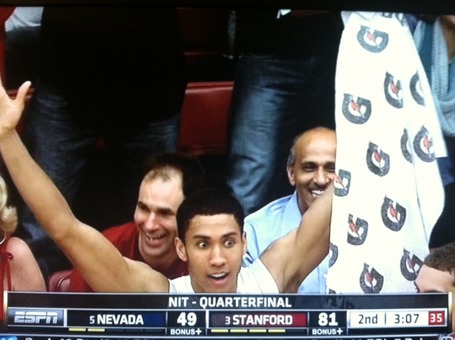 Did that just happen? 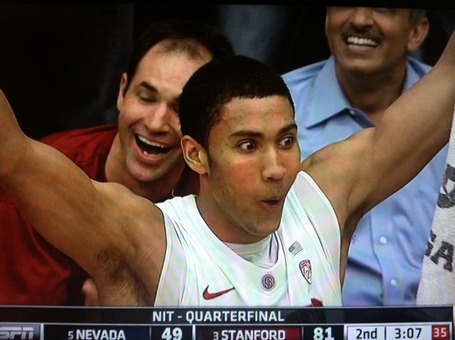 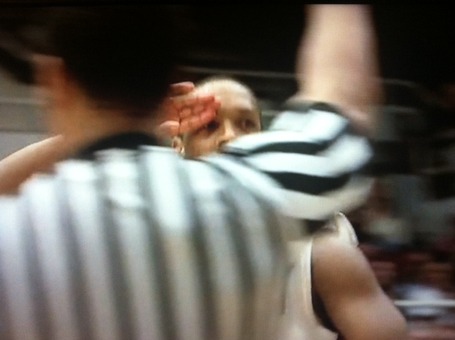 Mann salutes the 6th Man Club. See ya in the Big Apple.