Surely, you've seen the video of the defining moment of the 113th Big Game. If you haven't, do yourself a favor.

Andrew Luck described his collision with Cal safety Sean Cattouse, who's more accustomed to delivering big hits than receiving them, after the game:

"I didn’t really get a good look at him before we came together. I just hit him and let physics take over."

Physics is a beautiful thing. Hit the jump for a frame-by-frame look, with commentary. 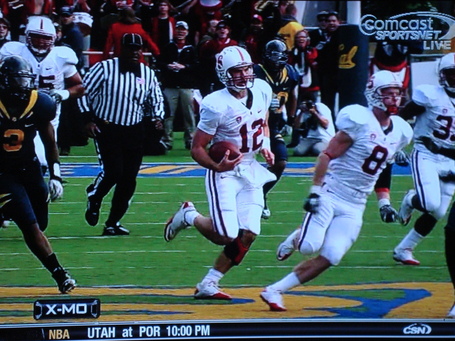 "In my head, I was thinking, 'Someone's got to be coming from somewhere.' I'm a slow quarterback and I'd been running for a while," Luck told SI.com's Stewart Mandel. 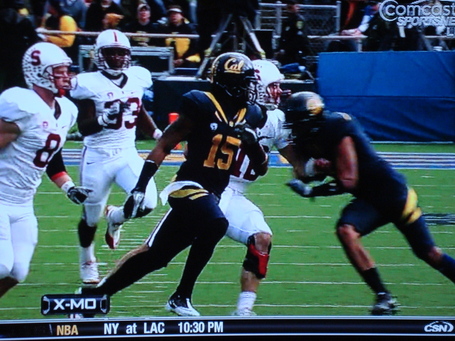 That someone was Cattouse, from Luck's left. 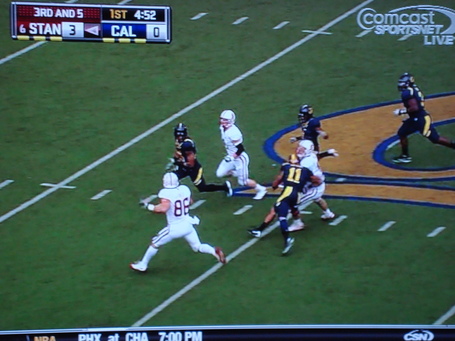 "He came in high on me, and I guess at that point momentum and inertia took over," Luck said. 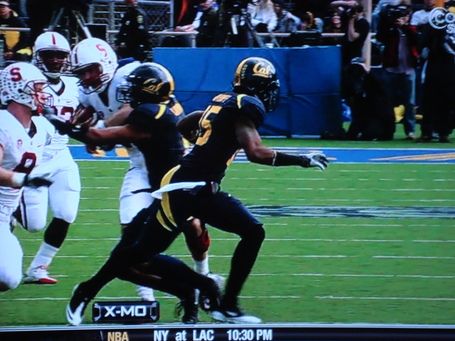 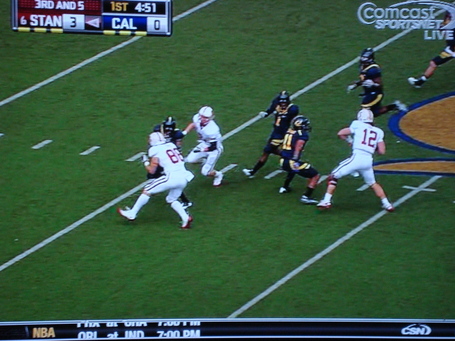 As @Luck4Heisman remarked, "Is there a stiff elbow trophy?" 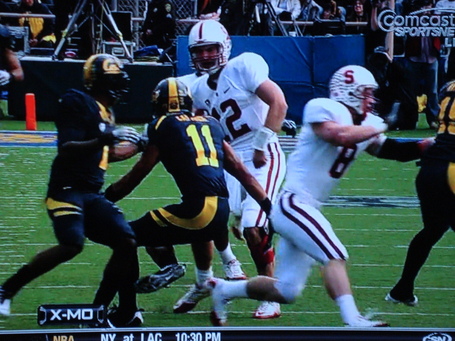 "I don't remember looking at him," Luck said. "I was just stunned I was still on my feet." 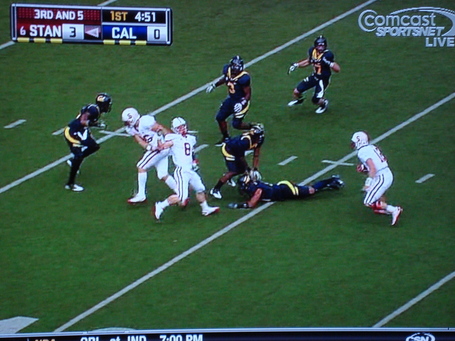 On his feet and about to run for another 20 yards.