Within the next couple of weeks, we should know who will be responsible for building upon the success that Jim Harbaugh helped the Stanford football team achieve over the last four years. Buckle up for the Stanford Coaching Search, less commonly known as the Andrew Luck Sweepstakes, College Edition.

The Stanford Daily outlines the next Stanford head coach's immediate responsibilities, which include retaining the Cardinal's touted recruiting class and defensive coordinator Vic Fangio. While some have speculated that Harbaugh will bring Fangio to the 49ers, James McGillicuddy said he thinks Fangio "is a must for the success of the team next year."

No matter who Bob Bowlsby tabs to replace Harbaugh, Go Mighty Card says the Stanford AD, who has declined to discuss a timetable for the search, needs to move quickly.

"If he waits too long, the impressive list of recruits committed to the Cardinal could stray; if he chooses the wrong coach, the momentum built by Harbaugh and his staff could stall and the program could sink back to the depths of the Buddy Teevens and Walt Harris eras." 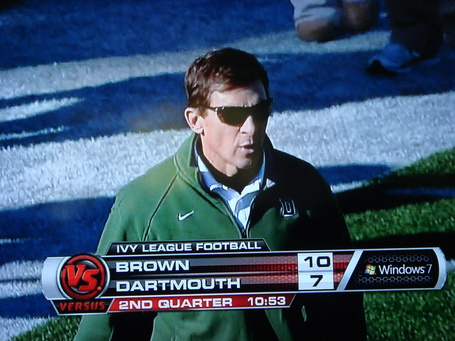 Roman, who interviewed for the since-filled head coaching vacancy at Vanderbilt in December, interviewed for the same position at Pitt on Sunday. Tulsa head coach Todd Graham, another potential Bowlsby target, is considered the leading candidate in that search. Meanwhile, senior Doug Baldwin told the Mercury News that "all the players want David Shaw as the head coach."

There's a good chance that Stanford's next head coach will be one of the aforementioned names, but as many of you have pointed out, it wouldn't be all that surprising if Bowlsby goes outside the box. Bowlsby kept a tight lid on the search process that culminated with his hiring Harbaugh in 2006 to replace Walt Harris.

Some of the names that popped up during that search were Jim Fassel, Mike Leach, Nick Aliotti, James Lofton, Steve Kragthorpe, and Ron English. Petersen's name was also mentioned, but he reportedly wasn't interested at the time. In the four years since, he has become one of the hottest coaches in college football and Harbaugh rebuilt Stanford into an attractive destination for proven winners. Perhaps the two are now a good match.

If Petersen is interested, I think he would be a great hire, particularly if he retained much of the current Stanford staff. I also don't think Bowlsby could go wrong with Shaw or Roman, who are familiar with the unique challenges of building a winner at Stanford.