Share All sharing options for: Matt Barkley: The Decision (Narrated by Shayne Skov)

Matt Barkley hasn't finished his journey as a Trojan football player, so he's returning to USC for one more shot at beating Stanford and a possible national title run. Good for him. Barkley made his announcement at USC's Heritage Hall, in front of a Christmas tree, and flanked by six vestal virgins Heisman Trophies. Five exhausting hours later, the golden boy with the golden arm took a breath and looked at his phone: 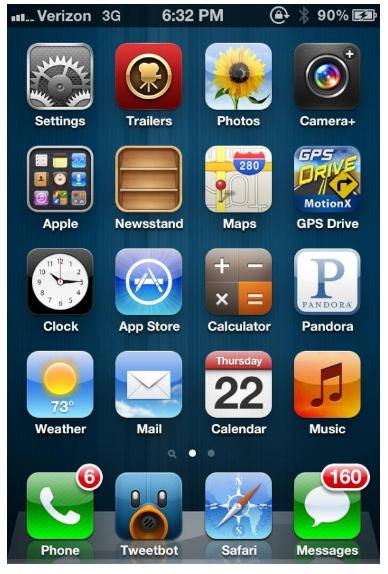 Only 160 messages?! LeBron probably had 1,600. And Andrew Luck, well, his outdated phone might not receive text messages.

Tracking the buildup to Barkley's announcement on Twitter was amusing to say the least. By the time he stepped up to the microphone, there was no doubt that the QB was foregoing the NFL draft and returning to Troy. In addition to all of the fanfare surrounding the event, including the stage setup and the Song Girls in attendance, at least one USC player tweeted that Barkley was coming back. There was little drama, but plenty of reaction to the news on Twitter.

Shayne Skov's running commentary was among the best:

You know you can't turn away from this excitement, Shayne.

At least Skov appears to show some Pac-12 love here. He could've said that Barkley is stuck in two better QBs' shadows.

Many people pointed out in a just-sayin-sort-of-way that Luck announced his decision to return through a school release. To each his own. With their postseason ban, USC needed something to feel good about. Yesterday's event was like the Jack in the Box Matt Barkley Bowl Presented by Twitter.