Opening Number: 0, as in number of wins in the state of Oregon for one Andrew Luck. The Heisman candidate is 0-2 in the Beaver State, including a 38-28 loss to Corvallis in 2009.

Ty Montgomery, Stanford WR: He has seven catches all season, but I've taken the liberty of giving the freshman wideout a nickname: Big TyM. By all means, suggest your own in the comments. If Montgomery picks up where he left off against the Trojans -- that is, serving as Luck's go-to receiver in the fourth quarter and overtime -- he's poised for his biggest game yet.

A.J. Tarpley, Stanford LB: Tarpley is also coming off the best game of his brief career. The redshirt freshman, who has played more since Shayne Skov's season-ending injury, had an interception and the game-clinching fumble recovery against USC. We learned this week that people think he looks like Sly Stallone.

Malcolm Agnew, Oregon State RB: The freshman rushed for 223 yards in Week 1 against Sacramento State before missing four games with a hamstring injury. He's been up-and-down since returning to the field and is coming off a 26-yard performance against Utah. He won't make anyone forget Jacquizz Rodgers, but he's one of the rebuilding Beavers' best offensive weapons. Stanford will provide his stiffest test yet.

Scott Crichton, Oregon State DE: Yet another one of Mike Riley's impressive freshman, Crichton has 45 tackles, four sacks and two forced fumbles this year. He said it'll be an honor to play against Luck, but also that he has a feeling of an upset. 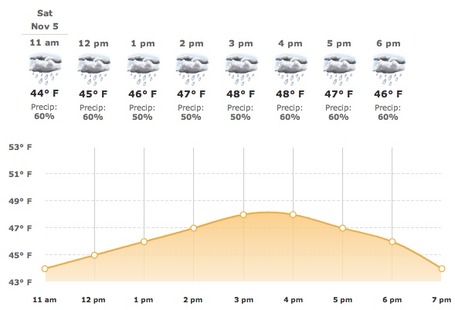 Rain: After eight games in perfect or near perfect weather (it's a dry heat in Arizona), the forecast for tomorrow is cold and rainy. Stanford fared pretty well in its last bad weather game, shutting out Washington 41-0 last season.

Trap Game: It's usually defined as a game against a lesser opponent sandwiched between two tougher opponents. This game certainly qualifies. Stanford insists it's finished reveling in its big win over USC and isn't looking past the Beavers to next week's showdown with Oregon.

Corvallis: The Cardinal has lost four of its last five games at Reser Stadium, the lone win a 20-17 victory by the Walt Harris-coached 2005 team. Three of the four losses were blowouts. Corvallis has proven a house of horrors for a couple of highly ranked USC teams in recent years. The Beavers upset the No. 1 Trojans in 2008 and the No. 3 Trojans in 2006.

Injuries: Stanford will be without right tackle Cameron Fleming, kicker Jordan Williamson, and tight end Zach Ertz against the Beavers. Delano Howell will make the trip, but is unexpected to play. Tyler Mabry will make the first start of his career in place of Fleming.

Willys doesn't expect Stanford to have any trouble against the Beavers. | The Daily Axe

With a win tomorrow, Stanford can tie the school record for consecutive road wins (8). Plenty of other fun facts here. | Stanford Football Blog

A few matchups to watch. | The Oregonian

Luck has "no fond memories" of his last trip to Corvallis. | The Stanford Daily

Prediction: Stanford 42, Oregon State 10. I think the Cardinal will be able to do what they want offensively against the Beavers and have a field day on the ground even without Cameron Fleming. Defensively, Stanford should get enough pressure on OSU QB Sean Mannion to force him into some bad decisions. This should be the game that Stanford says goodbye to its first half woes.