Share All sharing options for: Twelve Days of Pac-12: USC 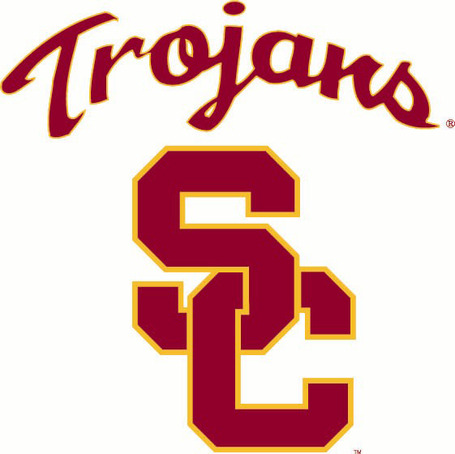 Remember kids, the next time you want to write "Trojans" in script, you need to ask USC for permission 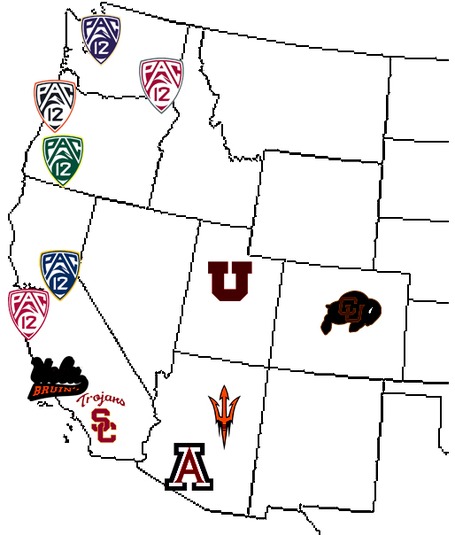 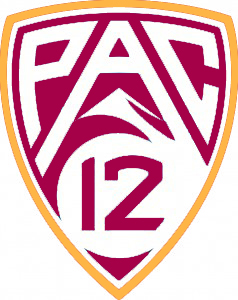 Did you know?  USC football has not been known to lose.  The lean years of the 1980s and '90s are largely forgotten by the Trojan fanbase for the winning years of John McKay and Pete Carroll.  In fact, in the 117 year history of Trojan football, it's only registered consecutive non-winning seasons 13 times.  However, it still doesn't ease the pain of last-second defeats.

In 2001, Carroll's first year as head coach, the Trojans were largely playing under the same recruits that former coach Paul Hackett had brought to the LA campus.  As a result, you could understand Trojan faithful skepticism after that first season when the team went 6-5 overall and landed in fifth in the conference.  While the Trojans finally made it back to a bowl game (Las Vegas Bowl) after a two year absence, it was the Oregon and Washington games that USC fans truly regret.  In Oregon, USC had made the #7 Ducks very worried as the game wound down with the Trojans leading 22-21.  In the final 1:05, though, Joey Harrington engineered a 65-yard drive that resulted in Oregon kicking the game-winning field goal with 0:12 remaining in the game.  What hurt about this game for USC was that only minutes before USC had rallied with a TD that resulted in a missed two-point PAT.

(We now pause to remind you that the following game was the famous Stanford-USC game in the Coliseum, the final home game USC would lose until 2007, against Stanford as well.  Oh and two weeks later in 2001, Stanford also broke Oregon's 23-straight home winning streak.)

Following the Stanford loss, the Trojans headed to Seattle where a backup quarterback willed the #11 Huskies back from a 7-point deficit at halftime to tie the game, where with 0:00 remaining Husky kicker John Anderson iced the game with a FG to win 27-24.  It must have been like deja vu for fans of both teams when almost the exact same thing happened in the same stadium only eight years later.

What's important, though, about the 2001 season is that it marked the first time in USC history that the Trojans lost twice in the final 0:12 seconds of play.  The feat was unfortunately repeated for USC nine years later when they lost to Stanford and Washington (again) on last-second field goals, only this time it happened in consecutive weeks.

I could have easily ended this section with those three words and no one would have batted an eye.  Traditionally, Stanford fans are a genial, friendly group of people.  Even when Stanford loses a game, they don't hold grudges against the vast majority of their opponents or their fans.  But if there is one school that causes Stanford fans, students, and alumni to collectively lose their *!&# common sense wits, it's USC.  Sorry Cal fans, but you just don't garner the same type or intensity of loathing that USC does.  Everyone dislikes USC outside of the school itself in the conference, but the Stanford-USC relationship is something else entirely.  It's a rivalry that's lasted for well over 70 years, and almost any word but "friendly" or its synonyms could be used to describe it.

To describe the relationship, though, you have to look at the similarities between the two schools.  They're both major research universities on the West Coast.  They're both selective about who they admit (yes, it's true).  They're both private universities with generous alumni.  And they both have very storied histories in athletics.

In almost every sport that the two schools have in common, there is always some sort of animosity between the players, coaches, and fans.  For several years, the Women of Troy routinely battled with the Cardinal for volleyball supremacy in games that would feature multiple Olympians -- on both teams.  The water polo teams (both men and women) have fought some very ugly games in the pool over the years.  Stanford men's tennis team under the direction of Dick Gould was matched by only one other team in the conference -- USC.  In years that baseball is good at USC, the series would have intense pressure for both teams.  Heck, even in years where USC wasn't good the series were still entertaining.

For many Stanford fans, though, the Cardinal-Trojan relationship is defined by football.  There's no shame in admitting that Stanford fans harbor some jealousy towards USC for winning so many times.  It's a feeling shared by many other schools.  Stanford usually justifies it by saying that even though the Trojans win on the field, Stanford wins in the classroom, which may explain the usually dismissive attitude that Stanford alums have towards USC when not talking about football.  When Stanford wins against USC, though, it is a feat that is remembered for years, in part because they happen perhaps with less frequency than fans would like.  It would also explain why four years later Stanford fans are not afraid to point to the 2007 game on a continual basis as the second greatest achievement in Stanford football history, behind only the 12-1 Orange Bowl season (btw, if you want an idea of how strange Stanford's rivalry with USC is, fast-forward to 6:25 of that video to hear some insight as to why these two teams don't like each other contrasted against the fans).

To be fair, both teams have prevented the other from Rose Bowl appearances.  If one needs justification for why both schools dislike each other, they need only to look at the games between the two from 1968-1972 where both teams were dominant and the winner usually deciding the Rose Bowl bid.  There have also been several instances where Stanford has prevented USC from having the overall #1 ranking in the country at the end of the regular season.  But the vitriol, like I mentioned, goes much further back.  One of the more infamous moments happened during the post-war years when Stanford students featured a pregnant lady on a card stunt with "TROJANS" crossed out.  The Stanford band would have been proud.

It's been said that USC fans don't garner the same kind of "hatred" that Stanford fans have towards USC, and that probably is true.  If you were to rank USC rivals, at best, Stanford would come in either second or third, depending on how you ranked UCLA and Notre Dame.  If Stanford can continue to win on the field against the Trojans, though, and the band continues to hurl insults of the veiled (and not-so-veiled) variety at USC and its alumni, then I expect that this rivalry will become more of what it once was before Pete Carroll.  For the moment, fans of both schools can, if anything, expect one thing when Stanford and USC meet up in any sport: 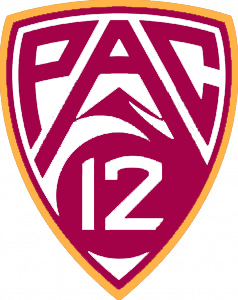