Share All sharing options for: Twelve Days of Pac-12: Colorado 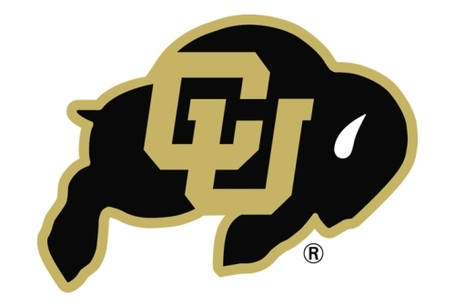 Thank you, Colorado.  Having three UCs in the conference would have just been too much. 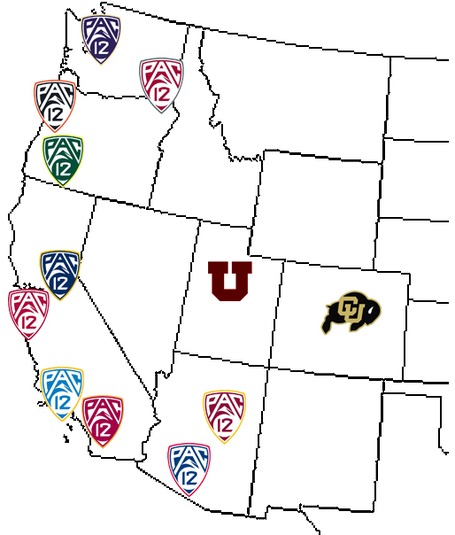 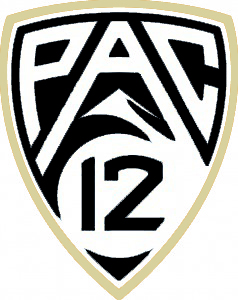 Did you know?  No stadium in the Pac-12 has undergone more drastic facelifts more times than CU's Folsom Field.  While Autzen Stadium in Eugene has transformed itself several times, the renovations to Folsom Field make it nearly unrecognizable from its original iteration as a track & field stadium.

In the late 1960s, realizing that the dirt area was not suitable for seating, and the only way to get rid of it would be to demolish the seats and rebuild, Colorado instead decided to pave over the dirt/meadow and painted the now famous sign over it.  Over the years, the sign has changed colors several times, including a brief stint as a blue background with gold lettering.

General Pointers for joining your new conference:
First off, welcome.  You and Utah have provided a much needed shot in the arm to the conference.  Yes, the ten current members before you have significant history between each of us, and yes, familiarity can breed contempt.  But that doesn't mean that we aren't willing to bring new members into the fold of dislike and cries of "Cheaters!" across the Western U.S.  That being said, we're here to help you out in your transition from the Big 12's forgotten child to a member at the adult's table in the Pac-12.  With that in mind, let's take a look at some things you should (and should not) do in your new conference. DO cultivate a rivalry with Utah.  The Pac-10 members have their rivalries already, so they aren't likely to take you on as a rival.  The Arizona schools, though, may consider you a regional rival along the same veins of the Northwest and the California schools, so that would be something to look forward to as well.  For the time being, you can keep all your anti-red gear -- just bring it to your Utah game. DO NOT feed the trolls in Lincoln.  In fact, don't even be a troll in any Nebraska fan setting or forum.  This includes newspaper editorials and comments sections.  You all seem to have a pretty good handle on this, though, so notch one already in the "win" column for you all. DO add a baseball team, or failing that, at least a softball team. There are 11 teams in the conference in baseball and nine in softball.  Get with the program and add the major spring sport.  Otherwise, you'll just become a footnote in track & field press releases, and no one will really pay attention to you after basketball season's over.  That's a long five month layoff, especially in a conference that routinely sends teams to both the CWS and the WCWS. DO NOT win championships in skiing and think that you've made a name for yourself in the conference.  Winning a skiing conference is great and a good way to help cultivate that rivalry with Utah, and by all means you should not divert your resources from skiing to Pac-12 sports.  But ultimately it's a niche sport out here in the West.  We just won't care about it at the end of the day.  It's the equivalent of saying UCLA won it's 20th women's water polo title in Corvallis. DO continue your traditions.  Don't change a thing in terms of your gameday experiences just because you're playing USC for the first time in years at Folsom or 11-time champion UCLA at Coors.  While entering a new conference is an opportunity to begin new traditions, it shouldn't be at the cost of the old ones. DO NOT get offended when inevitably Walnut Creek calls for you to hold off on running Ralphie around your home field for a game or so.  Trust us.  It will happen.  This is the same conference that listens to cheers for objectionable material and has the Stanford Athletic Department on speed dial when the band travels to Los Angeles. DO support your teams, and when possible, your conference-mates.  Everyone likes to knock Wazzu for being perennial bottom-feeders in almost every Pac-12 sport, but if you talk to some of their fans, they're probably the most passionate fans in the conference, and that's including fans from storied programs like UCLA and USC.  We may not have the intensity or insane fanaticism of SEC football fans or Big East basketball fans, but we will defend our conference from anyone who dares threaten it with the tired, "The Pac-10 isn't a good league. Look at how many teams they put in bowls last year." DO NOT throw bottles, trash, and debris onto the playing field when you lose.  Look, we know you have a knack for being pretty classless in some of your former Big 12 games, especially in games against UT and Nebraska.  Don't do that here.  No one should aspire to be the next Arizona Zoo or Washington State alumni section circa-2002.  You'll be branded hooligans for life, and in the Pac-12, that's not a good thing, especially when the conference likes to pass around conference championship sites amongst its members. DO enjoy your rivalry with the Golden Bears.  Your conference equivalent in terms of hippies, stoners, and homeless per sq. ft. will finally have someone to relate to instead of hating every single team not named Cal. DO NOT think that fans in the Big 12 are the same as fans in the Pac-12.  We're much more laid back and not as likely to cry incessantly if we lose.  Heck, college sporting events for many of us are just some on a long list of things we can do in our spare time. It's not unusual for many of us to devote only half a day for football games, as opposed to, you know, getting up at 5:30AM to stake out tailgating spots and staying there until four hours after the game ended -- at 3PM.  Our lives do not revolve around (or depend on the success of) college sports. DO have fun! We like you, we wanted you, and we're happy to have you here. DO NOT make us regret it by doing something stupid like going out and getting sanctioned by the NCAA.  Any goodwill will be lost at that point. 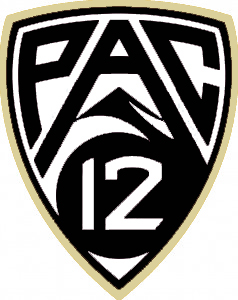