Share All sharing options for: Twelve Days of Pac-12: Utah 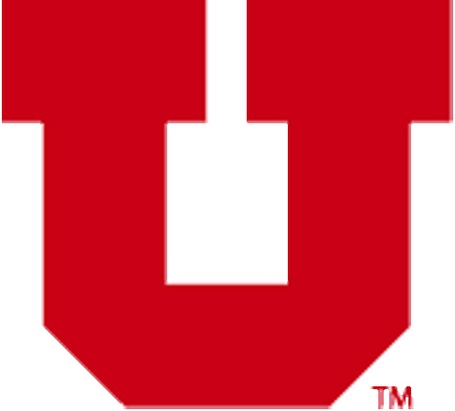 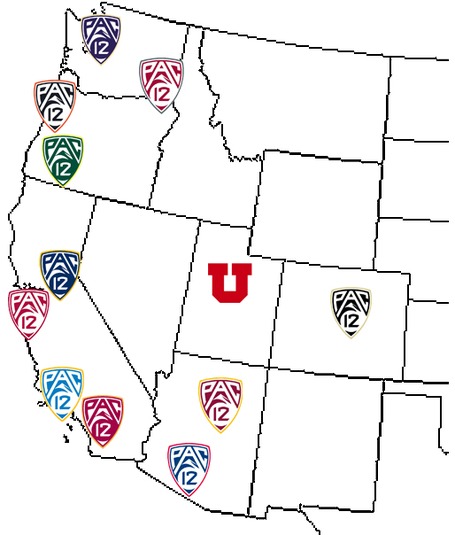 The Pac-12 is here, and to ring in the new conference, we're going to take a look at the schools of the Pac-12 and share some interesting facts and history.  Today we'll look at the University of Utah.
Established: 1850First Football Season: 1892Varsity Sports: 17Football Stadium (built/capacity): Rice-Eccles Stadium* (1998/45,017)Basketball/multipurpose Stadium (built/capacity): Jon M. Huntsman Center (opened as Special Events Center in 1969/15,000)Football Conference championships (Claimed National Championships): 24 (0)Total NCAA Team Championships (last): 21 (2003, Skiing)Most Successful Team Sport: Women's Gymnastics (10 national championships, consistent top-5 finisher, only school to qualify for NCAA championships in every year of existence, won 22 of 25 attendance records for women's gymnastics, one of the highest draws for a women's sporting event in the country)

*Utes Stadium opened in 1927 in the original location of R-E Stadium.  When Salt Lake City was awarded the 2002 Winter Olympics, Rice Stadium was completely demolished a la Stanford Stadium immediately after their game against Rice and rebuilt within 10 months.  The only portion of the stadium remaining from the old Rice Stadium are the South endzone seats, built in 1982. 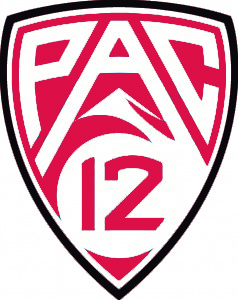 Did you know?  The Utes have a unique place in national history as being the first (and only) school to have produced a No.1 draft pick in the NFL and NBA in the same year, with Alex Smith and Andrew Bogut respectively.  But of importance to Stanford fans is how the Utes played a key role in the history of Stanford University and Stanford Athletics.

On October 17, 1989, a 6.9 earthquake rattled the Bay Area, resulting in several deaths and almost a billion dollars in damage to property.  Most people remember the earthquake for delaying the Battle of the Bay World Series by almost two weeks.  When baseball returned, though, it wasn't the first sporting event held in the Bay Area since the earthquake.  Four days after the tremor, Stanford was scheduled to play Utah in a home game at Stanford Stadium.  Nervous about the potential for aftershocks as well as the ability to actually hold the game in a shell-shocked region, university administrators from both Stanford and Utah as well as conference officials met hastily to determine whether or not the game would be canceled, moved to Salt Lake, or postponed until a later date.  After an inspection of Stanford Stadium revealed no structural damage, all parties agreed to keep the game at Stanford Stadium and use it as a sign that life was moving on for Bay Area residents.

When the game kicked off that bright Saturday afternoon, jittery residents were reluctant to attend.  It supposedly took until halftime for the attendance figure to reach five digits.  While much of the university was concerned with damage to other buildings around campus (notably Old Chem and Memorial Church), the football game did serve its purpose, at least on campus, of helping students and staff forget the events of only four days earlier.  Even though the game was a 24-27 loss for the Cardinal, the Utah-Stanford football game was unofficially the first football game and arguably the first major sporting event to take place after the earthquake.

General Pointers for joining your new conference:
Welcome, Utah! As with Colorado, you've provided a much needed shot in the arm to this conference. Your time out West with us will be fun and interesting to see, considering that you're pretty much the first school from a non-AQ conference that actually was good in football making the jump to a BCS conference. You've already embarassed several Pac-10 teams in the past (including Stanford in the late-80s), as you pointed out all this past week. As Colorado heard earlier, the ten teams of the Pac-10 have a lot of history between them despite having known each other for 33 years (comparatively short in college athletics terms), but that doesn't mean that we don't have room for two more at our table. To that end, here's some do's and don'ts for enjoying your time in the Conference of Champions.

DO cultivate a rivalry with Colorado. Seriously, they can be vicious. No other school is going to take them as a rival, and they've already turned their attention West to you all. It would be in your best interests to reciprocate the feelings, or failing that, get back in the bad blood of the Arizona schools.

DO NOT attempt to start new rivalries with any California or Northwest school in football. It won't work. Those eight schools have too much history between them to allow an interloper into their various rivalries. We know some of you want to start a "rivalry" with USC. We will laugh when you realize that it's just not going to happen. Not in football or any other sport. This is otherwise known as the "non-Pac-8" rule. Ask Arizona and ASU for clarification if you're confused.

DO become competitive in other sports not named football. When I was looking up records for Pac-12 sports that feature all 12 teams, your records were by far some of the worst. Arguably, you're worse than Washington State (sorry Wazzu fans). That needs to be corrected pronto. Mediocrity just doesn't cut it for long here.

DO NOT become the Nero of the West, just so happy to be in a BCS conference that you neglect everything else around you. We can excuse the occasional losing team. We can't excuse lack of effort or support (but we can laugh at it at times).

DO allow yourself to think of yourself as one of the "big boys" now. You're in a BCS conference now, on track to being a full-revenue sharing member in just four years. Having a little bravado and a puffed up chest can sometimes be a good thing.

DO NOT let it get to your head. Large egos are a problem in the conference right now for some schools. You'll see what we mean on September 10th.

DO enjoy your new sites (and sights). Despite the west coast traditionally being viewed as a tad more liberal politically, you'll discover there is a wide breadth of cultures across the conference, and sometimes in the same school. Diversity is good!

DO NOT get offended when the LSJUMB finally meets up with you, whether its in football or basketball. Heaven help you all if they are ever allowed in Rice-Eccles Stadium. It'll probably be worse than their BYU show a few years ago, so prepare yourselves and know its all just in jest in the end. And if you do get offended, take a number, have a seat, and they'll call you to the window when your number is called.

DO continue your traditions! The Crazy Lady of Utah should not be tamed just because she's danced her way into the Pac-12. She might have her jumbotron time reduced for a Pac-12 advert, but she and the MUSS are some of the most unique traditions Utah has to offer to the Pac-12.

DO NOT come into the conference with the expectations that you'll be competing for Rose Bowl appearances any time soon. Arizona's been in the conference for 32 years and still has never seen Pasadena in early January. Oregon State, while it won the conference a decade ago, was bumped to another BCS bowl because of poll craziness (which you all should be aware of), denying them their first Rose Bowl appearance in 30+ years. And if you really want to see mediocrity at work, ask Cal fans why they haven't been to a Rose Bowl since 1959 (make sure and wear your 2005 Fiesta Bowl shirts while asking it, too).

DO enjoy your new conference! It's a historical shift for you all, and all Utahans should be proud.

But finally, for the love of all that is good and holy DO NOT treat BYU as your rival. Nothing will fast track you to conference also-ran quicker than bringing up BYU as you all have continually done this past year. Seriously, give it a rest. If they bait you, bite your lip. If they taunt you, look the other way. If they try to say they're better off than you, just roll your eyes. The worst thing that a Ute fan can do is bring up your precious "Zoobs" in any week other than the week you play the Cougars. You'll be looked down at as the kid we invited to sit at the adults' table for Thanksgiving and then proceed to make a fool of yourself for the rest of the meal. BYU is gone. Dun. Past. History. Your attention is the Pac-12. Let them deal with their ESPN-fed football schedule and WAC opponents on their own. I cannot stress to you how much this step is crucial. We did not invite them to the Pac-12, so don't bring them up incessantly. 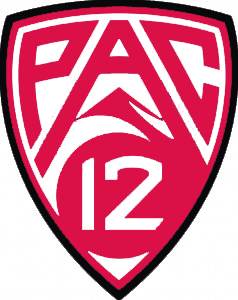