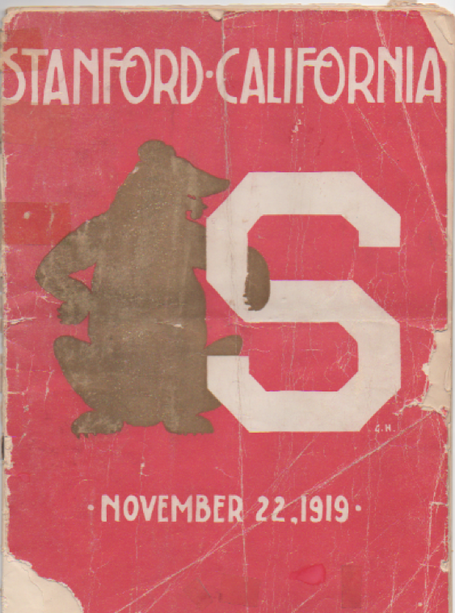 Last weekend I spent a few hours with my grandfather, flipping through his Big Game program collection while listening to him reminisce about the Vow Boys, the Wow Boys, and his other incredible memories of the Stanford-Cal rivalry.
Between now and the end of October, I'll share his Big Game collection and experiences with you, posting the cover and a few choice inside pages from almost every program dating back to 1919. In the weeks leading up to this year's Big Game, I plan to create an NCAA tournament-like bracket of Big Game program covers to decide, by your votes, the greatest Big Game program of them all. I have a few other ideas for this project that I'll unveil soon, but if you have any suggestions for making it better, please drop me a note in the comments.
First up: 1919. I've posted a PDF version of the entire program here. (By a crazy coincidence, CalBear81 posted images from the 1920 Big Game program earlier this week at California Golden Blogs. If you haven't had a chance to check it out, you can do so here.) Gotta love the CGB-RoT synergy.
More images from the 1919 Big Game program after the jump... 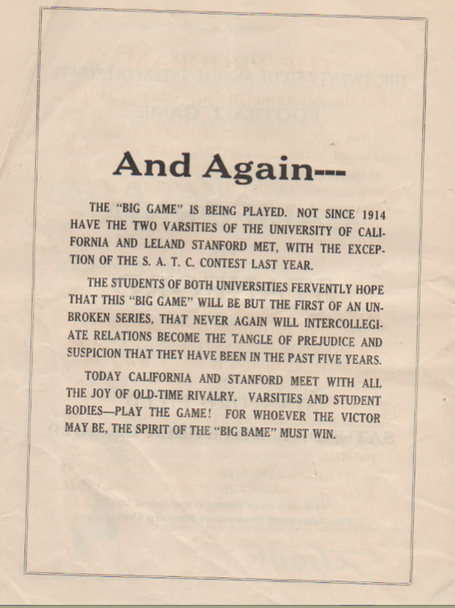 The 1919 season was an important one in Stanford football history. With President Ray Lyman Wilbur's approval, American football returned to the Farm for the first time in 14 years. Led by head coach M.C. "Bob" Evans, Stanford lost Big Game 14-10 and finished the season with a 4-3 record. The S.ATC referenced in the page above was the Student Army Training Corps. Cal's varsity squad demolished Stanford's SATC team, 67-0, in 1918. Thankfully, none of the SATC's games are counted in the Stanford record book. The squad, which included non-Stanford students, was outscored 242-8 in four games. 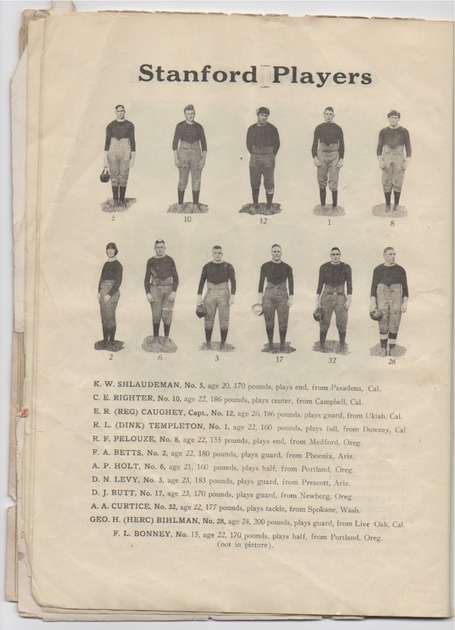 Dink Templeton (second from the right, top row), who previously starred for the Stanford rugby team, converted a 35-yard drop kick field goal in the loss. 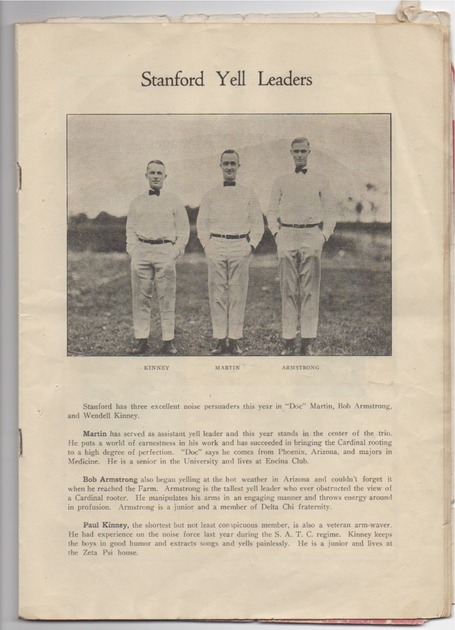 Cal's Yell Leaders included a guy who went by the nickname Red. "It must be admitted that his hair is a Stanford ad. Red is the longest, leanest, red-headedest yell leader seen in these parts for a long time, and he has a set of motions all his own. Watch him tie himself in a knot." 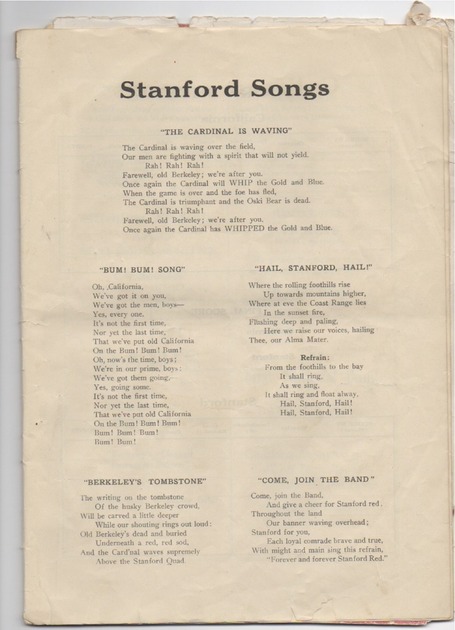 This is one my favorite pages in the program. I wonder if the LSJUMB would consider reviving the "Bum! Bum! Song" or "Berkeley's Tombstone."