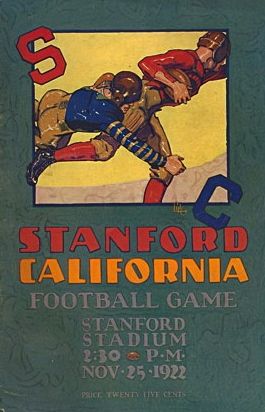 The 1922 Big Game was played at Stanford Stadium for a second consecutive year and the result was similar to the previous year's. Cal controlled the game and won easily, 28-0. My grandfather's copy of the 1922 program is missing the cover, but I've posted images of some of the inside pages after the jump, including an amusing foreword. I'll post a PDF of the entire program on Scribd in the next couple of days. 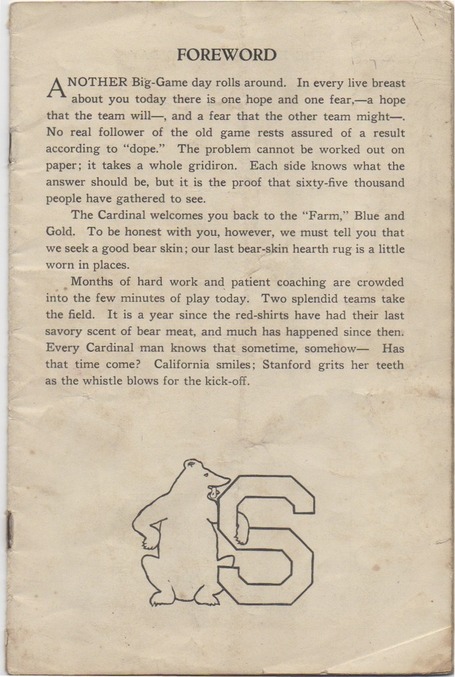 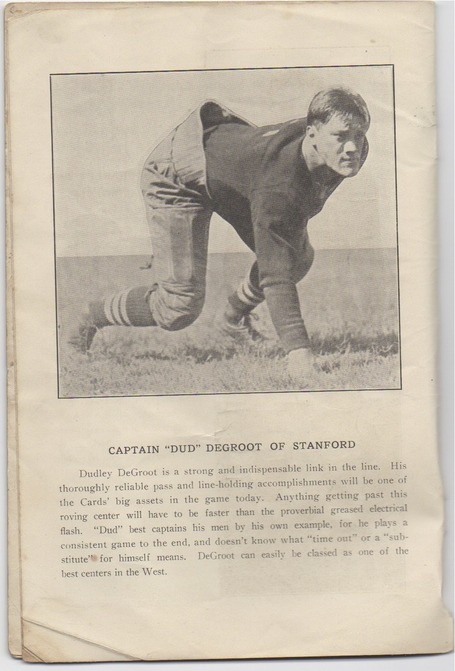 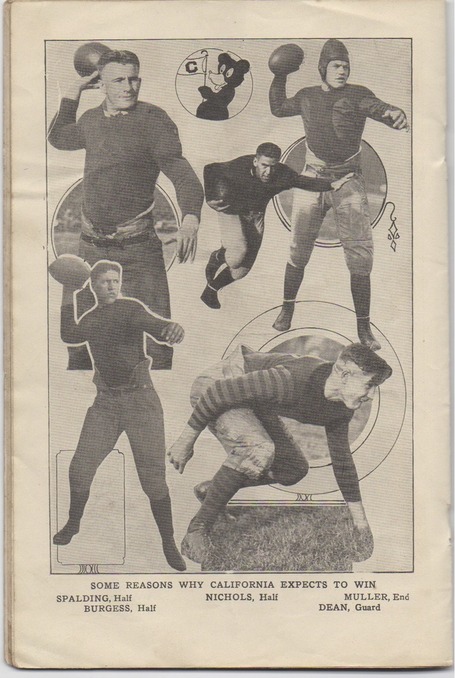 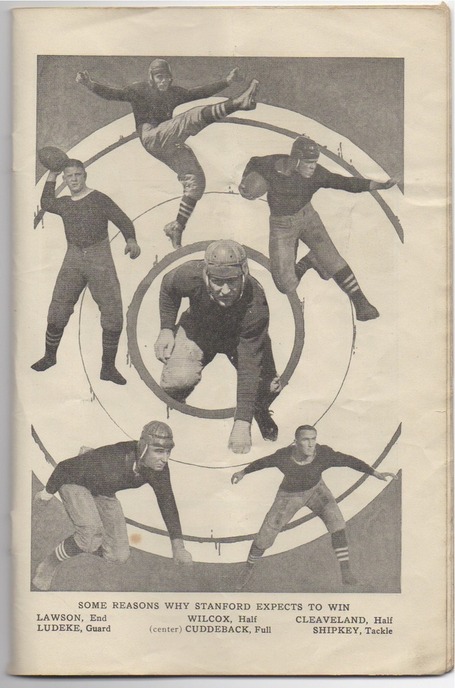 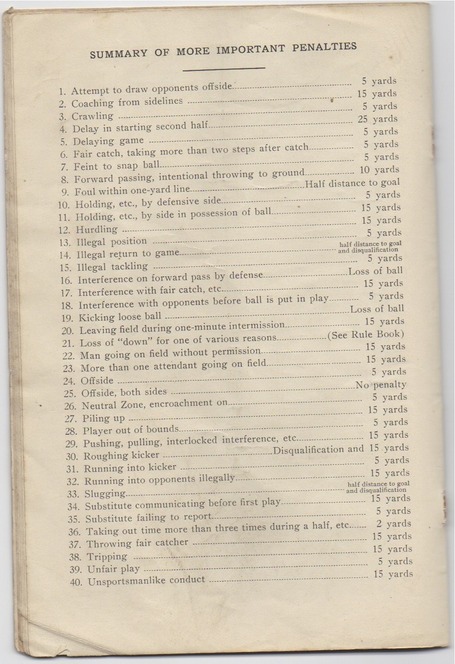