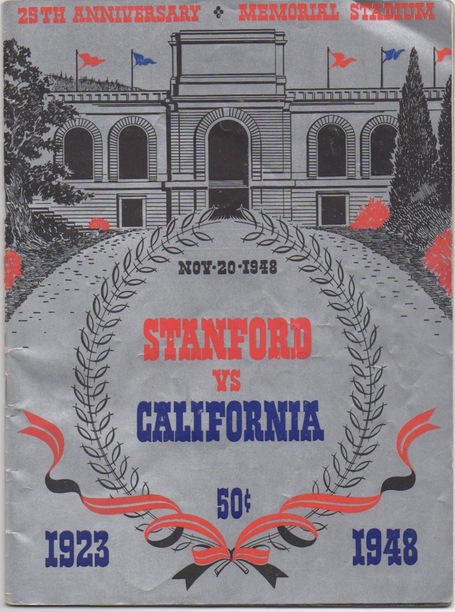 Undefeated Cal was the prohibitive favorite at home, but Stanford managed to put a scare into the Bears, who won 7-6. Cal scored its only touchdown in the first quarter. Jim Cullom, who booted the extra point following Jack Swaner's two-yard run, blocked Stanford's extra point attempt after the Indians capitalized on a Jackie Jensen fumble.

A few inside pages after the jump... 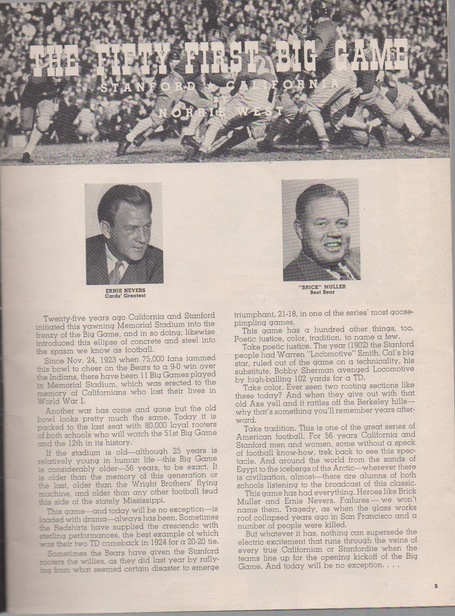 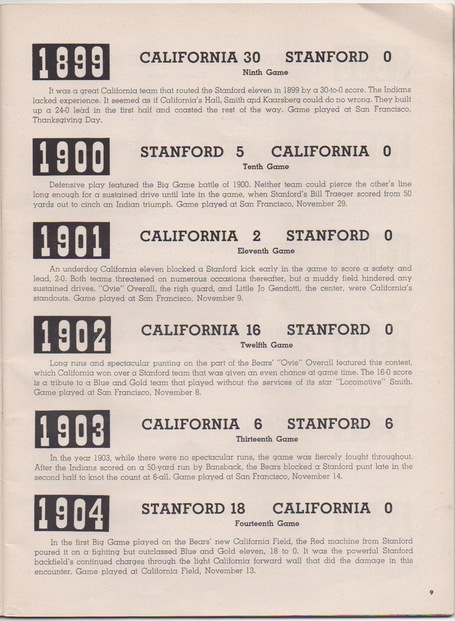 The program features summaries of every Big Game. 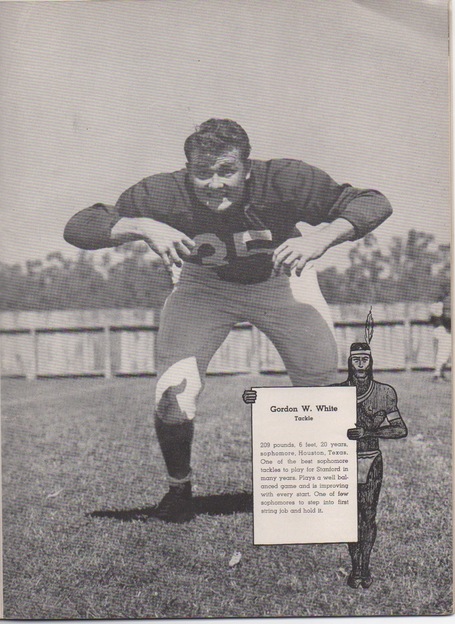 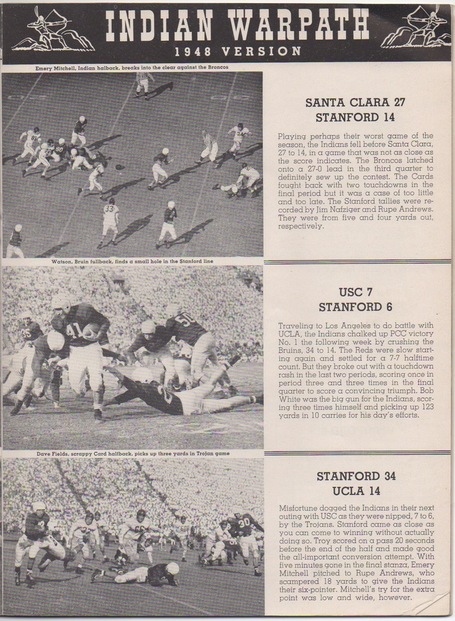 Stanford lost Big Game by the same score and in the same fashion as it had lost to USC earlier in the year: a missed extra point. (The program's editor switched the summaries for the USC and UCLA games above.)