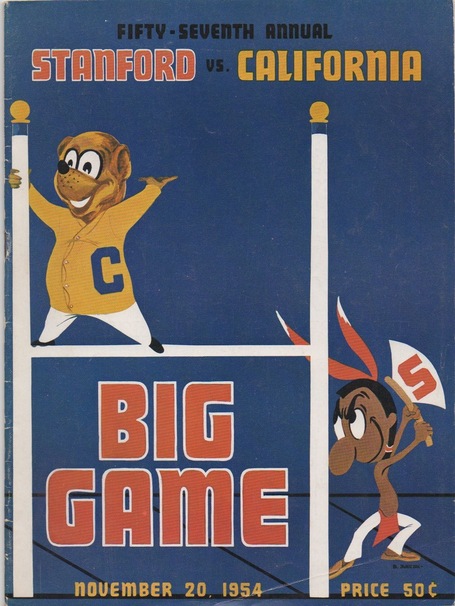 Early on, it appeared Stanford was headed for a Big Game defeat that would rival the 72-0 drubbing the Indians suffered earlier in the season. Cal quarterback Paul Larson's 8-yard strike to Jim Hanifan on the first drive of the third quarter gave the Golden Bears a 28-0 lead, but Stanford battled back behind sophomore quarterback John Brodie. Cal hung on to win, 28-20, and took the Big Game series lead, 24-23-10. 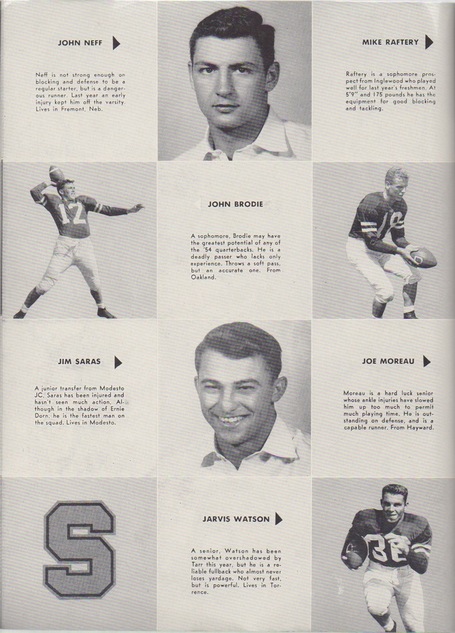 Brodie would soon realize the potential he flashed in '54. 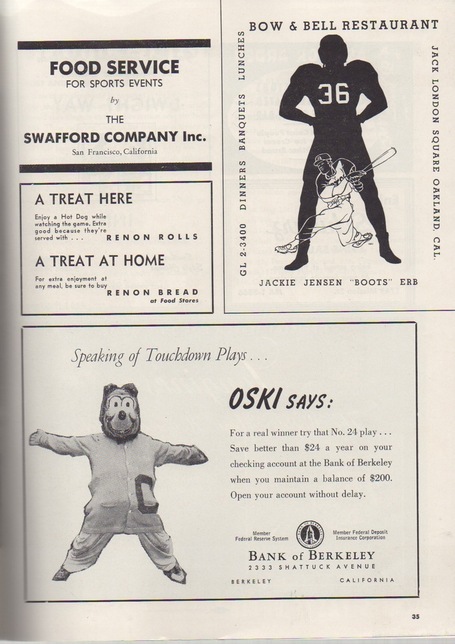 Oski says...Renon rolls are the best.