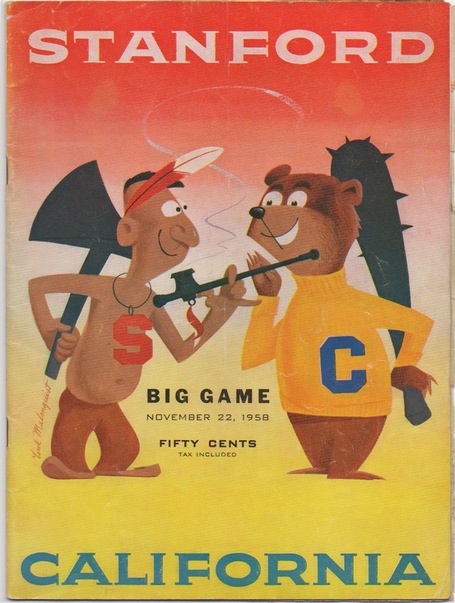 Cal needed a win to secure a trip to the Rose Bowl. Stanford needed a reason to feel good after a trying season in Jack Curtice's first year at the helm. The Indians, who entered the game with a 2-7 record, scored a late touchdown to cut Cal's lead to 16-15. It was the first season that teams were given the option to go for two instead of attempting an extra point, and with nothing to lose (other than the game), the Indians went for the win. Skip Face was dragged down just short of the goal line, preserving Cal's win. 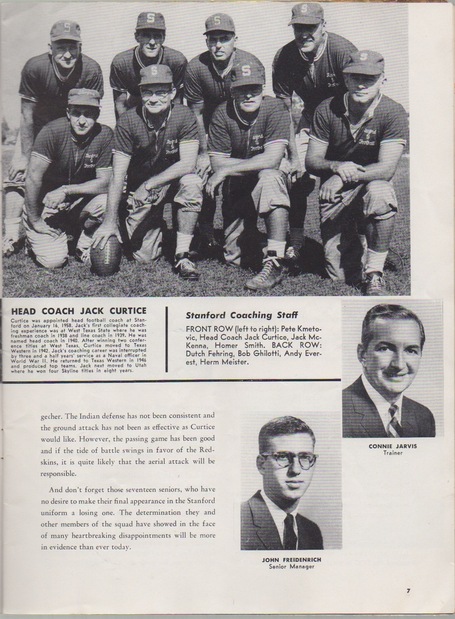 Yes, there was a time when coaches didn't all wear the same officially licensed hat. 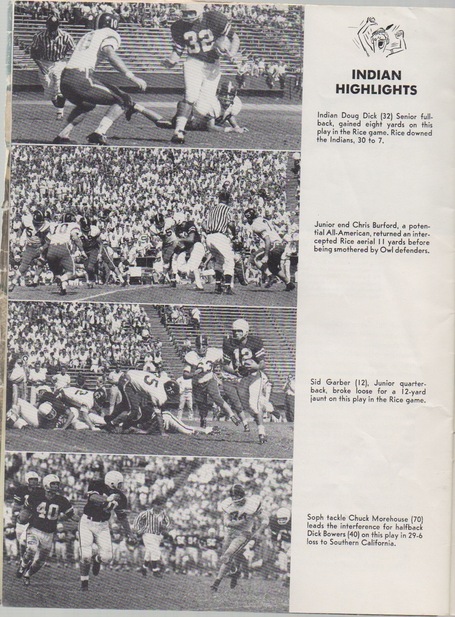 "Highlights" from a couple of Stanford losses.