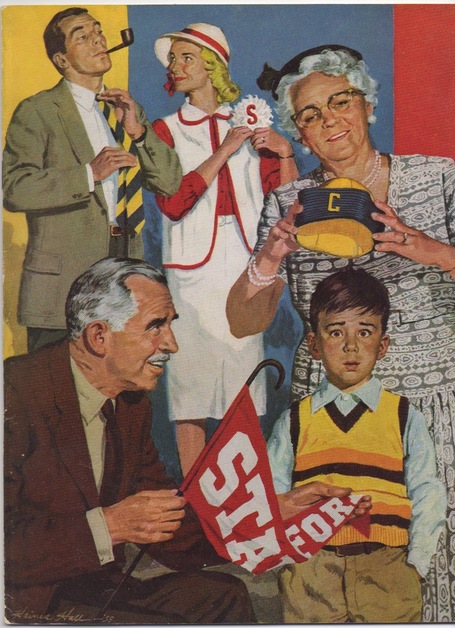 The cover of the 1959 Big Game program revives the house divided theme. This one resonates with me, as my paternal grandfather (the owner of this collection of programs) went to Stanford and my paternal grandmother went to Cal. My grandparents hosted Big Game viewing parties at their house when I was younger, which served as my introduction to the rivalry. I remember siding with my grandmother and supporting Cal because I felt bad that she was so outnumbered by all the Stanford fans in the room. Try not to hold it against me.
Cal won 20-17 in 1959, despite the record-breaking efforts of Stanford quarterback Dick Norman. The junior completed 34-of-39 passes for 401 yards, establishing NCAA standards for completions, passing yards, and completion percentage. Indians tight end Chris Buford had 12 receptions to tie the NCAA record for most receptions (61) in a season.
Trailing 20-17, Norman led Stanford to the Cal 10-yard line with 10 seconds to play. For the second consecutive year, head coach Jack Curtice elected to go for the win instead of the tie. Norman carried the ball to the 5-yard line on the next play, but the clock expired and the Bears escaped. 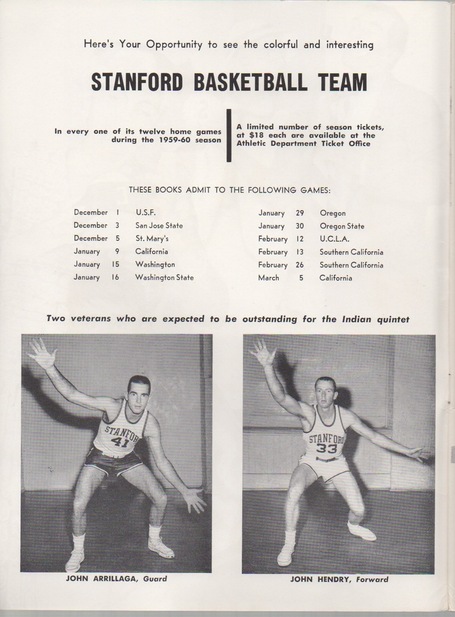 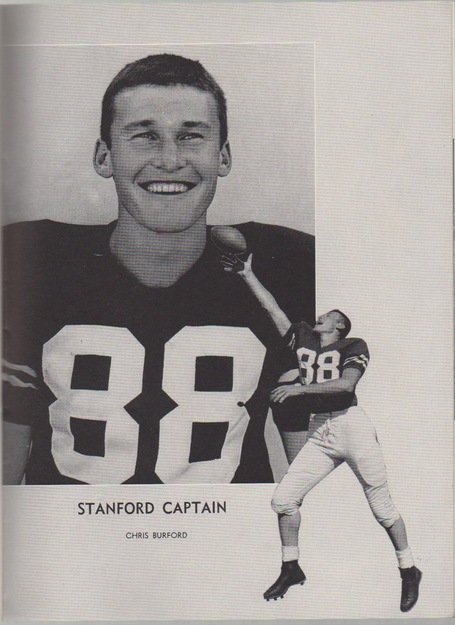 Before there was Randy Moss, there was Chris Buford. 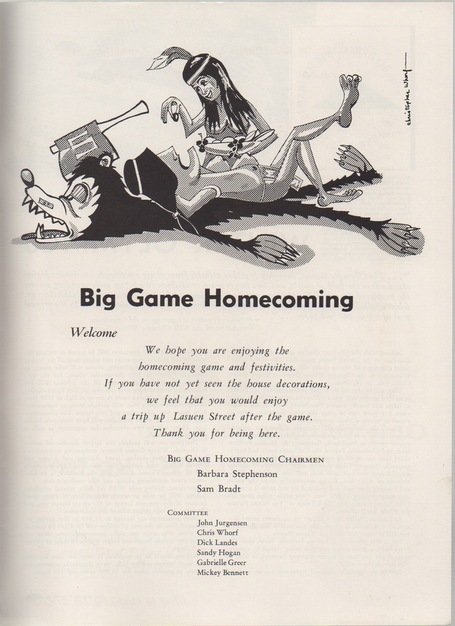