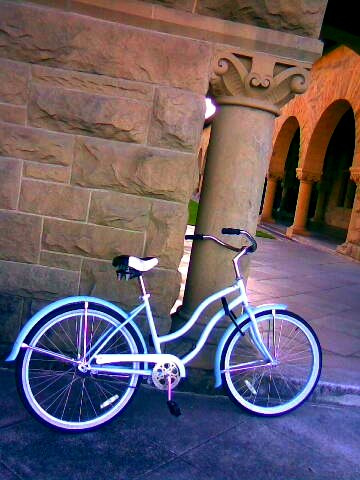 Stanford Athletics released yesterday the new parking guide for Stanford football in 2011.  While the lots remain the same (in fact, with the opening of the Knight Management Center and Parking Structure 7, a new parking garage is actually added), there are some substantial changes to the parking system for football that will probably anger more than a few people.

All of that isn't in any way surprising.  Those reserved parking spaces and lots have been in place for football for ages.  What is new, and what is sure to probably enrage Palo Altans and season ticket holders alike, is how the lots will be handled on game days.

So, if you want free parking, your best bet now is Wilbur Lot, Stern Lot, Tressider, or one of the parking garages free on the weekends and huffing it over to Stanford Stadium.

The reason why Palo Altans will get upset is because of the plan for moving traffic in and out of campus (or lack of it).  Last season, for the USC and Arizona games, traffic was, let's put it this way, less than ideal.  Many people who usually don't visit Stanford exited 101 at Embarcadero and traveled west toward Stanford along a medium-density residential neighborhood road with a 25 mph speed limit.  Consequently, traffic backed up along Embarcadero to 101 in both directions on the highway.  Attempting to enter campus from 101 to Embarcadero was a 75+ minute excursion.  Getting to campus via University or Oregon Expressway wasn't much better either, as both also backed up.

As far as I can remember, this had never happened before.  Even during the sold-out USC and Notre Dame games when Stanford wasn't good there was never an issue with lines of cars waiting to enter campus at Galvez and El Camino.  If you read the comments here or at SFGate and Jon Wilner's blog, though, you immediately saw why there was the backup -- the introduction of paid parking.  Families would go to Stanford thinking that, as in the past, parking was free.  When they got to Stanford, they instead found out that they would be paying the equivalent of a game day ticket to simply park at Stanford.

There are a few factors, though, that will probably ultimately determine how traffic is managed throughout Stanford and Palo Alto.  First, CalTrain has proposed cutting all weekend service and eliminating the Stanford Stadium.  A sizable number of fans took public transportation to the games on weekends (resulting in significant crowds crossing El Camino for USC), so if CalTrain cuts service, that's more cars that need to park on campus.  The upside is that pedestrians blocking traffic along El Camino and Embarcadero will be minimized, assuming Paly doesn't institute the $10 parking lots it did last year.  Another factor is that supposedly Stanford and Palo Alto are working on a new operational plan to move cars into and out of campus on game day -- how successful that will be, though, remains to be seen.

So in conclusion, if you want to go to a game at Stanford next fall and can only get to campus by car, your best bets to a pleasant parking experience are to either a) enter from 280 and park in the back of campus to avoid the $15 parking fee, or b) arrive really, really early.