Quick scenes from the end of Spring Practice session one

Share All sharing options for: Quick scenes from the end of Spring Practice session one

Today marked the end of the first session of Stanford football's two two-week Spring practice sessions.  Given that I only was equipped with a point-and-shoot and had to deal with an unruly Red Coat who kept thinking I was video filming the practice, I did as decently as I could.

Pics after the jump 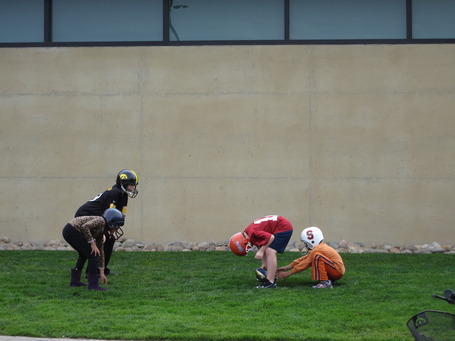 These kids were having their own practice next to Maples.  Even the girls got involved. 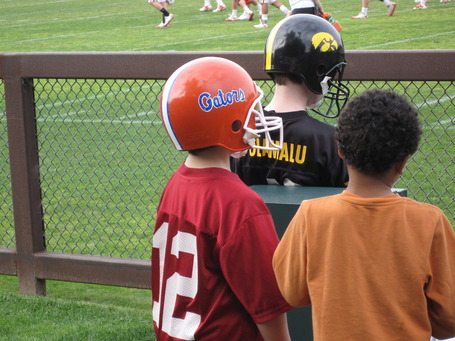 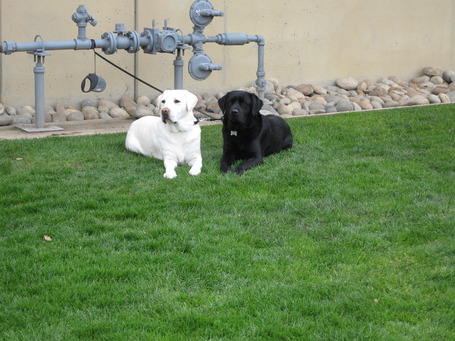 Yes, even our four-legged canine friends came along to watch. 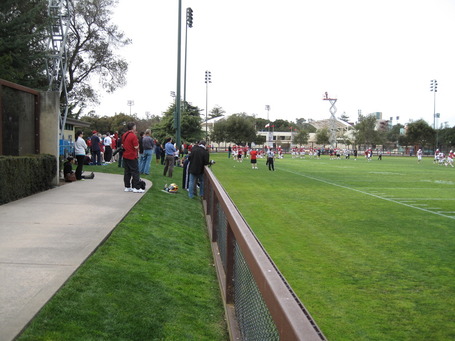 I couldn't get a good shot of the crowd, but I settled for a side view taken from the side of the Maples loading dock. 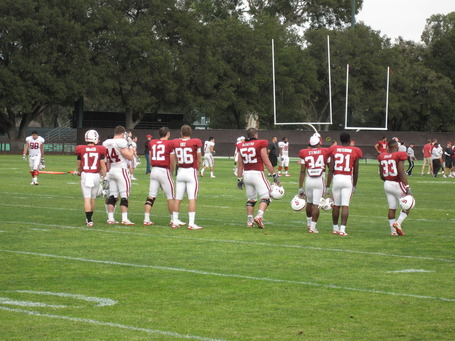 It was a full-contact practice, so yes, everyone got hit.  And yes, this O-line was by far the best out there. 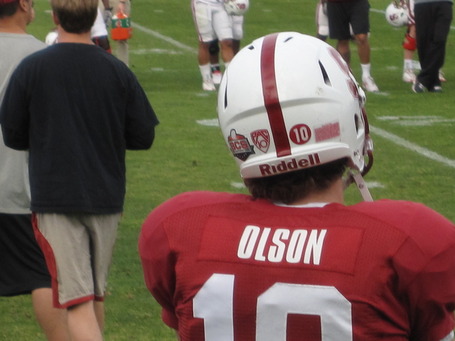 A shot of the helmets with the BCS stickers on them.  Note the conference sticker hasn't been changed to Pac-12 yet. 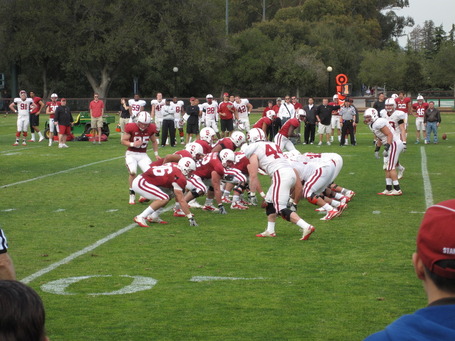 Luck was behind center for at least one series. 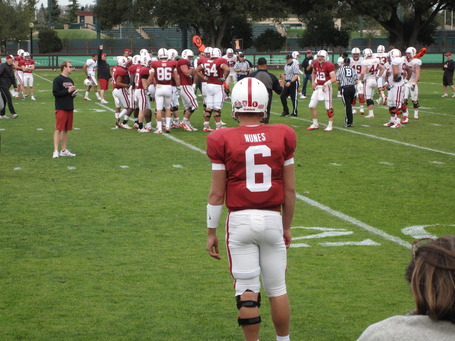 Nunes, Nottingham, Daniel, and Olsen all suited up for contact as well.  Picazo did not participate (I couldn't tell if he was injured, though). 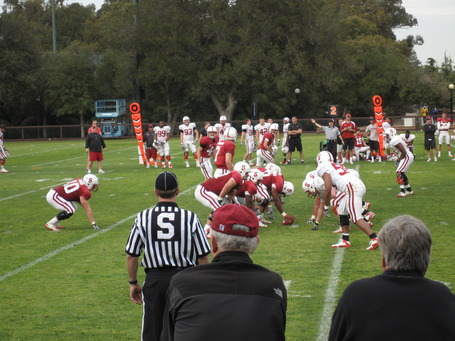 This practice featured a semi-scrimmage complete with refs and penalties enforced.  Some of you may remember back when Coach Willingham instituted push-ups-for-penalties back in the '90s.  That punishment is back for practices. 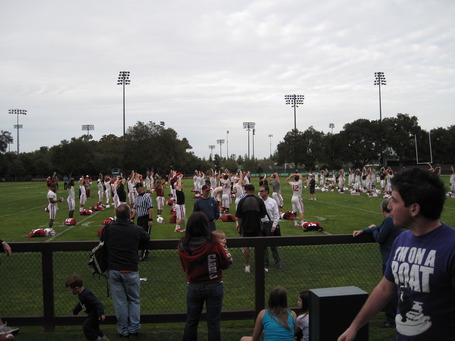 If there was anything substantial that I could take, it was that