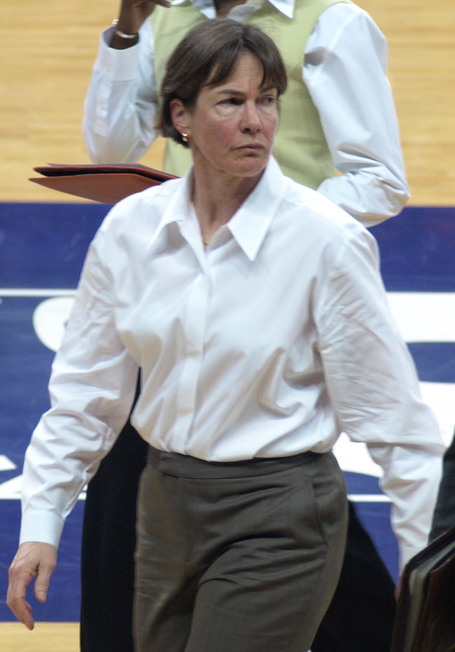 Well, I gotta give it up to Tara -- she doesn't bow to any program.  Ever. (via farm3.static.flickr.com)

Coming off of what could be described as a "disappointing" Final Four finish (what other schools can say they've been to the Final Four four consecutive times and call it disappointing?), Stanford Women's Basketball released their 2011-12 schedule today.  And it's a doozy.

Stanford faces a whopping 11 teams that went to the NCAA tournament last year, and three of them made it to at least the Elite Eight.  As expected, Stanford and Tennessee renew their rivalry for perhaps the most exciting game at Maples this year on December 20th, men's and women's games included.  Also on the home slate are home-opener Gonzaga (11/13), UC Davis (11/30), UCLA (2/9), and Utah (2/25).  Stanford also will host a mid-week mid-afternoon game again this year against Cal State Bakersfield on December 22nd at 2PM.

Amongst the notable road games is the always fun "We shouldn't host postseason games because our fans don't turn out" UConn (11/21), Texas (11/11), and Fresno State (12/4).  A quirk of the new conference schedule means that Stanford only plays the Arizona schools once this year, and that series is in the desert this year, so Stanford only faces tournament-qualifier ASU on the road.

Click here for the schedule and the presser from Stanford Athletics.