Stanford vs. UConn: Best and Worst

Share All sharing options for: Stanford vs. UConn: Best and Worst 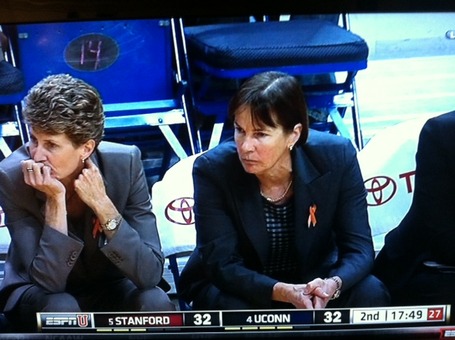 Here's a look at the best and worst from Stanford's 68-58 loss at UConn tonight. 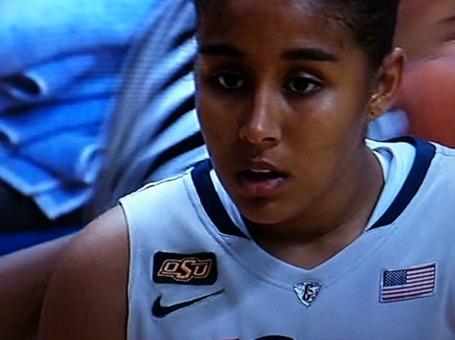 Worst Start: The game was scoreless until Chiney Ogwumike made a free throw more than 3 minutes in. UConn, which shot 70.7% in a recent win against Pacific, missed its first 10 shots, while the Cardinal started 2-for-11. Stanford led 5-4 with 12:38 to play in the first half.

Best Freshmen: Stanford's Jasmine Camp was very impressive off the bench, pouring in 14 points on 5-of-9 shooting, including 3-of-4 from 3-point range. UConn's Kaleena Mosqueda-Lewis stole the show, scoring a game-high 25 points and grabbing 8 rebounds in 33 minutes. 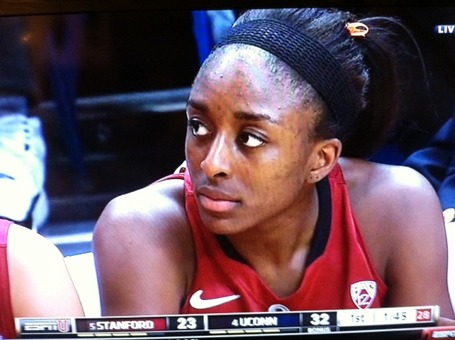 Worst Foul Trouble: Nneka Ogwumike picked up her second foul with more than 12 minutes to play in the first half and spent all but 6 minutes of the first half on the bench. Thanks to UConn's ice cold shooting, the Cardinal trailed only 32-26 at the break. Nneka scored a team-high 22 points in only 23 minutes, including 6 as part of a 10-2 Stanford run at the start of the second half that gave Stanford a 36-34 lead. She played the last 9 minutes with four fouls. 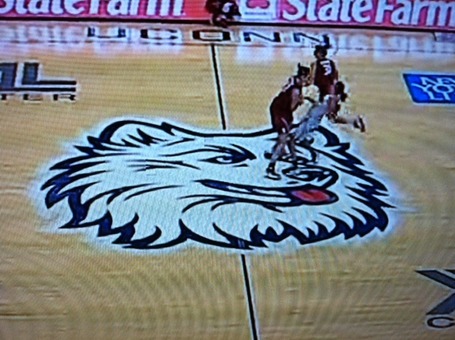 Best Screen: Sarah Boothe, who played 19 minutes with Nneka hampered by foul trouble, set a mean screen at halfcourt in the second half. She finished with 8 points on 4-of-5 shooting. 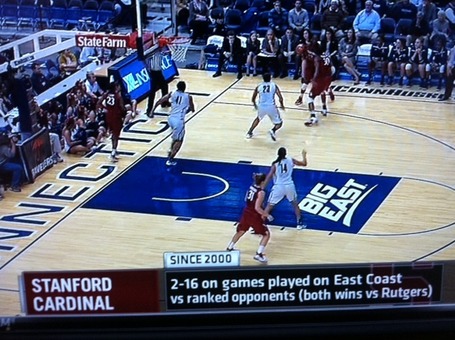 Worst Stat: The Cardinal has struggled on the East Coast against quality opponents over the last 11 years.

Best Block Party: UConn blocked nine shots, including five in the first 10 minutes of the game. 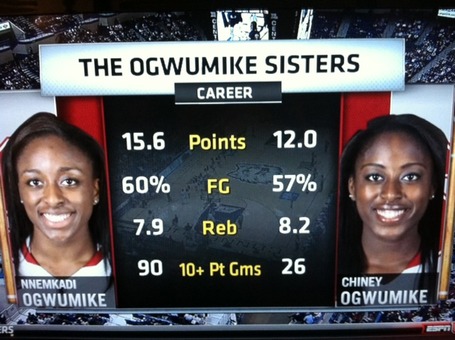 Best Duo: Chiney had a cold night shooting (3-for-12) and committed 5 turnovers, but she did grab 12 rebounds. The Ogwumike sisters were overshadowed by Mosqueda-Lewis and Bria Hartley, who combined for 44 of the Huskies' 68 points. Hartley shot 8-for-16 from the field and also added 4 assists, 3 steals, and 3 rebounds.