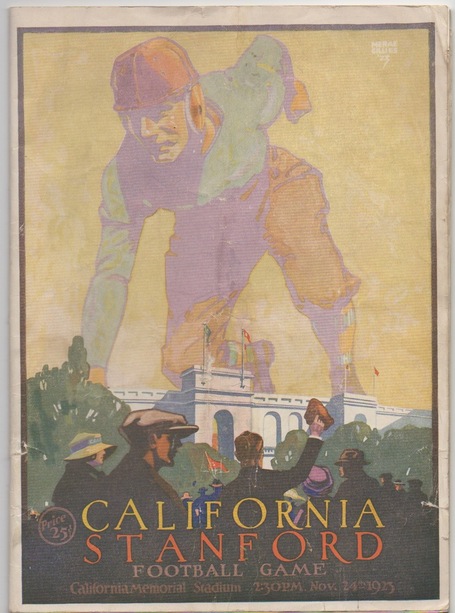 The 1923 Big Game was the first at Cal's Memorial Stadium, which opened two years after Stanford Stadium. From a two-page story in the program: "Nestled in the quiet coolness of Strawberry Canyon, commanding matchless panorama of rugged foothills, richly forested slopes, the beauty of Berkeley and the bay cities, and the illusive horizon of painted Pacific, this gem, the creation of man, has a setting of rare beauty of nature's framing. A finer site could not be found, and with the years, as the scars heal and the newness of concrete melts into the landscape, it will be more and more beautiful." Cal christened its new home with a 9-0 win. 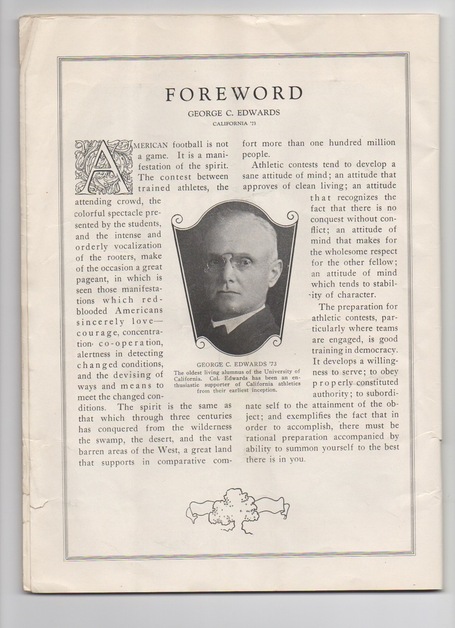 The foreword was written by Col. George C. Edwards, Cal's oldest living alumnus at the time. 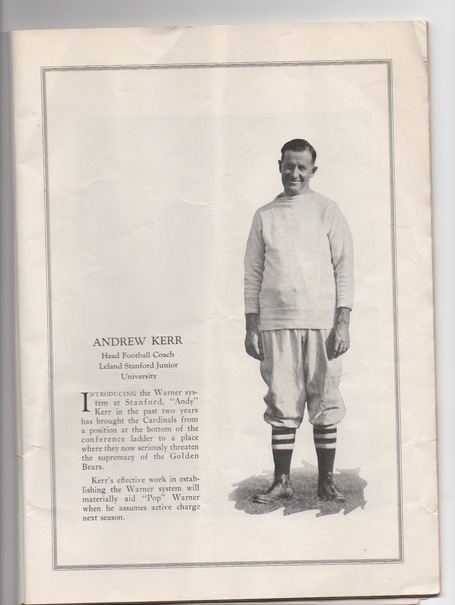 Andy Kerr and Tiny Thornhill installed Glenn "Pop" Warner's system at Stanford while Warner honored the final two years of his contract to coach at Pittsburgh. 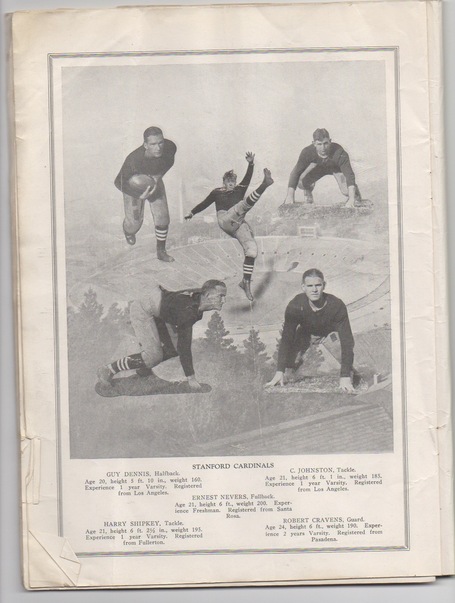 Ernie Nevers, center, was on his way to becoming a star. 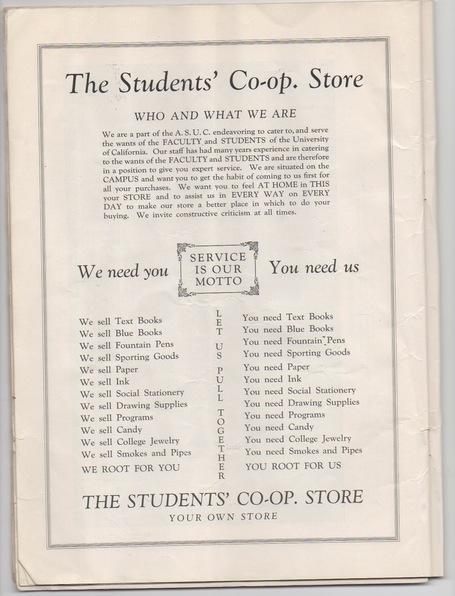