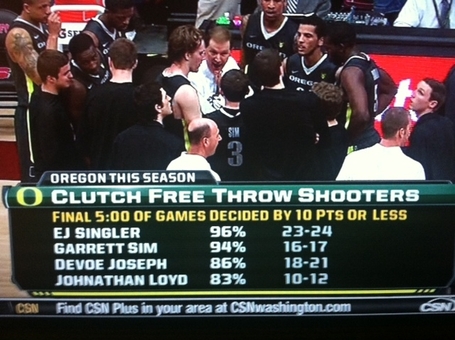 The Stanford men's basketball team ranks 284th out of 338 Division I teams in free throw percentage. Sunday's 11-for-22 showing at the line likely cost the Cardinal the game. | SF Chronicle

Aaron Bright and Josh Owens connected on a nice alley-oop (:38) against the Ducks.. | Fox Sports

The Stanford women moved up to No. 2 in the AP poll after St. John's snapped UConn's 99-game home winning streak. | ESPN

Stanford is loaded at running back. | Go Mighty Card

The Stanford men's volleyball team moved up to No. 1 in this week's rankings. | The Stanford Daily