Andrew Luck Throws a 44-Yard Strike While Falling Down

Share All sharing options for: Andrew Luck Throws a 44-Yard Strike While Falling Down

Stanford quarterback Andrew Luck has made a number of impressive plays this season. Occasionally, he'll do something that prompts grown men to take pictures of their television. (OK, so maybe I was the only one.)

Luck's 44-yard completion to Doug Baldwin while falling to his knees late in the first half of Saturday's 17-13 win at Arizona State was one such play, and it was a thing of beauty. (The floater that Luck threw to Konrad Reuland for a third-down conversion on Stanford's game-winning drive was just about as impressive, and certainly more meaningful. At least one Stanford fan knew the game was won after that play.)

You can watch a video of Luck's off-balance throw here and check out a frame-by-frame look after the jump. 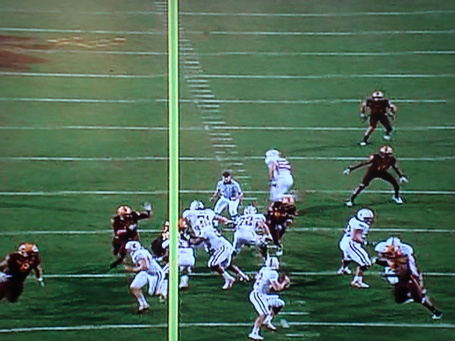 Luck drops back and recognizes the pass rush, which is coming from both ends. 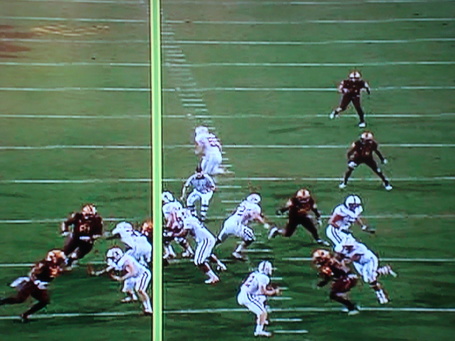 Luck plants his back foot and prepares to step up in the pocket. 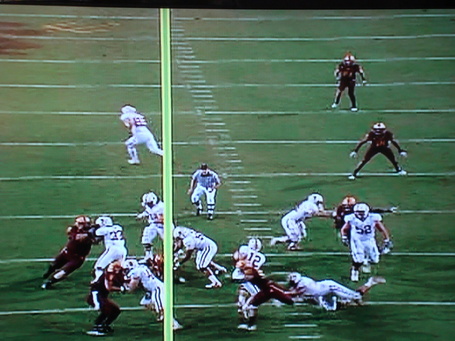 Luck manages to avoid the grasp of ASU defensive end Junior Onyeali, but loses his balance in the process. 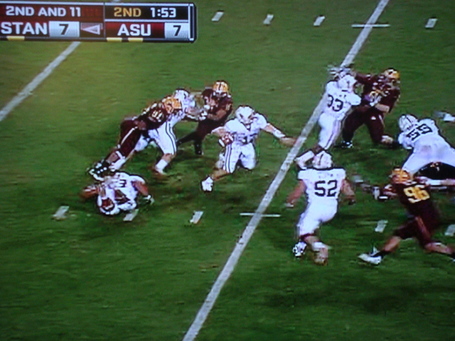 As he steps up, Luck spots Doug Baldwin open down field on a post route. 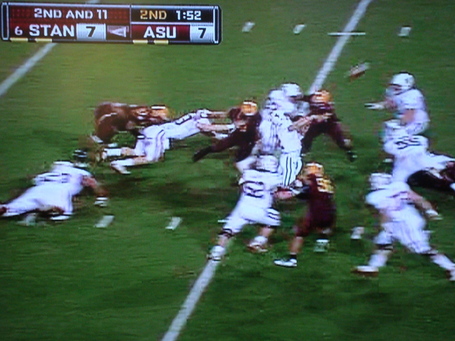 When I watched it live, I thought Luck's knee was down. 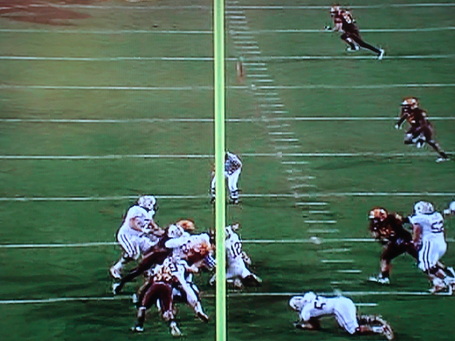 It wasn't. Luck releases the ball while falling forward, just before his knee hits the ground. 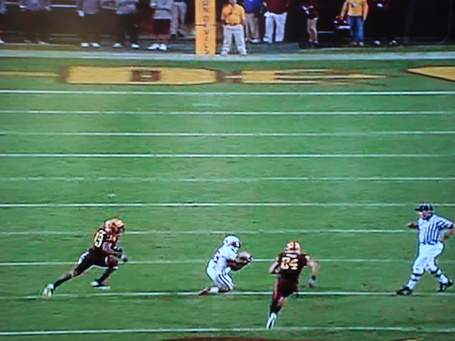