Jeremy Green Leads Stanford Past Virginia, Does the Dougie

Share All sharing options for: Jeremy Green Leads Stanford Past Virginia, Does the Dougie

It's hard not to be excited about Johnny Dawkins' young squad after last night's 81-60 win against the Cavaliers at Maples Pavilion. Junior Jeremy Green, who was limited to two points on 1-for-7 shooting in Monday's win over San Diego, found his stroke Thursday and led five Stanford players in double-figures with 21 points. Green received plenty of offensive help from the freshmen he referred to as "a bunch of little kids running around" during a taped segment for FSN:

Andrew Zimmermann had 12 points and five rebounds for Stanford, which shot 13-for-23 from 3-point range and only 6-for-14 from the free throw line.  Check out a collection of links and television photography documenting Green's swagger after the jump.

Aaron Bright was more comfortable than in his debut. | Stanford Daily

Stanford used a flurry of 3-pointers -- or a "tres punte barrage," as FSN color man Marques Johnson referred to it -- to bury the Cavaliers. | Mercury News

"After we made a mistake, they made us pay," Tony Bennett said of Virginia's 18 turnovers. | Washington Post

Green teaches Maples Pavilion how to Dougie and flashes the Hook 'em Horns sign after the game. Green is from Austin. 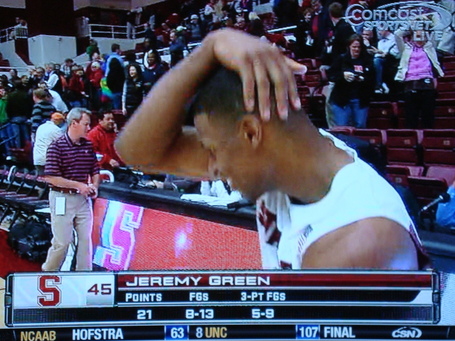 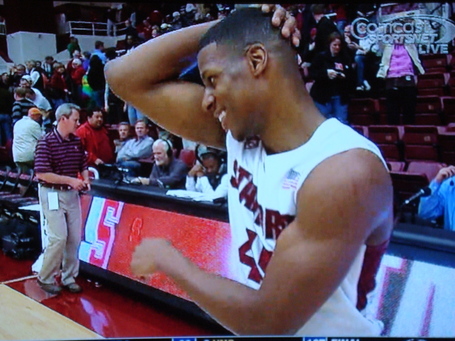 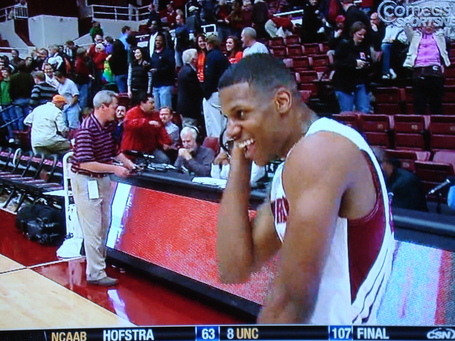 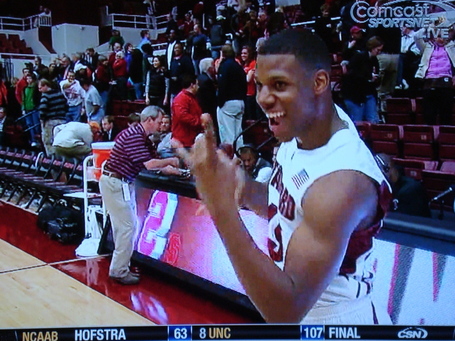 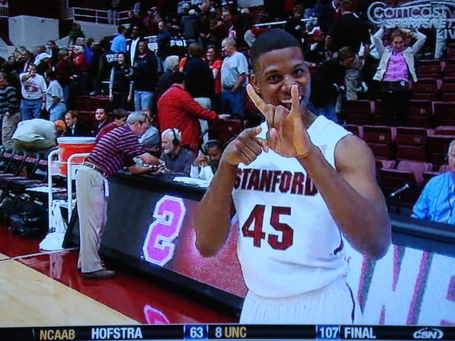