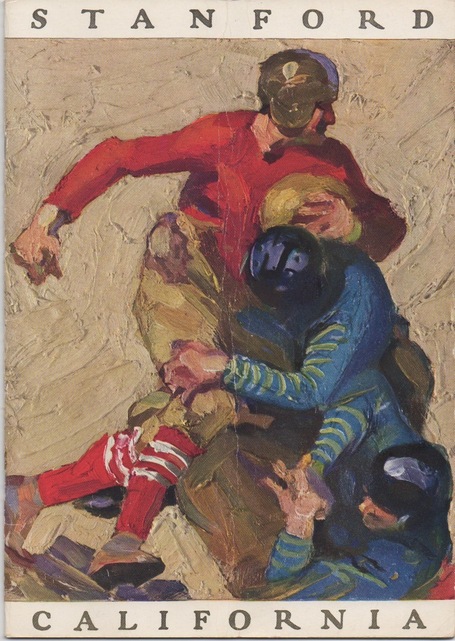 To the delight of the home crowd at Stanford Stadium, All-American fullback Ernie Nevers rushed for 117 yards and two touchdowns in his final Big Game, leading the Cards to a 27-14 win. It was Stanford's first win in the series since 1914. 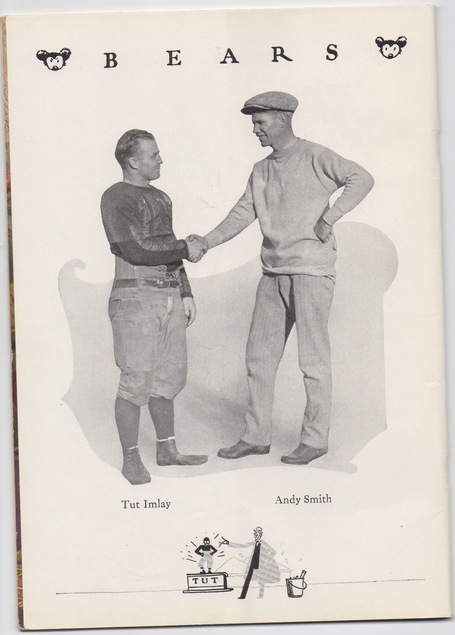 The sketch motif was used throughout the program. 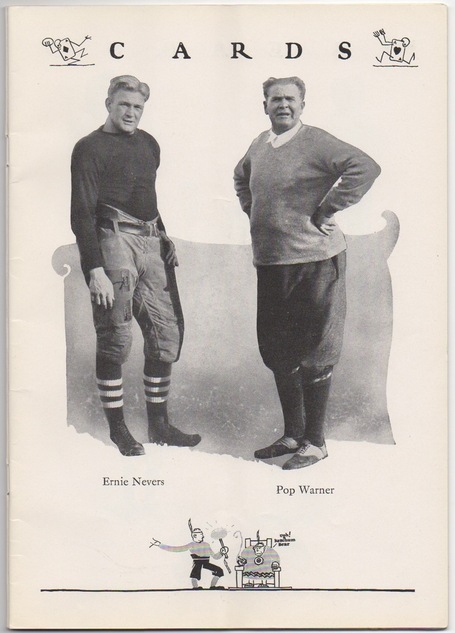 I especially like the illustrations of football-playing playing cards on the Stanford-themed pages. It was as good a representation of Stanford's evolving nickname as any, I suppose. 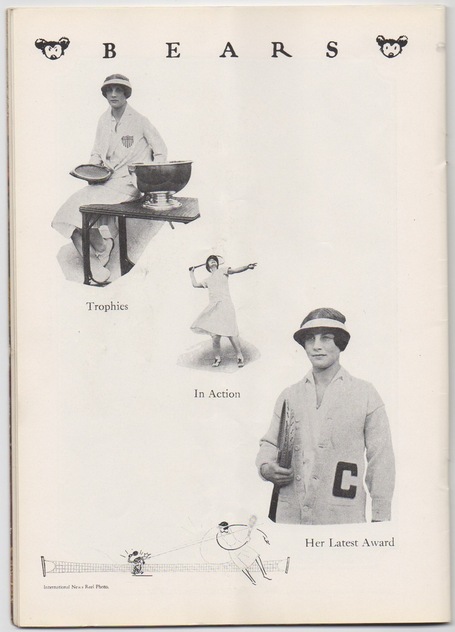 There was a page devoted to Cal tennis great Helen Wills Moody Roark, who won three consecutive US Opens during her time at Berkeley (1923-25). 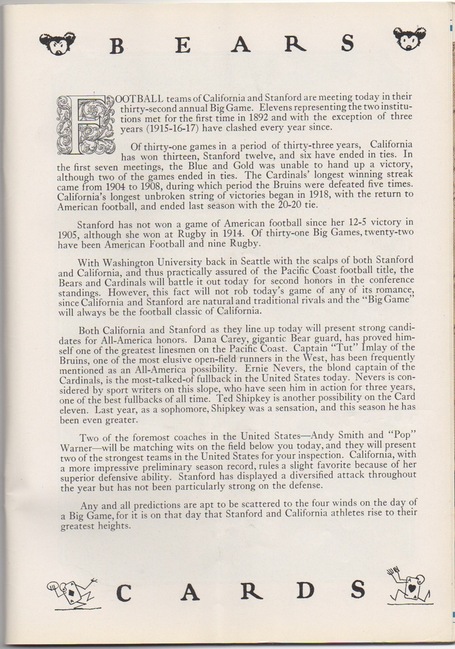 "Stanford has displayed a diversified attack throughout the year but has not been particularly strong on the defense." That should sound familiar to Cardinal fans. 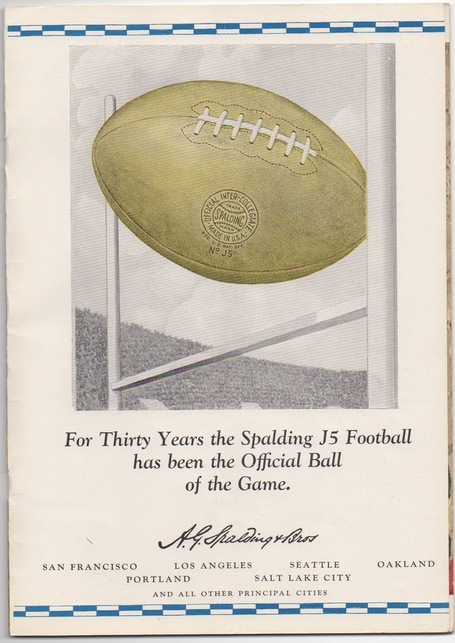