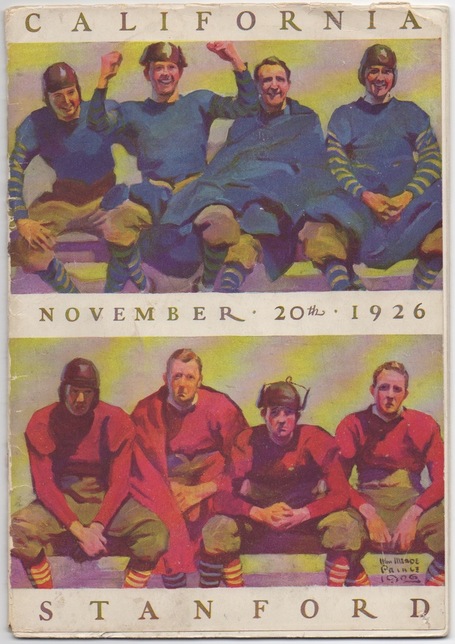 The 1926 season was one of the greatest in Stanford history. Stanford entered the Big Game with a 9-0 record and walloped Cal, 41-6, to earn a berth in the Rose Bowl.  Stanford tied Alabama in Pasadena, 7-7. The cover of the 1926 Big Game program was painted by William Meade Prince, an accomplished American illustrator who, according to an article inside the program, was best known for his work on a successful series of automobile advertisements.

The back cover of the program, which more accurately portrays the mood on both sidelines during the 1926 Big Game, and other select pages are posted after the jump. I expect to have the full PDF versions of the 1922-24 Big Game programs posted by the weekend. 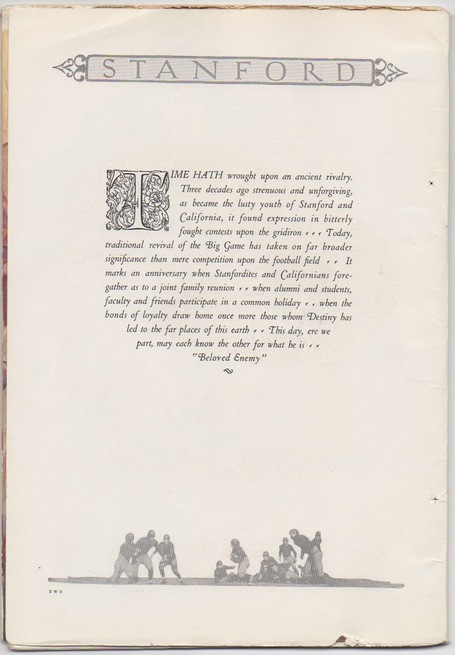 Stanfordites and Californians -- beloved enemies to this day. 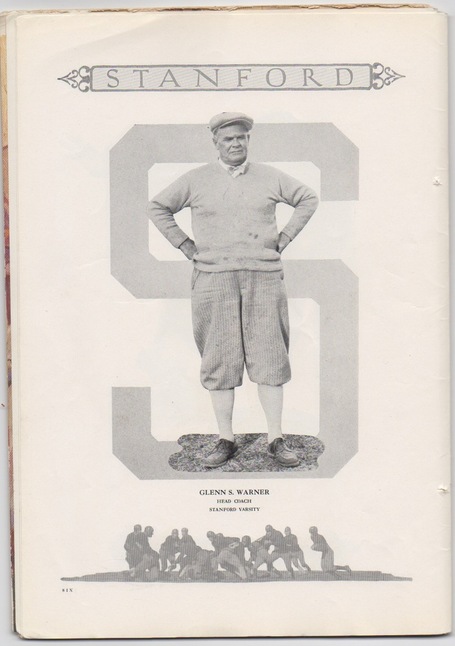 Glenn "Pop" Warner looks as if he's ready to tee it up. 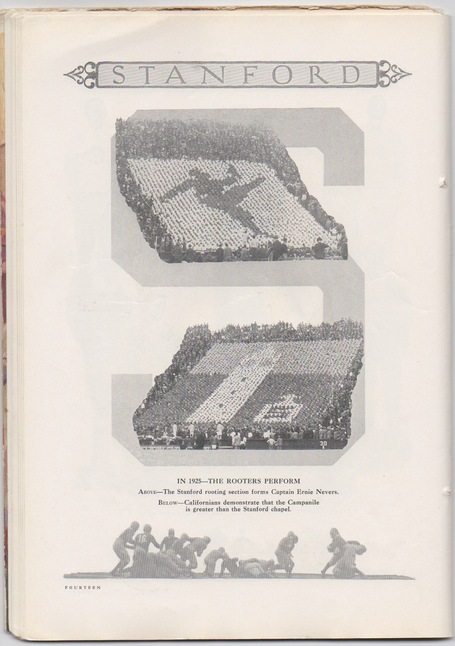 Stanford fans used to do card tricks, too. That's a pretty cool depiction of Ernie Nevers. Cal supporters show how the Campanile dwarfs the Stanford chapel. 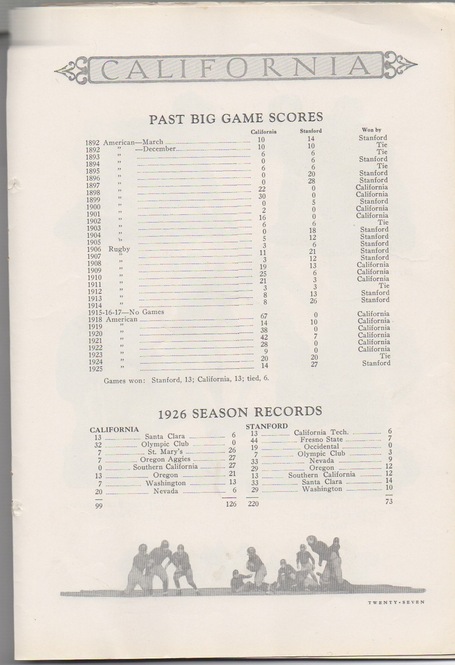 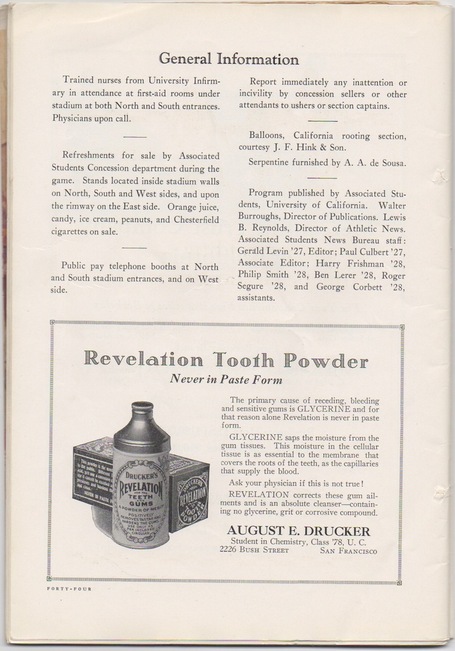 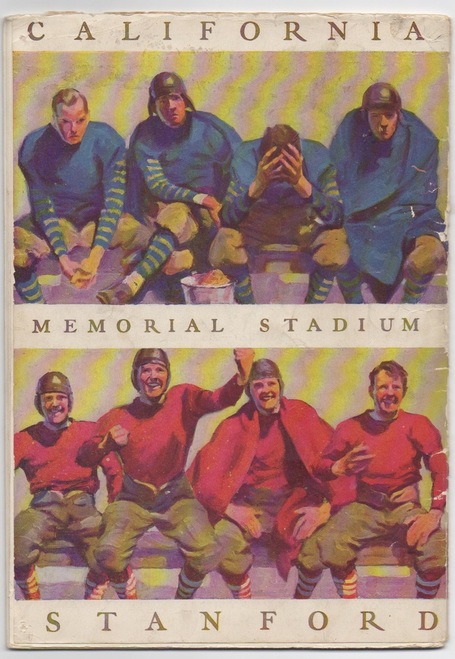