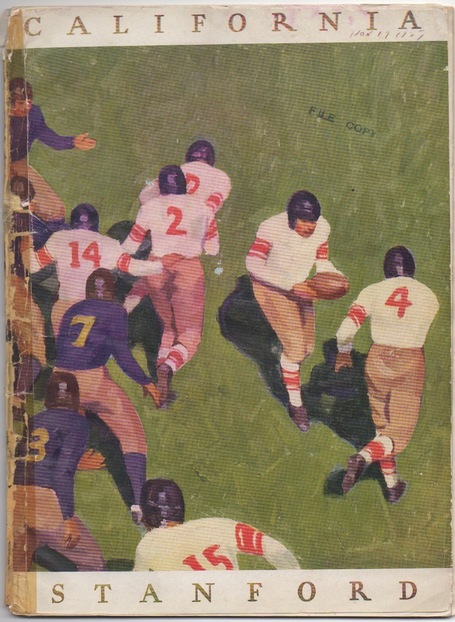 Continuing the Big Game Cover Project, I present the 1927 program. Stanford defeated Cal, 13-6, in front of a record crowd of 88,000 at Stanford Stadium. Pop Warner's squad finished 4-0-1 in the Pacific Coast Conference and went on to defeat Pittsburgh in the Rose Bowl. Check out a few inside pages after the jump, including one that depicts Stanford's then-traditional marching band. 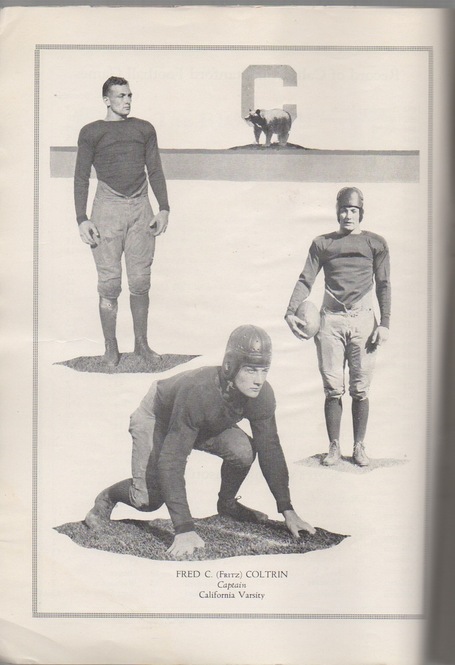 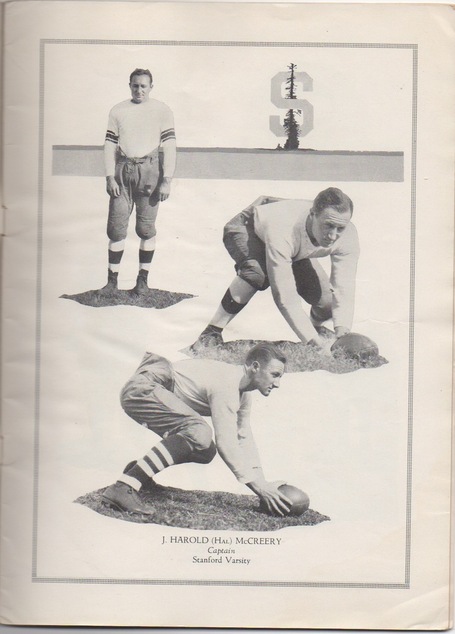 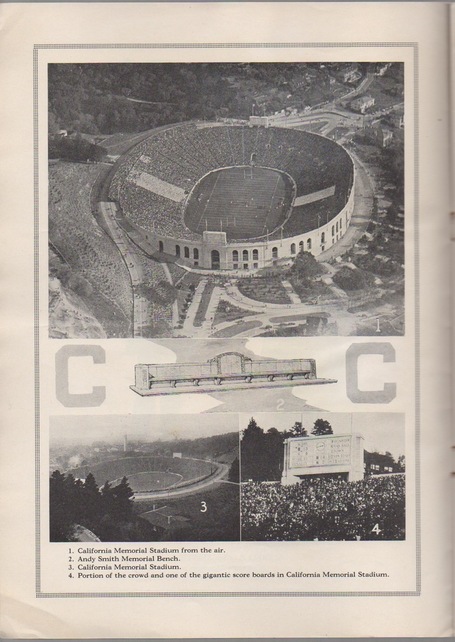 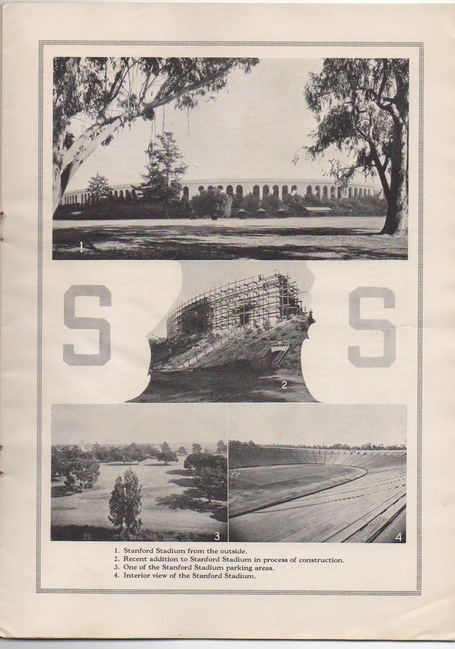 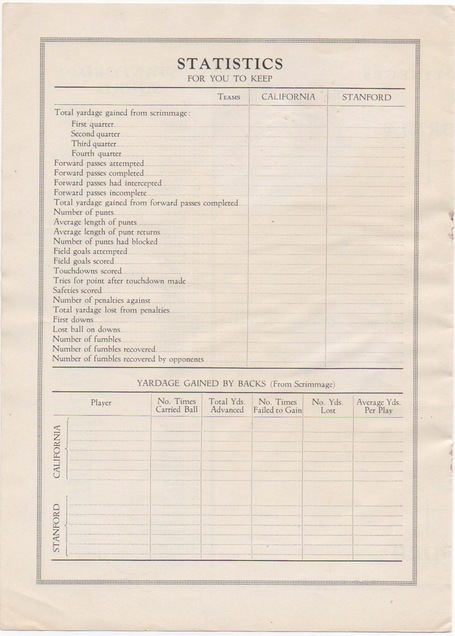 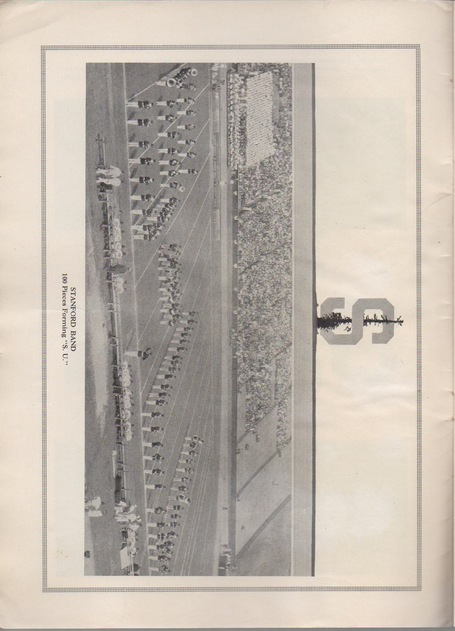 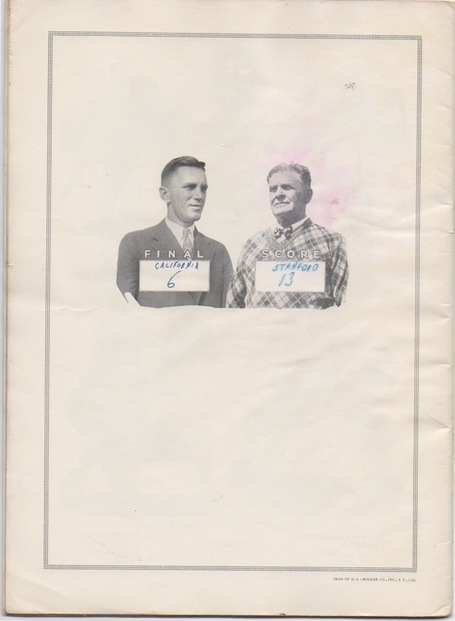